LOWER FORT GARRY — Exactly 146 years to the day Treaty 1 was signed at Lower Fort Garry, Parks Canada unveiled nine flags there Thursday afternoon to mark the anniversary of the legislation that forever altered the fabric of Canadian history.

LOWER FORT GARRY — Exactly 146 years to the day Treaty 1 was signed at Lower Fort Garry, Parks Canada unveiled nine flags there Thursday afternoon to mark the anniversary of the legislation that forever altered the fabric of Canadian history.

“It’s a beautiful legacy for us to witness,” Long Plain First Nation Chief Dennis Meeches said minutes before the flags were raised. “Today is a great example of reconciliation.”

When it was signed Aug. 3, 1871, Treaty 1 became the first numbered treaty made between Indigenous peoples and the Crown in Western Canada. After several days of deliberation and negotiation between Crown officials and Indigenous representatives, the agreement was reached and a bond established between European settlers and Canada’s first people.

Though its signing resulted in those Indigenous people ceding a significant portion of southern Manitoba to the newly established federal government, Treaty 1 is considered by many to be a representation of nation-to-nation relationships intended to foster respect and understanding between all people living in what is now known as Canada.

“We’re all treaty people here sharing one goal,” said Chief Lance Roulette of Sandy Bay Ojibway First Nation. “To grow, to be prosperous and to live in harmony with one another.”

Speaking to a crowd of more than 120 people, Roulette and other chiefs discussed the importance of the continued commitment by both the government and the public to recognize and acknowledge the history of Canadian land and the legacy of the agreements that shaped and continue to define the country.

Brokenhead Ojibway First Nation Chief Jim Bear acknowledged the flags’ installation as an important step, but he called on all levels of government to continue to address and commit to reconciliation efforts.

Jim Carr, the federal minister of natural resources and the MP for Winnipeg South Centre, spoke at the event’s opening and attended a traditional pipe ceremony prior to the flag installation.

Loretta Ross, the Manitoba treaty commissioner, said the flags will now serve as a visible acknowledgment of the deep ties that First Nations in Manitoba and across Canada have to the land acquired by the government through treaties.

“When you see the flag of your community flying, it gives pride and gives a level of understanding,” she said.

Carl McCorrister, a retired teacher from Peguis First Nation, felt a deep sense of joy upon seeing his community’s flag — a green, yellow and blue tapestry with a red ring representing the circle of life at its centre — fluttering in the wind at Lower Fort Garry.

With the blue representing water, the green representing nature, and the red representing his people and ancestors, McCorrister said the flag serves as a reminder of his strong connection to Manitoba.

“In many ways, the flag symbolizes Treaty 1,” he said.

As the flags made their way up the poles, organized in a wide semi-circle, the crowd stood silently as one man banged a hand-held drum with authority, singing loudly and passionately, his voice echoing across the grounds.

For a long time, Meeches pointed out, holding Indigenous ceremonies and celebrating Indigenous culture was illegal; It wasn’t that long ago before they became publicly acceptable.

The raising of the flags might seem minor to some, but Ross, Carr and, most importantly, the chiefs and elders present, hope their presence will act as a signal of comprehension, understanding and reconciliation for years to come. 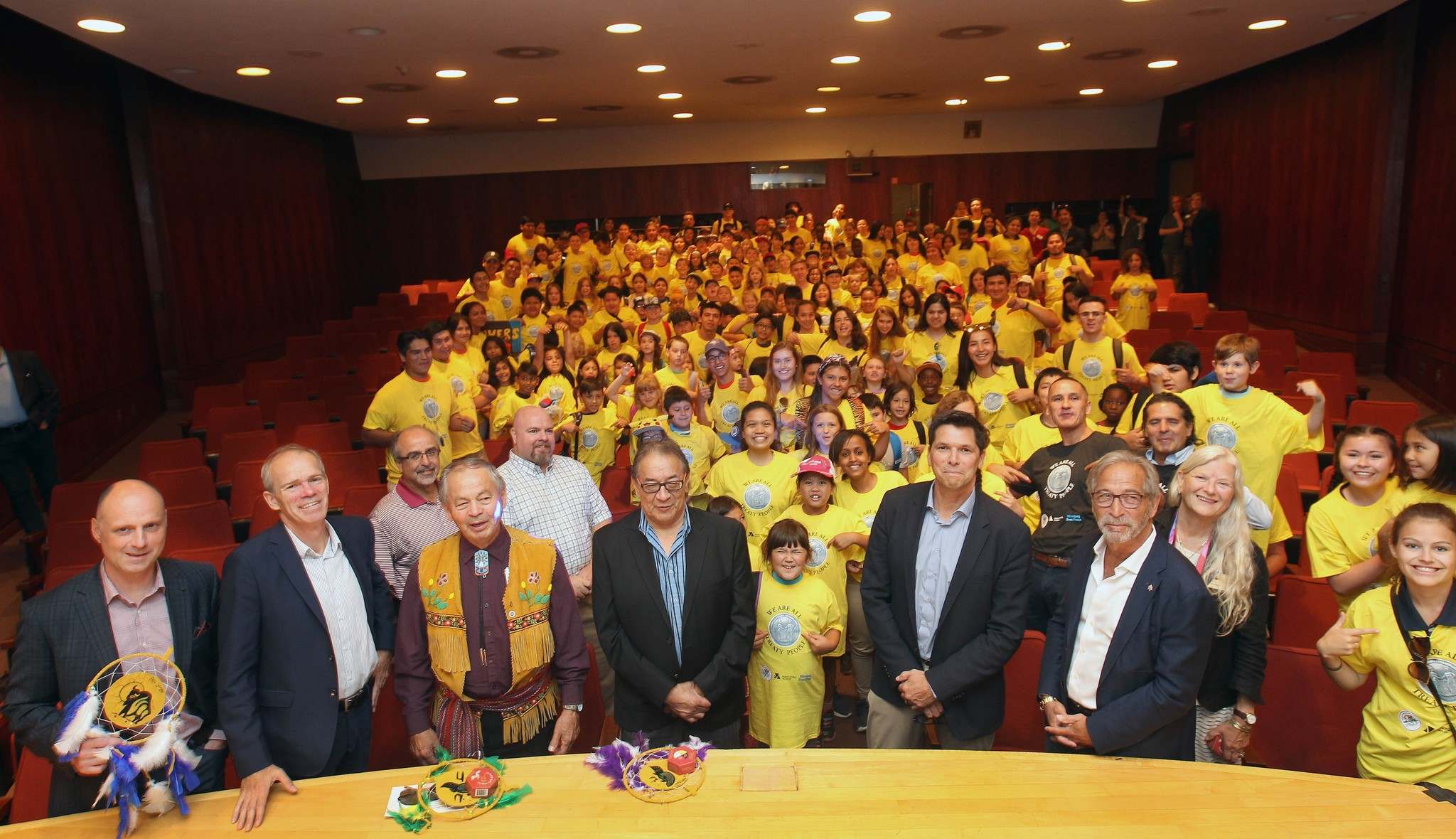 Honouring the treaties a guide for present, future 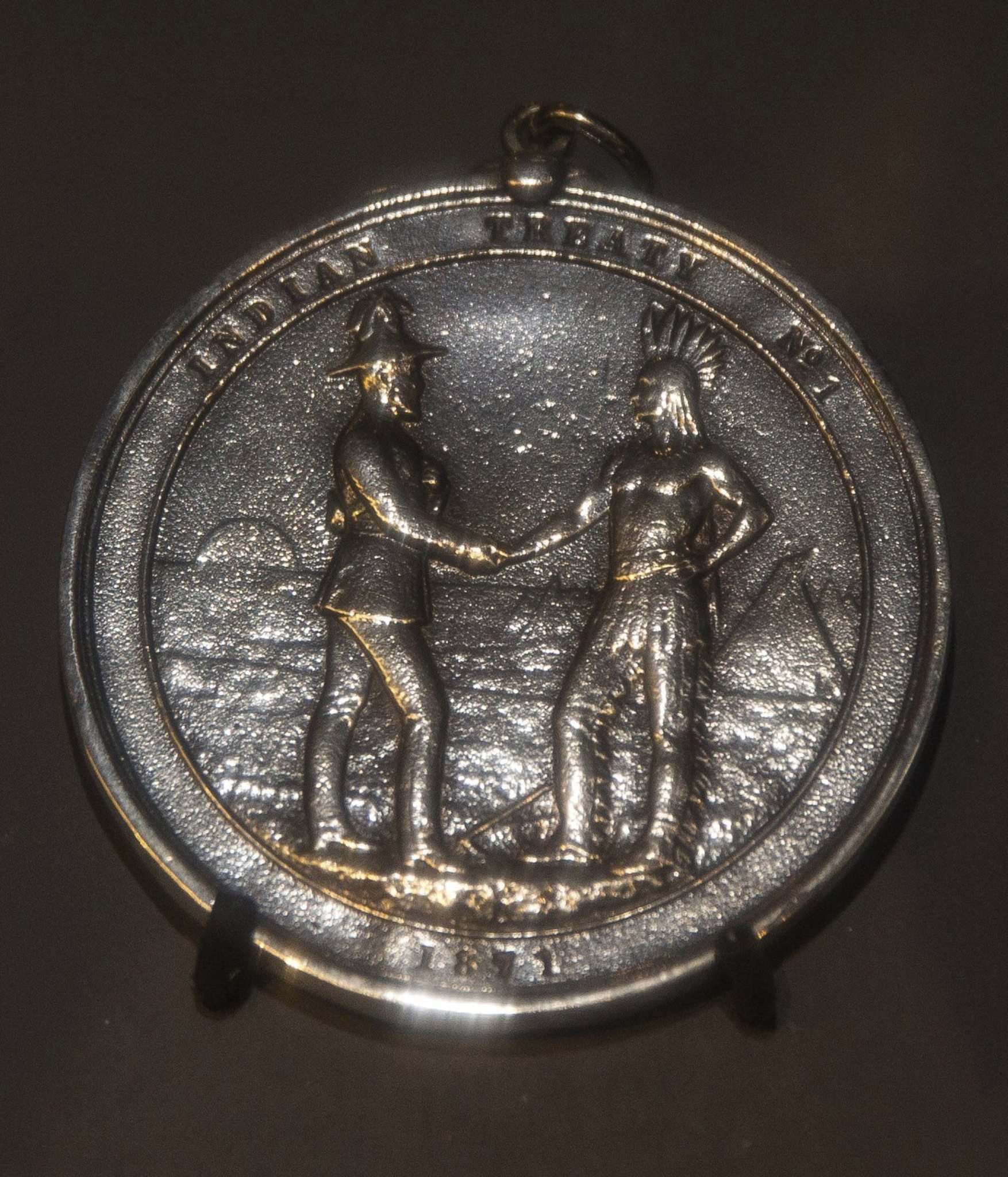