Thompson, Churchill being 'held as pawns' in rail-line dispute

OTTAWA — With Omnitrax raising Churchill’s gas prices past $2 per litre, and cutting back Thompson’s rail lifeline, northern Manitoba communities are begging Ottawa to not let the company use them as pawns as the two ratchet up the rhetoric.

OTTAWA — With Omnitrax raising Churchill’s gas prices past $2 per litre, and cutting back Thompson’s rail lifeline, northern Manitoba communities are begging Ottawa to not let the company use them as pawns as the two ratchet up the rhetoric.

On Wednesday, the Denver-based company told Town of Churchill officials it would be increasing gas prices by 30 per cent — effective immediately — to account for the higher cost of shipping fuel north.

It’s the latest in a series of moves by Omnitrax that have put the region on edge since Ottawa threatened the company with legal action.

Thompson’s three fuel suppliers say Omnitrax phoned sometime after 4 p.m. on Oct. 20, saying freight rail shipments would be reduced to once a week (from two).

“We’ve kind of been held as pawns for Omnitrax,” said Thompson Mayor Dennis Fenske, whose city of 13,000 is a fuel and supply hub for 4,000 residents further north.

“The fallout from either side not holding up their obligations… is that on the ground it effects the day-to-day life of individuals and companies in the north that depend on the rail system.”

Rob Bilawka, manager of Doak’s Fuel Supply, said the phone call led to uncertainty about when, or if, the next shipment would come. He still has yet to receive a written notice.

“We did get tank cars (Sunday), but it wouldn’t surprise me if they didn’t show up,” he said. “It’s very, very sketchy, the way they’re doing that.”

Bilawka said he can no longer call a staff member in northern Manitoba to learn when fuel is coming, due to layoffs in Omnitrax’s Thompson office.

He pondered whether the unsteady service is a ploy to wean suppliers off rail service, but was also unsure if Vale’s decision to close its Thompson smelter meant a hit to the rail line’s business. “You just don’t know anymore,” Bilawka said.

No one at the Stittco Energy plant was authorized to speak with media, but its Ontario-based owner, Superior Propane, said it’s also pondering whether it will have to move from rail to trucking for its gasoline shipments.

“That would be more expensive and put some additional traffic on the road, but it would be a way to supply the community,” company president Greg McCamus said.

In The Pas, mayor Jim Scott says about a dozen Omnitrax employees remain in town, down from about 60 after summer layoffs. More recently, locomotives have been sent to the south end of the town’s rail yard, putting them out of service and on-track to be shipped south.

“It’s such a mess and it’s been a mess for so long. And it’s just incredible that nothing’s been done about it. Just blows my mind,” said Scott, whose cheery demeanour gave way to frustration.

“It’s stunning. We have met so many times, I just do not understand,” said Scott, who said he’s heard nothing from federal politicians. “If we have to go to court, let’s go to court.”

The Pas is still served by a CN Rail line, but Scott believed local paper company Kraft needed Omnitrax’s line and supplies to ship its product to market. The company was not available for an interview Wednesday.

Omnitrax refused to clarify how many people it’s laid off this year, and how much equipment it’s already removed.

A spokeswoman referred to a Friday statement in which the company claimed the entire rail line was not profitable — not just the spring flood-damaged segment leading to Churchill — and all decisions it makes are based on economic viability. Fenske questioned that logic, with his region counting 17,000 people compared with Churchill’s 800.

At a meeting last week between the town and the three fuel suppliers, officials estimated if freight rail service stopped entirely, it would lead to some 250 fuel trucks needing to take Highway 6 up from the south, which is a one-way road. It’s unclear how many of those trucks would be single- or double-tank vehicles.

Fenske, who said he saw blowing snow when driving that highway Sunday, said storms already make the road dangerous in January. “Now move that amount of trucks, in addition to what’s already there, and now we’ve got a safety issue.”

Federal Energy Minister Jim Carr phoned Fenske on Tuesday, and the mayor said the lone Manitoban in cabinet seemed concerned and knowledgeable of the issue. Fenske said Carr connected him to Transport Canada officials, to ensure any truck usage complies with safety rules.

Carr’s spokesman, Alexandre Deslongchamps, wouldn’t speak to whether Omnitrax was antagonizing communities in the region.

“These are challenging times for the people of northern Manitoba, and we are working hard to find solutions that support the immediate and long-term interests of the region,” he wrote Tuesday.

The next day, gas prices went up in Churchill by 30 per cent. That same price hike happened July 20 for a few hours, when Omnitrax said staff accidentally passed told stations to sell gas at $2.33 per litre, to account for fuel shipped by boat. The company said it would first use up the cheaper gas that had arrived by rail.

In a Wednesday statement to local residents, Omnitrax said it’s depleted that fuel, and the gas that arrived July 15 cost the company 30 per cent more than usual.

“We understand that this cost increase is an additional challenge for everyone in Churchill that comes at a difficult time. Unfortunately, we are unable to delay the cost increase any further,” reads the statement.

Churchill Mayor Mike Spence said he’s reached out to Ottawa and the province for help.

Local airline Calm Air has offered to pay for more fuel set to arrive in Churchill shortly, and store it in its own tanks.

Manitoba Premier Brian Pallister called the fuel-price jump “disappointing,” adding it opens Omnitrax to criticism it may “be using the situation to serve other purposes than the well-being of the people in the area.”

Pallister said it is too soon to say what steps the province might take to mitigate the situation.

“I’m certainly concerned that we do everything we can in our realm of jurisdiction to help. We have been doing that,” the premier said. But he noted that responsibility for the Port of Churchill and its damaged rail line lies with Ottawa.

Pallister said it is “not helpful” when Opposition MLAs point fingers at his government because it takes the focus off of the federal government’s responsibilities in taking the lead on Churchill.

“We’ve seen this slow train wreck unfolding. For months and months, the provincial government and the federal government have known that there is a crisis unfolding in Churchill, and both sides have refused to act. And now we’re starting to see (impacts) on the affordability front,” he said.

Despite pledges of support, “there’s no indication that (the province is) bringing new resources to the table to help the people of Churchill,” Kinew said.

The federal government remains laser-focused on its Oct. 13 legal threat, asking Omnitrax to repair service on the line by Nov. 12 or face a $18.8-million lawsuit to get back funding Ottawa pledged to improve service along the line.

That prompted a tell-all in which Omnitrax claimed Transport officials declined to visit the line after its May 23 flooding, and delayed efforts to transfer the line to local hands.

Scott said people in The Pas are skeptical of how Ottawa’s handled the province’s rail woes. “I see no evidence of the federal doing anything other than talking.” 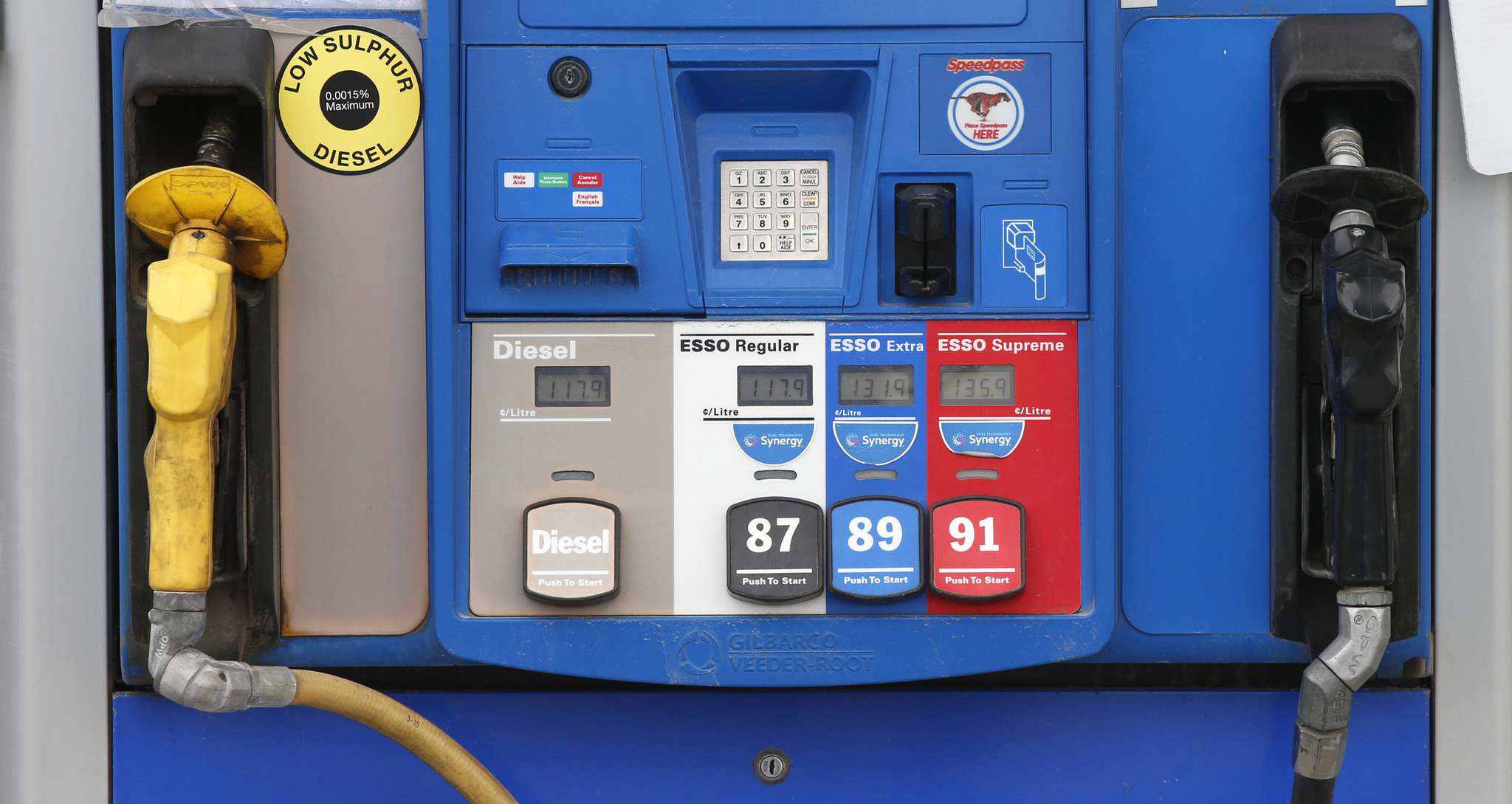