A labour coalition’s plea for an injunction to block Premier Brian Pallister’s public-sector wage controls will be heard in court May 29.

A labour coalition’s plea for an injunction to block Premier Brian Pallister’s public-sector wage controls will be heard in court May 29.

A coalition of 25 labour unions and organizations filed the bid for an injunction July 4 as part of a larger lawsuit claiming that the province’s Bill 28 is unconstitutional.

The MFL will not speculate how long it could take to get a ruling.

Since Pallister first tabled Bill 28, labour has predicted that the bill will eventually end up before the Supreme Court of Canada. The government has passed but not yet proclaimed the wage-control legislation.

“We have called for all hands on deck as we work to restore our fiscal situation to ensure the sustainability of public services, to protect front-line workers and to avoid higher taxes,” Finance Minister Cameron Friesen said in a statement to the Free Press. “Bill 28 was introduced and passed as part of these broader efforts, but it has not yet been proclaimed into law. Our preference remains on labour-relations solutions reached in the boardroom, not the courtroom.”

Meanwhile, there has been virtually no bargaining within the 120,000 members of the public sector the bill covers, and at least 30,000 health-care employees have been without a collective bargaining agreement since April 1.

“There has been little bargaining going on in the public sector,” Rebeck said. “Health-care unions have been eager to start meeting, but no dates have been set by government.”

Bill 28 dictates that as existing collective bargaining agreements expire, the contracts that replace them for the 120,000 employees will cover four years, with the combination of wage and benefits freezes in each of the first two years, a 0.75 per cent increase in the third and one per cent in the final year.

The lone bargaining unit to settle under Bill 28 so far is the University of Manitoba Faculty Association, which has warned the university that professors expect to go back to square one in bargaining if the courts toss out the legislation.

About 2,000 staff at Red River College and Assiniboine Community College have been without a contract since June.

About 15,000 teachers will have their wages frozen July 1, when their current agreements expire. The 3,900 members of the Manitoba Association of Health Care Professionals’ deal ends March 31, as does the Winnipeg Regional Health Authority’s contract with home-care attendants and support workers.

Pallister has estimated that the wages and benefits of public-sector workers add up to about $10 billion a year.

The bill covers employees of the government; government agencies, including Crown corporations; Child and Family Services; post-secondary institutions; offices such as the auditor general, ombudsman and children’s advocate; school divisions; the legislative assembly; and any other employer designated by regulation.

The related Bill 29 is also in limbo. Not yet proclaimed, it will significantly reduce the number of bargaining units in the health-care system. 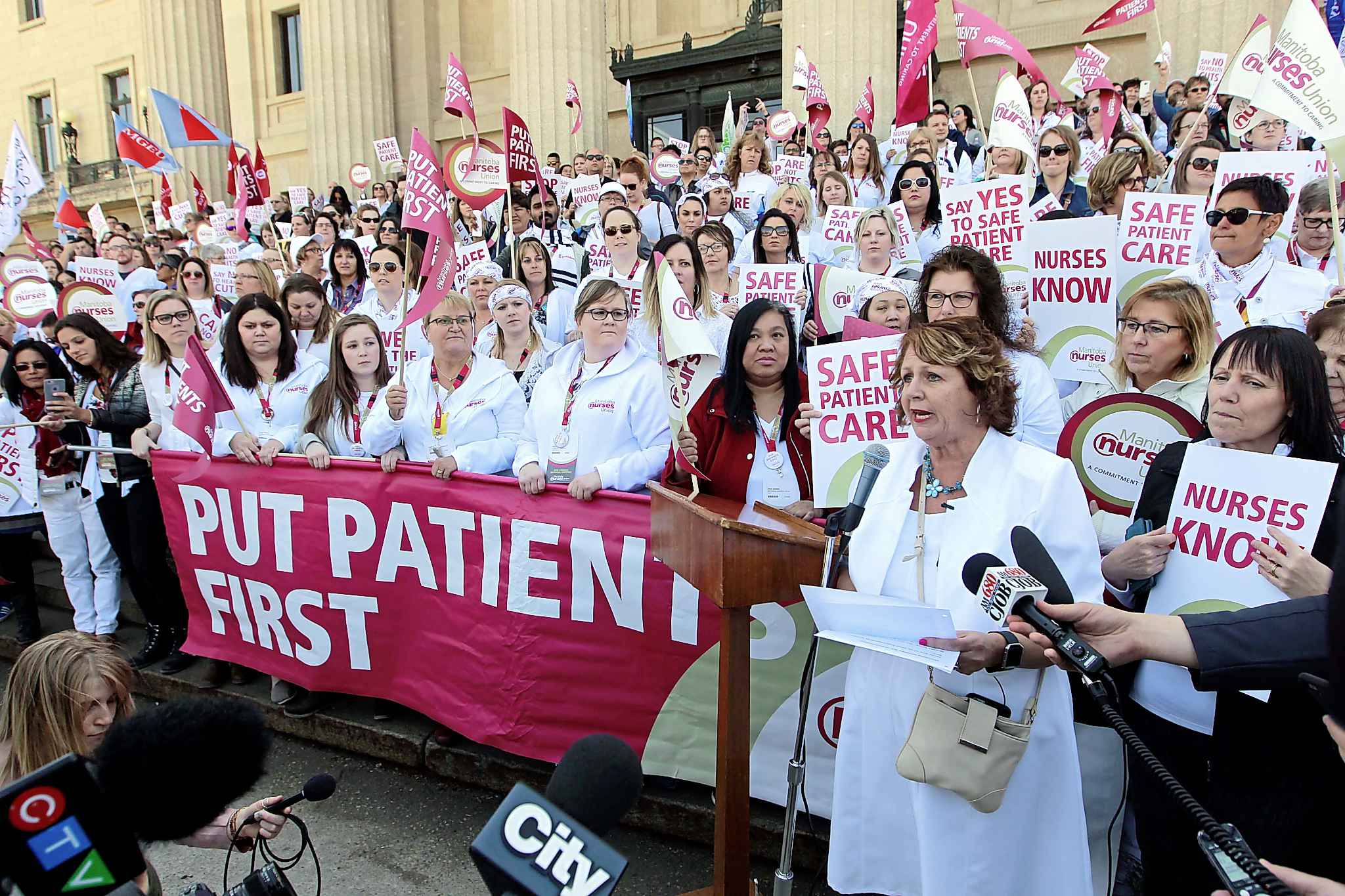