The high-profile president of the Winnipeg’s firefighter union defended an agreement in which 60 per cent of his union salary is subsidized by Winnipeg taxpayers.

The high-profile president of the Winnipeg’s firefighter union defended an agreement in which 60 per cent of his union salary is subsidized by Winnipeg taxpayers.

According to a 2014 agreement, United Fire Fighters of Winnipeg is responsible for paying 40 per cent of Alex Forrest’s salary, which in 2016 was just over $116,000, according to the City of Winnipeg’s annual compensation disclosure document.

He currently holds the rank of captain but he’s on leave from his position. Forrest has been union president since 1997 and while he’d worked the occasional shift as a firefighter until about 2013, his primary focus is his union work.

Forrest said he believes the city gets good value from the work he does, on behalf of the city past and present with the province, nationally and internationally.

Forrest said he sits on several civic committees and he has worked as a liaison for the city on emergency response services negotiations with the province. He’s also sat on various federal and international committees and been given various awards, including the Queen Elizabeth Diamond Jubilee Medal in 2012.

As an example, Forrest credited his union work for spearheading provincial legislation, in Manitoba, and then in other provinces, which recognize firefighters have the right to disability pensions for certain kinds of cancer linked to their work. Australia and the European Union have both picked up the legislation standard and they’re taking it forward.

“This is something the city put forward… and one of the reasons they did was the city had been reimbursing me because I sit on so many committees that almost all my salary had been paid by them for two or three years before that,” Forrest said.

The city, however, contradicts Forrest’s claim that he sits on civic committees or does any work at all for the city.

Prior to the 2014 agreement, the city was paying 100 per cent of Forrest’s salary as union president, Finley said.

Forrest said the spokeswoman may have misunderstood his work.

He listed the committees which cover issues from labour management and fire services, to health and safety, mental health and PTSD, and Winnipeg Fire Paramedic training.

“And those joint committees are what the city has always paid my salary for,” Forrest said.

City finance chair Coun. Scott Gillingham (St. James Brooklands Weston) confirmed Saturday night he had been unaware of the agreement since it predated his election.

While he confirmed it is a legal document and remains in place, it probably shouldn’t be renewed.

“The terms state the agreement is in place as long as Alex Forrest is president of UFFW.

“In my view, any subsequent agreement should ensure the UFFW compensate the City of Winnipeg for the full value of the UFFW president’s salary,” Gillingham said.

Transcona Coun. Russ Wyatt, a member of the city’s standing committee on protection, community services and parks said he was also unaware of the arrangement and he called it “outrageous.”

After a search of his own records, the city councillor said the only indication he could find in city documents that notified council about the agreement was a vague, single-line reference in  2014. And that was passed on as information to council nearly a month before the agreement was signed, Wyatt said Saturday.

The agreement was signed as part of the firefighters’ collective contract and it was attached as a letter to the agreement, not uncommon in labour negotiations.

Since then, that agreement has expired and been replaced by a new four-year agreement that runs until 2020, Wyatt said.

“It’s outrageous we’d be paying a union president’s salary, any union salary. It should be the members in the union who pay it. It should be paid from the member unions dues. I think the union should step up and pay the city back,” Wyatt said.

In the city’s most recent budget, the fire and paramedic budget decreased for the first time in more than a decade.

Forrest, known as an advocate and strategist for the significant role of firefighters as well as a lawyer,  confirmed Saturday the salary agreement ends with him.

Forrest said he’s planning to stand again for another two-year term as union president in February. 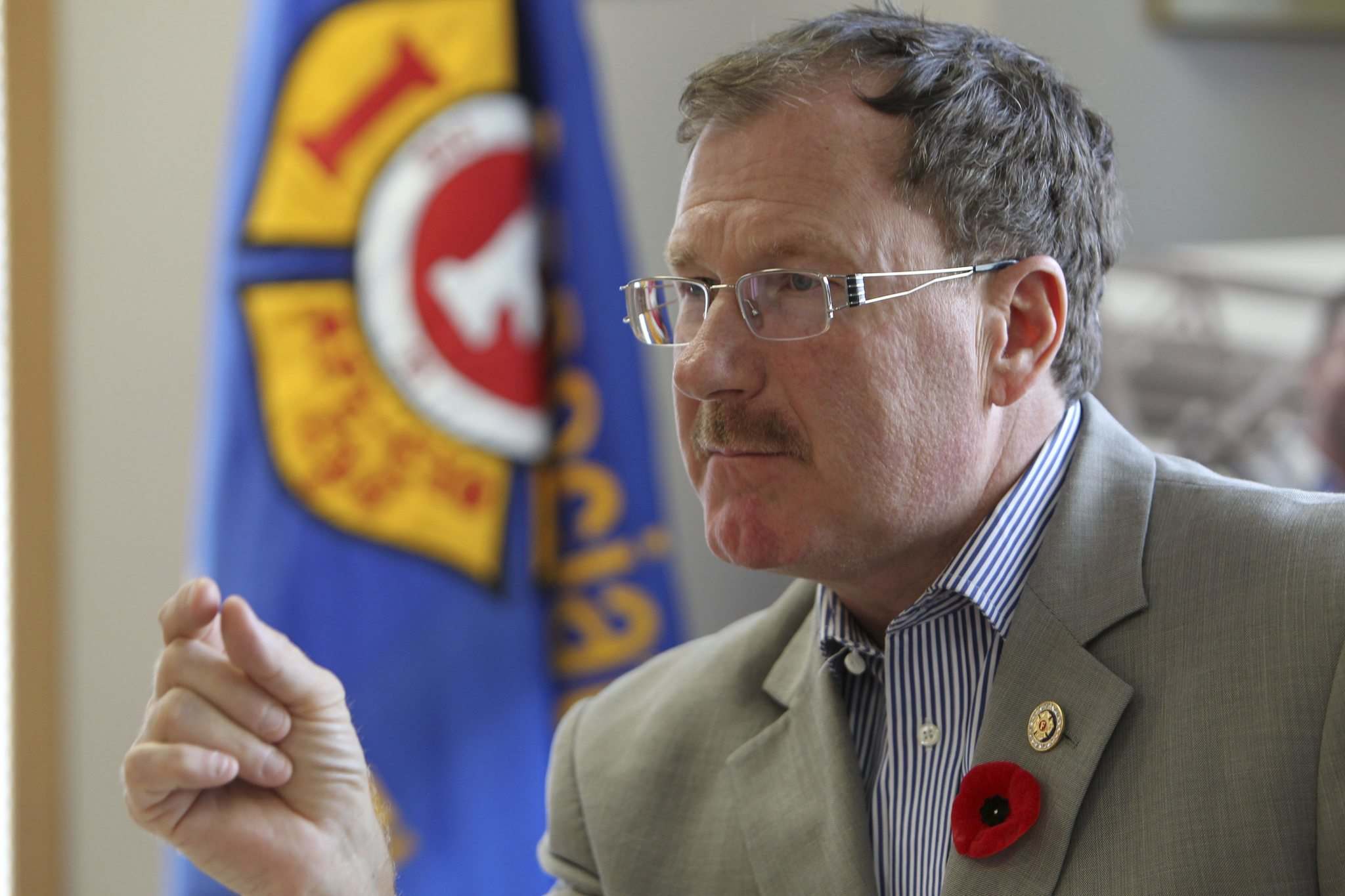 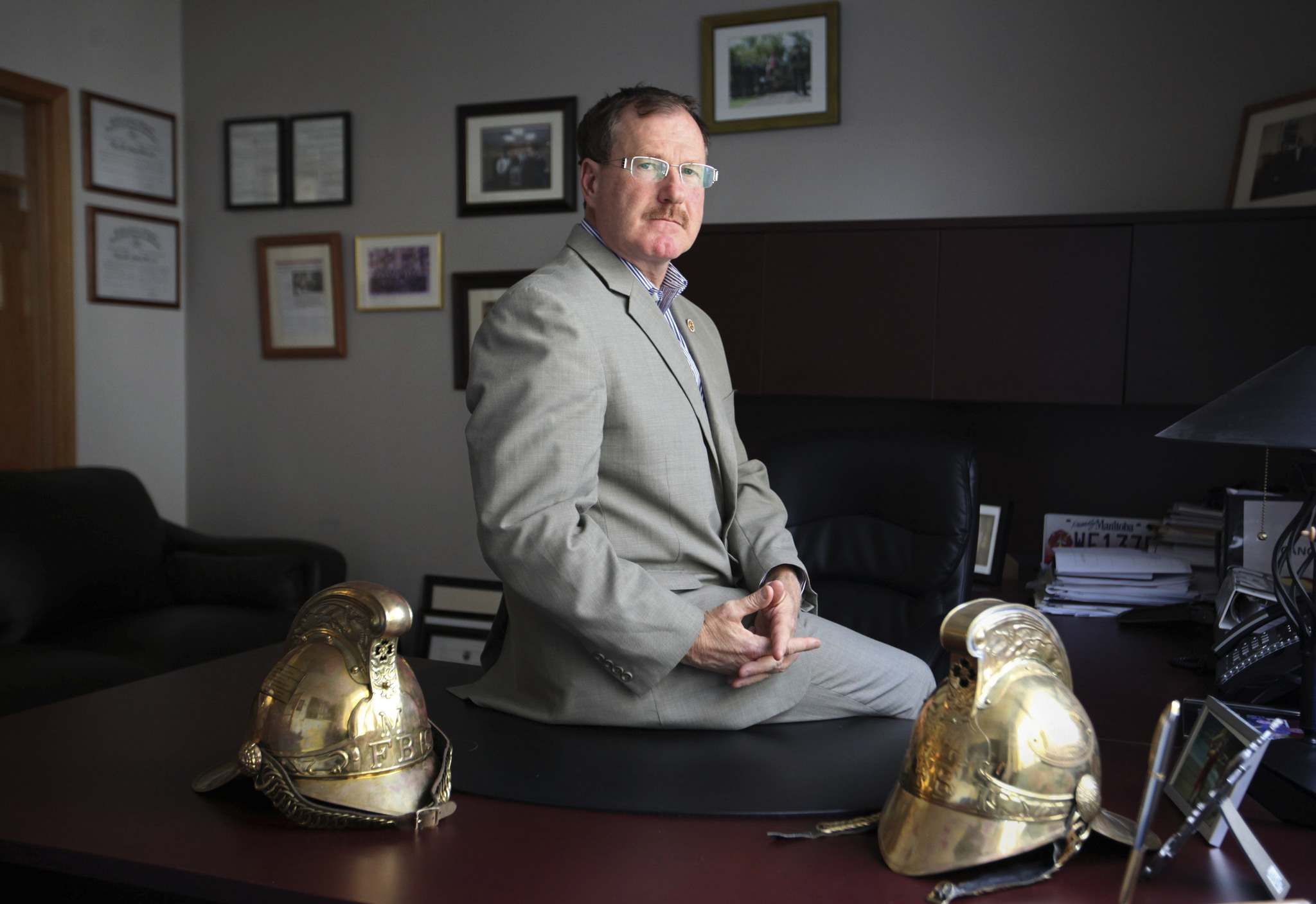