So when it comes to the prevailing hopes and fears of Winnipeg Jets fans — as their team is set to embark on only its second playoff run since the emotional return of NHL hockey in 2011 after a 15-year absence — it would be difficult to find a better source to ask how Winnipeggers will deal with the inevitable roller-coaster ride to come.

And what does that reaction say about us?

After all, Winnipeg is about to take stage under the bright lights.

There are only two Canadian teams in the post-season and only one of them is in the centre of the hockey universe. The other is the Toronto Maple Leafs.

Remember, this is a Canadian city that lost its NHL franchise in a gut-wrenching ordeal 22 years ago, when distraught children offering the contents of their piggy banks were among the desperate thousands who offered whatever they could in a failed grassroots bid to help keep the team — eventually bought, relocated and renamed the Phoenix Coyotes — afloat here. Before that, the club known as the Winnipeg Jets was defined more by losses than victories, especially in the post-season, where they won just two playoff series in 17 years.

The current incarnation — born in Atlanta and named the Thrashers — has yet to win a single playoff contest, making it into the post-season race just once, in a 2015 four-game opening-round sweep courtesy of the Anaheim Ducks.

In other words, longtime Jets fans have more baggage than the city’s airport during the Christmas holidays.

Botterill understands that reality. But he also believes it ignores another competing truth: Winnipeg fans, much like the team that has grown into a legitimate Stanley Cup contender, have changed dramatically.

“I think the big part of the population here is split,” says Botterill, a sports psychologist who has, over decades, worked with several NHL teams, athletes from 10 Olympic Games and countless other university and national teams. “When we lost the Jets, I remember walking around the (old) arena thinking, ‘My God… I can see why we can’t afford them. The only wealthy people in Winnipeg were the old wealth along Wellington Crescent. And then when (the Thrashers arrived), almost five years of seats were sold in (17) minutes or so. You knew something very dramatic had happened to our economy and the nature of our city.

“The people who make this city buzz right now are definitely the young professionals who have done well, have money and they don’t have as many bad memories as the old guard. They’re very ready… to stay on board.

“This young part of our culture is very hungry. They’re aligned with success in business and life. They want this team to win and they’ve supported them strongly through this process.”

It’s true, as one of the long-standing stereotypes associated with Winnipeggers — cheap as borscht — was challenged, at least for hockey, when fans shelled out hundreds of thousands of dollars to buy season tickets in three- to five-year blocks in less time than it takes to cook a Salisbury House Nip.

But other Winnipeg “symptoms,” such as our built-in inferiority complex, chip on our shoulders — whatever you want to call it — might arise over the next few weeks, too.

Claude Noel, the inaugural head coach of Jets 2.0, recognized two things when he arrived in Winnipeg. First, the issue of low self-esteem was alive and well. Why?

“Maybe (it was) location-wise, weather-wise,” says Noel, who is now a scout for the New Jersey Devils. “I think (Winnipeg) people think they don’t get enough credit. It’s a lot nicer than people give it credit for. And I agree.”

Remember, one of the first issues Noel had to address were national media reports that players wouldn’t want to come here. Heck, there was even a mild controversy earlier this season when a couple of San Jose Sharks said — mostly in jest — that this was their least favourite city to visit. It’s cold and dark, and our Wi-Fi doesn’t measure up, apparently.

So, yeah, Winnipeggers can get a little sensitive about such slights, even grumbling about them while trying unsuccessfully to start their cars when it’s -30 C in January.

But Noel, whose wife Lynda is from Winnipeg, didn’t care when he was the head coach. And he doesn’t think fans should care, either.

“We fought that battle all the time,” he says. “I always thought, eventually, Winnipeg would overcome those stigmas. And I think they’re starting to now.

In fact, it was somewhat ironic to Noel that Winnipeggers might have self-esteem issues relative to the rest of the country.

There are only two Canadian teams in the post-season and only one of them is in the centre of the hockey universe.
The other is the Toronto Maple Leafs.In fact, it was somewhat ironic to Noel that Winnipeggers might have self-esteem issues relative to the rest of the country.

“To me, the big difference Winnipeg has over other (cities) is the people,” he reasons. “They’re unreal. It’s got to be one of the best cities I’ve ever seen, with the people and how they treat each other, they’re friendly, they’re helpful. They’re all the things you look for from people.

“The one thing I always respected about Winnipeg was how knowledgeable they were about hockey, and how they watched the game. It was unbelievable. You go into that venue and you’re in a place where people are into the game. This isn’t an event of Jumbotrons between whistles and flying cheerleaders.”

As for jilted Jets fans who openly predict inevitable doom, Noel has a theory about that, too.

“You’re always going to find someone who sees the dark side,” he says. “That’s just the way it is. I understand the negative thought process. It’s a protective thing. Rather than get hurt, they predict that (the Jets) will fail again. Then they can say, ‘I told you so.’ So they’re not hit so hard.”

But maybe today’s fans are more representative of the team they support. The Jets top goal-scorer, Patrik Laine, is 19 years old. He wasn’t alive when the old Jets left for the desert. Neither was forward Kyle Connor, a rookie-of-the-year candidate. Nikolaj Ehlers was a newborn.

Dayna Spiring is president and CEO of Economic Development Winnipeg. She’s also been a Jets 2.0 season-ticket holder from “Day 1.”

Spiring believes there’s a correlation between the city’s growth during the last decade — a new stadium for the Bombers, new airport, Canadian Museum for Human Rights, True North Square, etc. — and the rise of the Jets.

“Winnipeg’s reputation is changing,” she notes. “I appreciate what you say about Jets 1.0 and how they broke (some fans’) hearts. But this is not that same Jets team, it’s not that same organization. It’s not the same city.

“We are experts now at hosting world-class events. We are great ambassadors for our city. We’re really changing the momentum. It’s a new day. And we’re so excited about people across the country talking about the Winnipeg Jets. And we hope that Winnipeg shows well.”

On Friday, EDW unveiled plans for Whiteout Street Parties to be held during every home playoff game along Donald Street from Portage to Graham avenues. Plans include live music, giant video screens to watch the game, liquor sales and food trucks.

“We’re going to try to come up with something uniquely Winnipeg,” she says.

Spring envisions scenes similar to other cities such as Toronto and Nashville, where thousands of fans have gathered at festivals to share the playoff experience.

“And, hopefully, we’re playing in May, and the grass is green and the buds are on the trees.”

‘We can be our own worst critics,” Spiring concludes. “But when we have an opportunity to come together and celebrate the accomplishments of businesses in our city or major events, we punch above our weight class every single time.”

So what should Jets fans do? Noel has some advice: buckle up and enjoy the ride, for better or worse.

“Embrace the competition and ride with it,” he says. “There’s a process. It’s not an easy path.”

Hey, you don’t have to remind Jets fans about obstacle-laden paths. They’ve already been to Hull and back, thank you.

Botterill, meanwhile, believes Jets fans should wear their old scars, not deny them.

“In the end, life is like that,” he says. “It’s like emotions. If you embrace them… they have a function in where we need to go next. But if we deny them or fear them, we’re not functional at all. We end up being dysfunctional.

“If you have too many scars, it’s easy to fall off the wagon. That’s hard on a team. Even if they played well all year, if they sense people are sliding off the wagon — they’re just hoping and not believing — players pick that up.”

Botterill says the old attitudes and the baggage are of another generation.

“One of the key messages I talk about in high performance is whether you’re hoping or believing,” he concludes. “I talk about it in medical rehab, too, or cancer. You better be believing because hope is still mixed with doubt and tension and negative images. So it’s a big distinction.

“We have a new culture in this city. The old Jets fans will always be there and hoping for the best. But these young kids are believing. That’s what ignites things. There’s an energy the players feel that the fans share.” 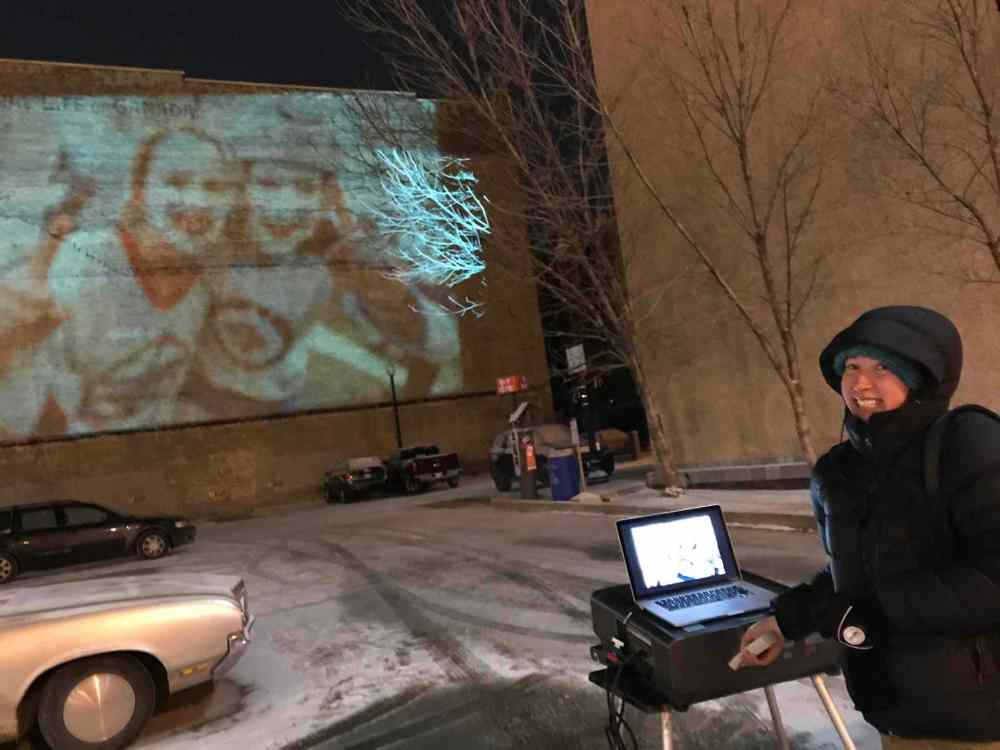 Creating a whiteout in Winnipeg 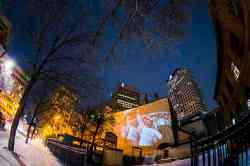 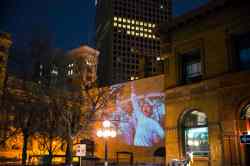 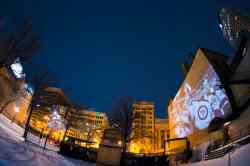 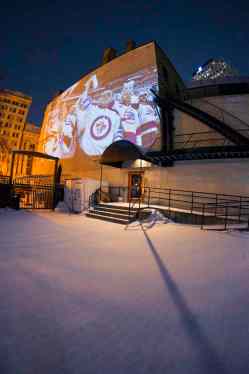 Randy Turner spent much of his journalistic career on the road. A lot of roads. Dirt roads, snow-packed roads, U.S. interstates and foreign highways. In other words, he got a lot of kilometres on the odometer, if you know what we mean.

Creating a whiteout in Winnipeg

A chance to leave the past behind