Russ Wyatt’s stint in rehab is over.

Russ Wyatt’s stint in rehab is over.

The Transcona councillor was back at city hall for Thursday’s council meeting, following a five-month absence while getting treatment at a Gimli-area facility for alcohol and substance addictions.

Wyatt expressed his gratitude for the support he received from council colleagues, city staff, friends and family and the Transcona community.

Looking considerably thinner, Wyatt spoke for about three minutes during the time reserved for council member statements and said that he’s returned a changed person, with a different outlook on life.

“I was there 79 days,” he said of his time at the Aurora Recovery Centre near Gimli, about 90 kilometres north of Winnipeg. “It was spiritually, emotionally, physically, mentally draining but it was also very uplifting and just… I have a different outlook on things, a different outlook on life, a different perspective, a shift, if you want. I do different things now than I did before that are healthy and make you feel good.”

Wyatt had taken a leave of absence from council in mid-January and initially offered no explanation for his absence. While various rumours floated about city hall, the official response from the city clerk’s office was that Wyatt was on a leave for personal and family reasons.

He broke his silence in March, telling the Free Press that he had sought treatment for alcohol and substance “disorders” and said he needed to regain control of his life for his family’s sake.

Wyatt's absence from council while in rehab won't affect job

In a subsequent email to the Free Press, Wyatt explained that his family was covering the cost of his treatment at the Aurora Centre. In 2016, the facility said the cost of a 10-day detox stint followed by a 30-day stay in recovery was $17,000.

“There is no shame in asking for help when you need it,” Wyatt said in his letter published in the Free Press in late March. “Working with counsellors, therapists and other individuals also in recovery, I have been learning about my depression and have been developing tools to deal with my addiction. These tools give me real hope for a happy and healthy life.”

Wyatt, first elected in 2002, had spent most of the 10 years of former mayor Sam Katz’s tenure as a member of the powerful executive policy committee, but he found himself on the outside when Brian Bowman was elected mayor.

Often critical of the administration even when he was on EPC, during the past three years Wyatt developed an almost laser-like obsession on administration shortcomings. He became one of the unofficial leaders of the unofficial opposition — five or six councillors who seem to regularly find themselves on the other side of issues championed by Bowman.

I do different things now than I did before that are healthy and make you feel good.

Wyatt was also increasingly extremely excitable and easily agitated. He was frequently prone to loud outbursts and lecturing on the floor of council.

Wyatt suggested that those days are behind him on Thursday.

“I’m happy to be back at work and to serve the people,” he said. “I was elected to serve and it’s a great thing to do that but it’s also great to have this new approach or attitude, I guess, and to see things I never saw before, which is really cool.”

Wyatt said that it had been suggested to him almost three years ago that he needed to seek professional help, but it took him until January to reach the same conclusion.

“I just wanted to thank everybody,” he said. “I want to thank a lot of people, actually. It was an amazing process to go through and journey that I’ve been on.

And it was indeed a calmer, quieter Wyatt at Thursday’s meeting. He spoke several times, commenting on the OurWinnipeg review and at one point thanked Coun. Jenny Gerbasi for her support for a community incentive grant to Rainbow Resource Centre Inc.

Never one to be shy with a television camera or a microphone, Wyatt said from the floor of council he wouldn’t be giving interviews and would not talk about his time in rehab. He rejected repeated requests for interviews. 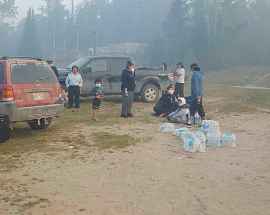 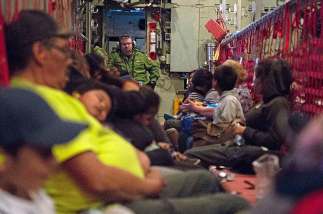 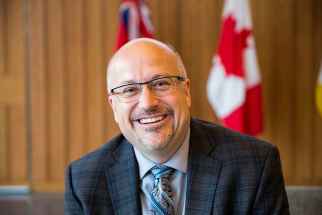 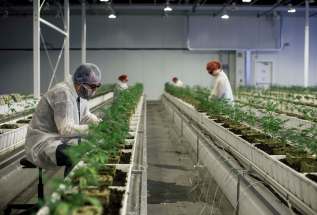 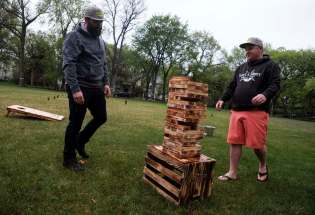 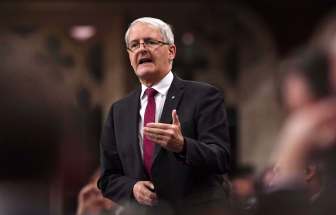 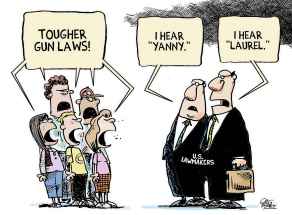