It appears Winnipeggers are getting hard lessons about the high cost of success.

It appears Winnipeggers are getting hard lessons about the high cost of success.

This week we learned it cost $2.2 million to host the fantastic Whiteout street parties that invaded downtown Winnipeg during the Jets wonderful playoff run. The costs of the party will be equally shared by the city and True North Sports and Entertainment Ltd., owner of the team and rink.

True North’s end of the tab is reduced, to some extent, by money the company made selling food and beverages to party goers. None of that money is being shared with the city.

The slightly more than $1 million of cost heaped on taxpayers — nearly $800,000 of it for police overtime — has caused more than a few frowny faces at city hall, where government is not allowed to run a deficit and every unanticipated seven-figure expense is cause for hand wringing.

Is it fair that taxpayers assume any costs of an event that was, ostensibly, organized and executed by a private business? That depends on who you talk to.

True North Senior Vice President Kevin Donnelly said the fact that the team has agreed to split the costs with the city is, in and of itself, generous. He said most other NHL cities endure the entire cost of parties that take place outside rinks.

Although some city taxpayers may bristle at the suggestion, True North got some unexpected support for its position from none other than the Canadian Taxpayers Federation, the anti-tax lobby. CTF Prairie Director Todd MacKay, who has for the most part never met a government expenditure he liked, supported the general notion that city taxpayers should share in the cost of the parties.

It’s clear evidence that the success of the Jets — as a team, a business and a phenomenon — has eclipsed the normal rules of politics.

It will take finesse on the part of Mayor Brian Bowman and council to find a way of covering these unanticipated costs in a way that does not end up harming other areas of civic service. It will also be important for Bowman, council and political leaders at other levels of government to be honest about the fact that this $1-million tab left for taxpayers is really just part of the public costs of professional hockey.

The Jets are, by any measurement, a successful business. Fans here are so far more than willing to pay above-average prices for their tickets, a fact that has placed the team solidly among those that make a profit each year.

Forbes magazine’s annual ranking of the value and performance of NHL franchises shows that Winnipeg had an operating income of $10 million US (before interest, taxes and depreciation) on total revenue of about $120 million US. Those figures do not include the additional revenues that True North makes on other events and activities held at the arena.

It’s a solid performance. But, a closer look at True North reveals the team would not necessarily be in the black without government support.

True North receives about $14 million a year in rebates on amusement, property and business taxes, and in revenues from government-owned video lottery terminals and other gaming activities located inside the Shark Club, a True North-owned sports bar located just south of the Bell MTS Place in City Place mall.

For the record, both the Blue Bombers and Goldeyes benefit from some of the same tax breaks, rebates and support.

Add it all together and you have this: a Canadian-based business that is forced to pay its players in U.S. dollars and deal year over year with the knowledge that its revenues could be undermined with one losing season. Not everyone will support taxpayer support for professional hockey. But there is a case that over the long term, professional hockey may not be viable without taxpayer support.

Winnipeg and the NHL are hardly alone in this harsh reality. Taxpayers help underwrite professional sports in a number of different ways. The most common and transparent is the money that goes into the construction or renovation of arenas. But the largesse hardly ends there.

Just about every team in every professional league in every community has had to dig into taxpayer pockets for one reason or another. Sometimes, this support comes in the form of grants to help build new arenas or stadiums. Other times, it comes by way of preferential tax policy.

The Boston Bruins, for example, won a tax ruling last year in Massachusetts that lets them claim 100 per cent of the cost of pre and post-game meals it provides for its players for road games. Most businesses only get a 50 per cent write off.

Or you could consider how tax policy impacts rookies in the National Football League.

It’s a well-known tradition in the NFL for rookies to celebrate making the team by buying dinner for a group of veterans. If those vets happen to be elephant-sized offensive lineman, the tab can add up. No worry because, for some years now, tax planners have advised their rookie clients that a restaurant tab like that can be written off as a legitimate business expense.

For now, Winnipeg can boast one of the best teams in the NHL. As long as the team remains successful, taxpayers will likely overlook a $1-million hangover from what was one of this community’s greatest expressions of spirit.

Most of the best things in life come with a price. Now we know the price of having a really good hockey team. 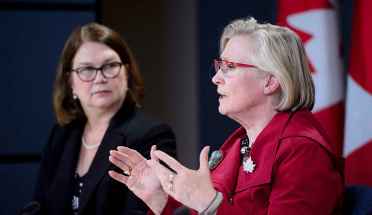 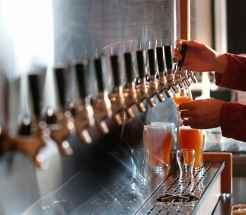 ‘He just drove over her:’ Injury to Maples student puts focus on hazardous challenges 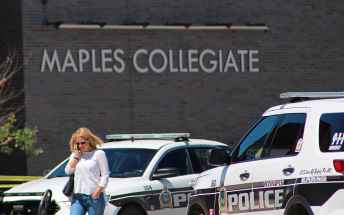 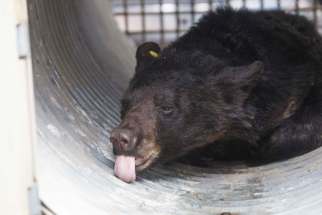 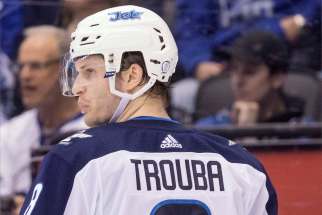 After 20 years, Sex and the City deserves credit for lasting TV impact 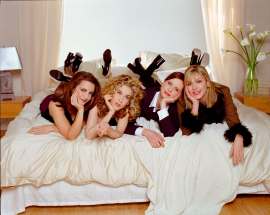 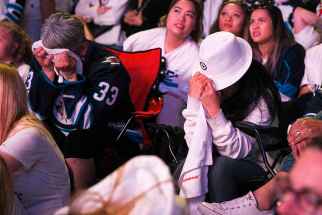 If cannabis possession isn’t a crime, they shouldn’t be criminals 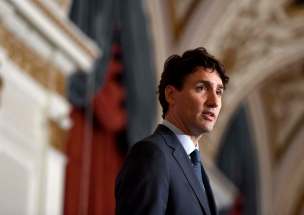 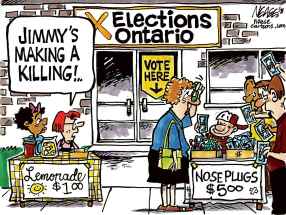 After 20 years, Sex and the City deserves credit for lasting TV impact If cannabis possession isn’t a crime, they shouldn’t be criminals