A dad killed Tuesday when he put himself between a polar bear and his three young children is being hailed as a hero, while tourism that promotes close encounters with the giant carnivores is being called into question.

A dad killed Tuesday when he put himself between a polar bear and his three young children is being hailed as a hero, while tourism that promotes close encounters with the giant carnivores is being called into question.

Gordy Kidlapik said his nephew Aaron Gibbons, 31, was mauled to death Tuesday on Sentry Island, 10 kilometres from Arviat, a hamlet on the western shore of Hudson Bay in Nunavut.

"My qangiaq died a hero," the 60-year-old Kidlapik said on Twitter, using the Inuinnaqtun word for nephew.

"The bear surprised him and his children, so he put himself between them and the bear to let them escape. The bear had no fear," Kidlapik tweeted Tuesday.

Kidlapik, a director of the hunters and trappers association in Arviat, which is located 260 kilometres north of Churchill, took to social media to blast tourism outfitters in Churchill and Travel Manitoba for promoting activities such as "walk with the bears," which he said are making the massive meat-eating animals lose their fear of humans.

"We are just north of Churchill and the same bears you allow to approach close to the tourists migrate through our town when coming from south," Kidlapik said on Twitter, singling out social media posts from Churchill Wild, a company that promotes walking tours through polar bear habitat.

"You’ll see pictures of tourists touching a bear through the fence," Kidlapik said by phone Wednesday. "That’s not right. I was quite angry (Tuesday) night knowing it could have been a factor in the number of bears that get that close."

The chief executive officer of Churchill Wild expressed sympathy but said the fatal polar bear attack near Arviat had nothing to do with the company.

"Our heartfelt condolences go out to the family," CEO Toni Morberg said in an email. "This incident didn’t happen near Churchill or near any Churchill Wild properties and didn’t involve the company in any way and so we are unable to comment on it."

Kidlapik said Gibbons and his elementary-school age children were thought to be egg picking on the island, looking for Arctic tern eggs, which are considered a delicacy. Polar bears also like the eggs, Kidlapik added.

News of what happened to Gibbons and what his children witnessed spread rapidly through the community, leaving the 2,600 residents in shock.

"The bear started to stalk or charge one of his children. He told his children to run back to the boat and put himself between his children and the bear," said Kidlapik, his voice breaking with emotion.

One of Gibbons children called for help on a CB radio, which Kidlapik later tweeted about it.

"His young daughter having to call on CB radio and crying to her grandmother, my aik (sister-in-law), immediately after the mauling… we were very helpless. To hear my aik calling out to my qangiaq, asking if he’s okay…very heart breaking. His body was brought in at 11:15 p.m. (Tuesday)."

The RCMP Arviat detachment said they were notified of the polar bear attack just before 8 p.m. that evening. Gibbons, who was unarmed, was pronounced dead when officers and medical professionals arrived at the scene. Police said the polar bear was put down by another adult who was nearby on the island and armed.

Kidlapik said he hopes tourism operators and promoters who are selling close contact with polar bears review that marketing practice. "They need to really stop and look at this closer. Then they might understand what’s happening to the Inuit and northerners with (polar bears) coming closer."

"We’re not blaming Churchill Wild for what is happening, but it is a factor," Kidlapik said from Arviat. "Bears are losing whatever fear they have of humans. It’s very different from 10 or 15 years ago. Based on my experience and others I’ve talked to, bears would run away from the sound of an ATV or snowmobile. Today, bears are not doing that. They hang around. They won’t run away. They’ll go on the trail beside you."

The Arviat RCMP said it is continuing its investigation with the Office of the Chief Coroner. The Nunavut Department of the Environment is also looking into the death, which is reportedly the first in Nunavut involving a polar bear since 2000.

Some Arviat residents commented on social media Wednesday about their grief and their growing concern about bears coming into their yards, especially in the fall. "We are concerned for our families’ lives, I live with fear but have to be brave," wrote one man who was a cousin of Gibbons. 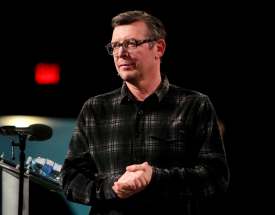 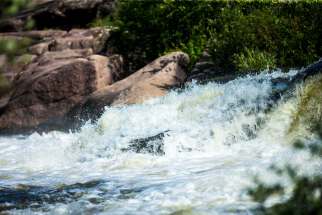 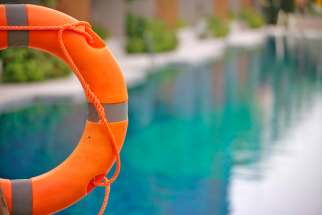 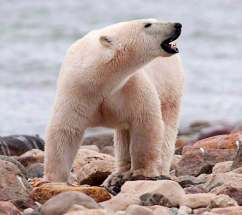 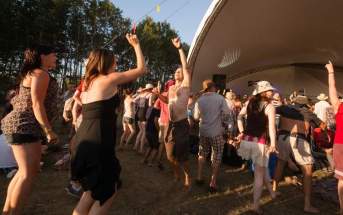 D for defence? In Bomber-speak, D is for ‘denial’ 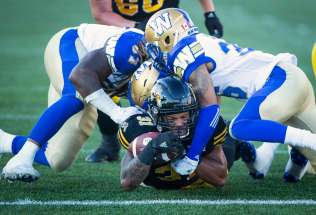 Great local eats if you're looking for something sweet 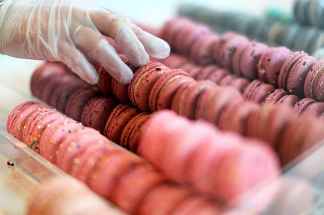 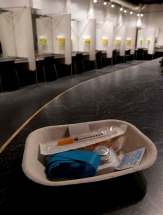 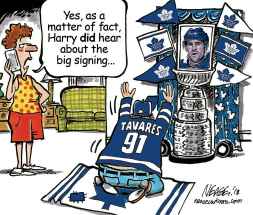