‘One blow after another’: Churchill in midst of aviation fuel shortage By: Dylan Robertson Posted: 7:00 PM CDT Thursday, Jul. 12, 2018

OTTAWA — Commercial flights can no longer refuel in Churchill, the Free Press has learned, highlighting the challenge of the northern Manitoba town operating with no land link since a 2017 railway washout.

OTTAWA — Commercial flights can no longer refuel in Churchill, the Free Press has learned, highlighting the challenge of the northern Manitoba town operating with no land link since a 2017 railway washout.

“We haven’t been able to use fuel freely in Churchill for over two months now,” Calm Air chief executive officer Gary Bell said Thursday. “It’s been down to essential use only.”

The town has a few thousand litres of jet fuel remaining from an airlift that arrived last fall, and Exchange Petroleum has restricted its use to medevac flights.

Another 1.8 million litres of fuel arrived in the town July 6, but had inconclusive results in a fuel-safety test, according to Exchange Petroleum. Its parent company, Calm Air, says the new fuel is likely fine and had a testing error, but it still makes more expensive to fly to and from the town of 900, located some 1,000 kilometres north of Winnipeg.

The company sent samples down to an Edmonton lab, which found Wednesday the fuel failed one of four criteria. Normally, unsafe fuel would fail multiple criteria, suggesting there was a problem with the test itself, according to experts who spoke with Bell.

Calm Air sent more samples to an Edmonton and Winnipeg lab this week, to double-check if the fuel is useable.

Bell was told the first sample was likely contaminated during its collection, or that it wasn’t tested correctly. Until that’s known, the town is relying on a depleting amount of jet fuel from November.

Meanwhile, Calm Air flights have been departing both Winnipeg and Rankin Inlet, Nunavut, with extra fuel since May, a process that both adds weight and thus more fuel consumption, while also lowering the amount of freight Calm Air can ship on its planes.

Bell said he doesn’t know how much that’s costing his company. “It’s a hardship that we are dealing with, and absorbing on our own.”

If the railway was operational — the lone land link to Churchill — Bell said the company could use an interim shipment. “I had the ability to get fuel everyday, and now I can only get it twice a year.”

The fuel Calm Air does manage to get up to Churchill during its summer port season only lasts so long, because of limited storage capacity. Bell said that means corporate clients, such as someone using private aircraft to fly between Quebec and a remote Nunavut mine, will have to refuel elsewhere instead of making the industry’s usual fuel stop in Churchill.

Bell is already pondering whether he’ll have to order a third shipment of jet fuel. The 1.8 million litres that arrived last week should last until early November. Ottawa has pledged to restore rail service “before winter 2018.”

Sealifts take months to co-ordinate. Although the Manitoba government did not cite the lack of concrete progress in repairing the line, it did recently order a third shipment of propane, which is used to heat Churchill residents’ homes, to arrive before the winter freeze.

Churchill Mayor Mike Spence said the jet-fuel issue is just the latest problem the town has weathered in almost 14 months without its rail lifeline. In late June, the town ordered emergency rationing of propane until the second propane shipment arrived a week later.

“Our community has been forced to deal with fuel shortages, backup plans for storage, propane rationing, and an overall increase to the already high cost of living,” Spence wrote. “This continues to speak to the critical urgency of having our rail line repaired and service restored immediately.”

Dwight Allen of Sea North Tours said any jet-fuel issue will impact hunting lodges around Hudson Bay, which use small aircraft to move people and supplies from Churchill outside of dog-sleigh season. Some may opt for Thompson instead, Allen said, which will mean longer, costlier journeys.

“I can’t believe the string of bad luck that our community’s having. And it seems like we’re not getting ahead, as much as we try.”

Allen said residents are stressed out from so many highs and lows, such as Ottawa’s late-May announcement of an interim deal with rail line owner Omnitrax, followed by the Denver-based company’s announcement a month later that talks had collapsed, followed by a reversal a week later.

“Our community right now is at an all-time low,” he said. “It’s one blow after another.” 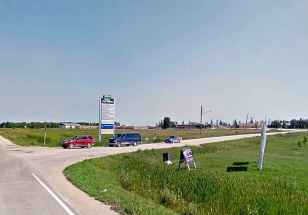 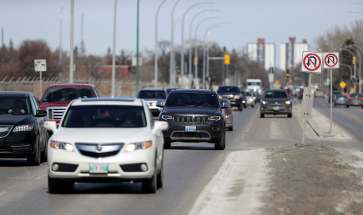 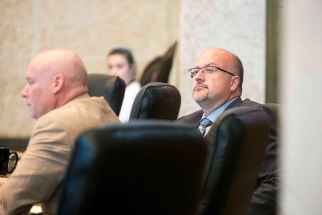 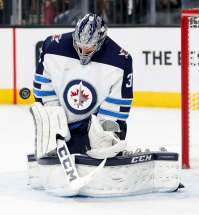 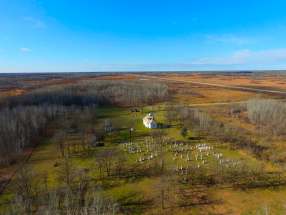 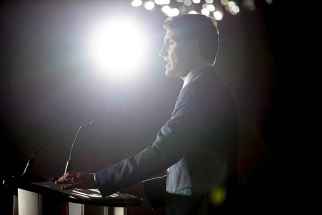 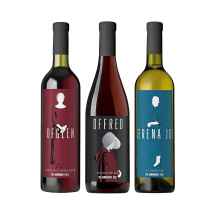 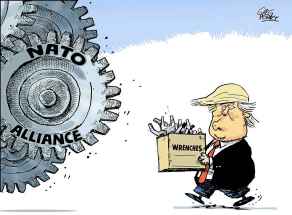