Nine months after securing the Liberal leadership, Dougald Lamont has won a seat in the Manitoba legislature, invigorating his party.

Nine months after securing the Liberal leadership, Dougald Lamont has won a seat in the Manitoba legislature, invigorating his party.

With all 49 polls reporting, Lamont had 2,625 votes — 855 more than Tona, who came away with 1,770. The Greens’ Françoise Therrien Vrignon placed third with 1,017 votes, while Progressive Conservative Mamadou Ka came last with 834, according to Elections Manitoba’s unofficial results.

“St. Boniface, you’ve shown that change for the better is possible,” Lamont told excited supporters at the Norwood Hotel. “It’s humbling beyond words to be allowed to represent you.”

The victory vaults the Liberals to official party status — four seats — in the legislature, with additional taxpayer funding and extra powers, such as the ability to ask more questions in the house.

Lamont’s profile — and by extension that of his party — will grow as news outlets seek out his views on the topic of the day.

The byelection was called last month to fill the vacancy left by former NDP premier Greg Selinger’s resignation this spring.

Afterwards, Lamont said his victory shows that the Liberals are a viable force in Manitoba and shows they can be competitive in the 2020 general election.

“People wonder whether you can win or not, and we just showed we can,” he said.

With Tuesday’s result, the NDP is left with 12 seats in the Manitoba legislature, the Liberals four and the governing Progressive Conservatives 39. There are two Independents.

Interest in the byelection was high given that it featured a party leader in Lamont. The NDP also had a lot on the line, ill affording to lose another seat. A total of 1,143 constituents cast ballots in advance. Elections Manitoba said 12,960 voters were registered.

The voter turnout was just over 48 per cent, far higher than expected by political experts.

Lamont, a marketing and communications consultant, ran once before for provincial office, coincidentally in St. Boniface in 2003, when he placed second to Selinger. In 2013, Lamont was the runner-up in that year’s Manitoba Liberal leadership contest to Rana Bokhari.

He and his wife Cecilia have four children.

The mood was sombre at NDP headquarters. Only one caucus member, Bernadette Smith, was present before 9 p.m. while about 60 union members and party faithful mingled on the Stella’s patio at the Centre Culturel-Franco Manitobain.

Tona could have made history Tuesday night as the first female MLA elected to St. Boniface and, the party said, the first African-Canadian elected to the Manitoba Legislature.

She delivered her concession speech around 9:30 p.m. before all the poll results were in.

Tona said she was emotional all day and though tonight was not the result she wanted, she said she is ready for the next campaign.

“I’m waiting for the next (election) and I’m ready to compete,” Tona said, adding later: “We lost the battle today, but we haven’t lost the war.”

Lamont victory brings Grits in from the cold

Lamont could shake up Manitoba politics 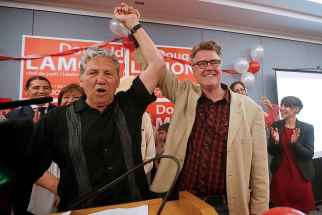 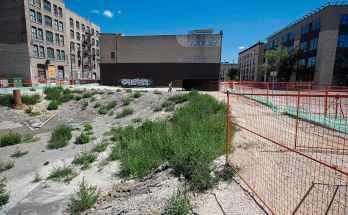 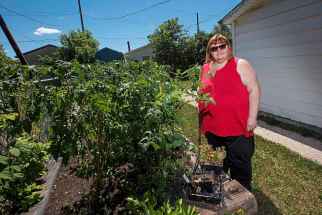 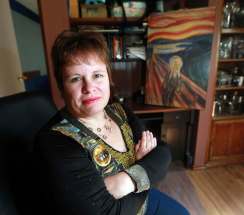 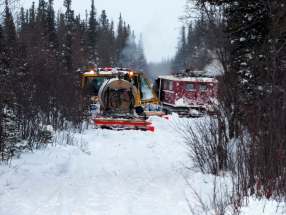 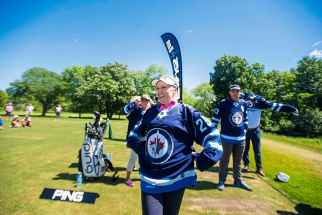 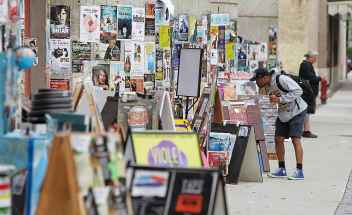 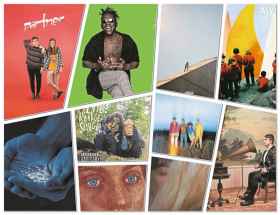 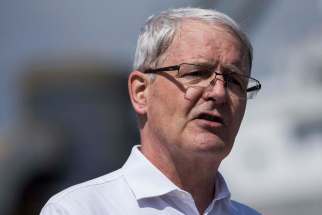 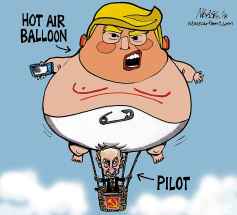