A tennis ball was dropped to the ground, prompting a flurry of hockey-stick blades scraping pavement.

A tennis ball was dropped to the ground, prompting a flurry of hockey-stick blades scraping pavement.

That was the scene outside the Main Street Project Wednesday afternoon after the shelter shut for the day to host a pickup street hockey game and barbecue for Winnipeg’s homeless population.

Music boomed over speakers and people spilled into the street as the game of shinny got underway. The promise of a summer barbecue and Canada’s national pastime had people flocking in from the surrounding area – including the nearby Salvation Army and Siloam Mission.

For a few hours the city’s most deprived and disadvantaged neighbourhood — often home to violence, drug use, discarded needles, and hopelessness — was a little brighter.

We deal with the most vulnerable people in our community. They’re people who are living with long-term homelessness and addiction issues. They’re marginalized people. They don’t get to do things like this very often” – Cindy Titus, spokeswoman for Main Street Project

In addition to free food, drinks and a pickup hockey game, self-care stations were set up so people could get manicures and haircuts. A clothing booth was organized for those in need of new threads, with organizers also handing out things like shoes and sunscreen.

Cindy Titus, Main Street Project’s communications and fundraising coordinator, said the idea for the event germinated after the success of past events of a similar nature — including a women’s spa day in June and viewing parties during the Winnipeg Jets NHL playoff run.

“We deal with the most vulnerable people in our community. They’re people who are living with long-term homelessness and addiction issues. They’re marginalized people. They don’t get to do things like this very often,” Titus said.

The event was the brain child of Main Street Project summer student specialist Carter Bergen, who said he learned there was a desire for more community activities while talking to people who access the shelter.

“I just thought, ‘Why don’t we throw an event where we do that the Canadian way and play a bunch of hockey and hopefully have a lot of fun.’ As soon as they heard it was hockey, everyone wanted to play, whether they could move or not,” Bergen said.

“You see a lot of drugs and drinking, people using to escape their problems. There’s certainly a lot of meth down here. There are fights, stabbings even. I’ve experienced it” – Michael Plazio, who accesses services at Main Street Project

Many people who spoke to the Free Press, all of whom access services at Winnipeg homeless shelters, said having a day where they could come together in a positive way was important for those who call the city’s streets home. A common refrain was that most days, rather than activities that bring people together, there’s not much going on in the area besides drug use, drinking, and fighting.

“You see a lot of drugs and drinking, people using to escape their problems. There’s certainly a lot of meth down here. There are fights, stabbings even. I’ve experienced it,” Plazio said.

When asked to elaborate, Plazio clarified he’s been the victim of violence many times while spending stretches of his life in the rough streets surrounding the city’s homeless shelters. On top of routinely witnessing fights and being hit over the head with bottles, one incident nearly took his life.

“I (was) stabbed three times through the heart, multiple times down the spine. I was clinically dead, but staff (at the Salvation Army) happened to be around and called an ambulance. I’m lucky to be alive,” Plazio said.

“I think sometimes people are fighting over turf, over territory and who’s going to be selling (drugs). At the Sally Ann, there’s people shooting drugs right in the doors, right in the rooms, right in front of the building, on the sidewalk.”

One of the people currently battling a meth addiction is Norman McGinnis, 52, who on Wednesday was in his first day of detox. A user all his adult life, when he spoke to the Free Press McGinnis said he’d been clean for a matter of hours.

For years, his drug of choice was crack cocaine, but for the past few months – thanks in part to how cheap and readily available it is – he began shooting meth.

“Meth is all over, anywhere you go. It’s taking over the crack. I do both, use them at the same time. Have a hoot of crack, then a shot of meth. Just yesterday — I’ve got scars all over,” McGinnis said, holding out arms littered with track marks.

“There needs to be more facilities and detox (clinics) and things like that, shooting galleries. (Meth) is everywhere, needles on the ground. It’s all over the place.”

The need for a supervised injection site was echoed by every other person who spoke with the Free Press at Wednesday’s event.

At the beginning of April, the Main Street Project announced it was working on plans to buy the nearby former Mitchell Fabrics building. That would allow the shelter to expand, create a supervised injection site and turn the existing facility into a long-term meth detox.

Whether that happens hinges on its ability to secure funding and get provincial approval. The latter could be an uphill battle for the shelter, however, since the provincial government has indicated it doesn’t consider supervised injection sites the best use of its limited resources. 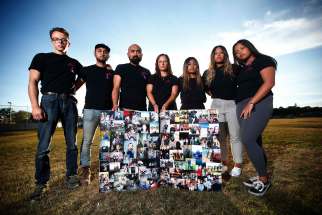 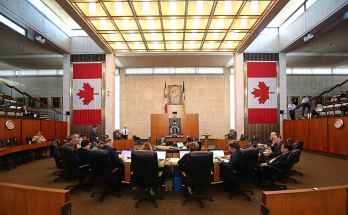 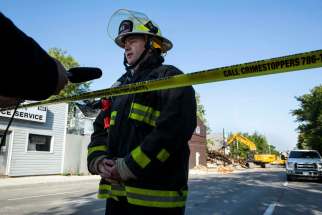 Without homes, but not without hockey at shelter’s fun day 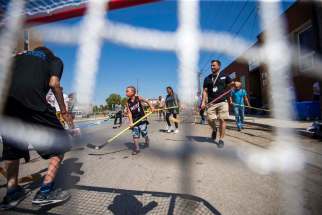 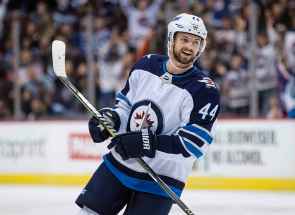 Time to end the ‘dirty’ war on journalism 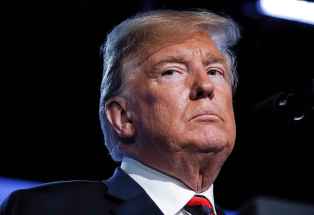 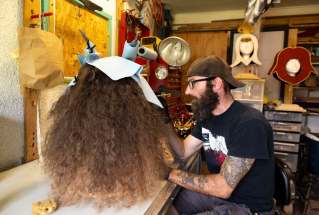 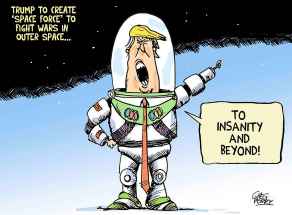