Five months ago, it was a dismal downtown workshop with a back-lane entrance.

Five months ago, it was a dismal downtown workshop with a back-lane entrance.

On Wednesday morning, it was born again as Freedom International School, where 17 refugee kids who missed out on chunks of their education will get a chance to catch up to their peers and flourish.

“I’m ready to study,” said Prince Busime, who arrived a half-hour early on the first day of classes. Prince came to Canada two years ago at age 15. The refugee from Congo who missed out on a lot of learning and struggles with reading is hopeful about his new school.

“I’m just happy to be here,” said the aspiring filmmaker who was shooting a video of the faith-based school’s lively grand opening which included singing, music and praise.

“Students, you are some of the most brave, brilliant and resilient people we have ever met,” said Rachel Smith, a youth representative on the board of the new school that has members from South Sudan, Burundi, Ethiopia, Eritrea and Canada. It targets newcomer students between the ages of 13 and 21 whose reading and basic academic skills are at least two years behind their Canadian peers.

“We want you to remember that there are people supporting you every step of the way,” said Smith, a University of Winnipeg student. “Every time you step through these doors, we want you to understand you are safe… that you are accepted… you are loved. Your education matters. Your dreams matter. Your lives matter. You matter.”

Why resettled refugee youth have a lot of catching up to do:

• Of the six million primary and secondary school-age refugees under the United Nations High Commissioner for Refugees’ mandate, 3.7 million have no school to attend.

Why resettled refugee youth have a lot of catching up to do:

• Of the six million primary and secondary school-age refugees under the United Nations High Commissioner for Refugees’ mandate, 3.7 million have no school to attend.

• Only half have access to primary education, compared with a global level of more than 90 per cent.

The school, which isn’t eligible for provincial funding for the first three years, is charging $50 per month per student for tuition. Principal Francine Wiebe is the driving force behind the school that has relied on donors and volunteers to renovate the space, get it up to code, equip it and keep it going.

“We were up till midnight doing the finishing touches,” Wiebe said as students and guests streamed into what is essentially a one-room schoolhouse with a kitchen area and lockers and a bike rack near the rear entrance. As a teacher and school administrator in the inner city, Wiebe saw the need for older refugee kids who’d missed out on years of schooling to get extra help with academics, as well as communication and life skills. Freedom International School has a staff of six, including two teachers, two educational assistants, a music instructor and a school pastor. Forming relationships with the students will be key to their success, Wiebe said.

“When you have excellent relationships with children, they trust you and want to work hard for you,” she said. Seeing adults they can identify with and look up to also helps, said Wiebe, who invited former Winnipeg police chief Devon Clunis to the school’s opening.

“In 1975, I was like you,” Clunis told the students, relating his experience at the age of 12. “We had just immigrated from Jamaica. When I looked around, I didn’t see very many people who looked like me. That first year was incredibly difficult but there were people in the community who cared about me deeply, in particular one teacher who said, ‘Devon, come to school an hour early every day.’”

He decided to get up an hour early every morning and accept his teacher’s help.

“If I had not made that decision I would not be standing here today,” said Clunis, who was the first black chief of police in Canada. “The most important thing you can do for yourself at this stage of your life is to get a good education and to know that you have all these people who are supporting you.

“Do your part. Listen to what your teachers have to tell you, and I make you this promise: there is nothing that you cannot achieve in the city of Winnipeg, the province of Manitoba, the country of Canada.” 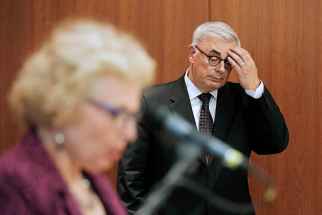 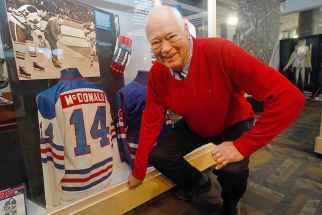 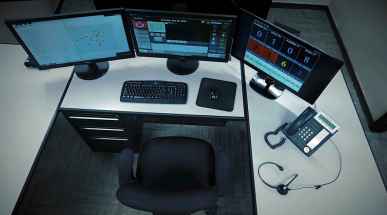 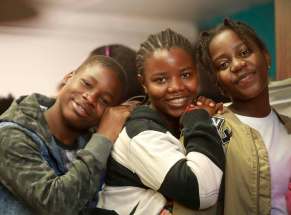 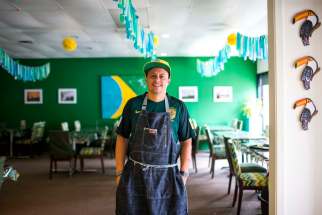 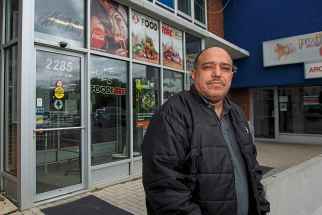 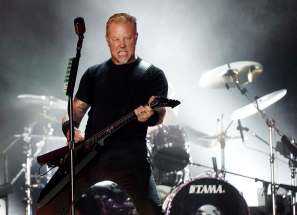 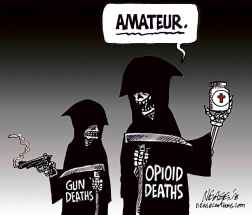