He's a man of few words, a quiet leader who truly does speak softly and carry a big stick.

He’s a man of few words, a quiet leader who truly does speak softly and carry a big stick.

However, those who know Dustin Byfuglien best say his introverted public nature is at odds with a fiercely competitive athlete who pushes teammates to be better. And so while he may not have waxed poetic as he held court with the media for the first time this NHL season Friday, it quickly became apparent Byfuglien isn’t satisfied with the status quo.

As the only member of the 2018-19 Winnipeg Jets to raise the Stanley Cup triumphantly over his head (2010 with the Chicago Blackhawks), you get the sense the big blue-liner is ready to do everything he can to get back to the promised land before he hangs up his skates.

“It’s a new year. Everyone’s on a clean slate. We have to start over. We have to make our point. We’ve still got to come to work every day and do our job if we want to win,” Byfuglien, 33, said of the current mindset in training camp following last spring’s deep playoff run.

“Everyone should want to do it again. It’s exciting. It’s a blast. But it’s not going to come easy. We have to put our work hats on and go.”

Byfuglien is coming off a season in which his usually potent offensive numbers were down a bit (eight goals, 37 assists in 69 regular-season games; five goals, 11 assists in 17 playoff games), but his stock within the organization may have hit an all-time high. He was much more defensively responsible, and a big reason the Jets set franchise records for regular-season wins (52) and points (114) while going all the way to the Western Conference final.

Long-time partner Toby Enstrom has moved on, and that’s created a coveted job opening on Byfuglien’s left side. Head coach Paul Maurice is planning to try right-shooting Tyler Myers in that spot, and the duo made their debut in Friday night’s pre-season game at Bell MTS Place against the Calgary Flames.

Maurice joked earlier this week the pair may, at times, actually be leading the offensive rush in games, ahead of the forwards, as Byfuglien and Myers both enjoy getting up in the play, at times.

“Neither of us really play that style, so I don’t really see that coming. But you never know,” Byfuglien said Friday with a smirk. “We’ve just got to worry about our defence. Once we get that under control, the game’s in our hands.”

Jacob Trouba and Josh Morrissey are entrenched as a shutdown pair for the Jets, and Maurice is hoping to build a strong second unit by trying Myers in that spot. Other options include Dmitry Kulikov, Ben Chiarot and Joe Morrow.

“How they move the puck, how they talk on the ice, how they move off each other. Again, first time through: let them get a few games, let them get into the regular season before we get a hard assessment of where they’re at,” Maurice said.

“They’re both veteran guys that you can sit and talk hockey with for as long as you want. They have a good read of the game. So we’ll be able to sit with them and talk about places they’re comfortable, things they want to change. And if they think it’s working and if we think it’s working.”

Count Chiarot among those who think it will be a smashing success.

“That’s a couple big guys to be looking at when you’re coming down the ice. Both of them are so skilled and skate so well. Just the two names alone, you look at two premier defencemen in the league. So it’s a pretty formidable pair to be going against if you’re any line in the league,” he said of the new-look tandem involving Byfuglien (6-5) and Myers (6-8).

Byfuglien is a rarity among veteran players in that he asks to play as many pre-season games as possible, according to Maurice.

“He also likes to play on the road, where you get the other teams’ best. He likes that for getting ready.”

Byfuglien has also embraced being a mentor to the team’s young defencemen. He was in constant contact with Morrissey after camp began last week without him, due to a contract stalemate that eventually was settled Sunday.

He asks to be paired with prospects in practice and exhibition contests, as was the case last Monday in the first pre-season game (Logan Stanley was at his side). He also skated with Sami Niku last spring, when the Finn was called up from the AHL’s Manitoba Moose to make his NHL debut.

“It’s just always fun to see what these young kids have. You can get a sense of what’s coming up, and just have fun playing the game,” Byfuglien said. “The organization have done a great job all the way, drafting and putting the right pieces in that we can stay at the top around here for a while.”

He said there’s a reason he’d prefer to get in as much game action as possible.

“For me, it’s much easier to go play a game of hockey than to sit there and go over the X’s and O’s in practice. I enjoy playing. Enough is enough. Let’s just play,” Byfuglien said.

Now it’s just a matter of trying to get back to the level of play the Jets established last season, one they hope will become the new normal.

“We have to get going, first, to start feeling that,” said Byfuglien.

“Anytime you get that deep into something, you should want to play, and just work and go out there and have fun… I’m pretty excited to make the next step and see how this group responds.”

Inside Snowflake Place, a spot designed to make abused children feel secure about opening up 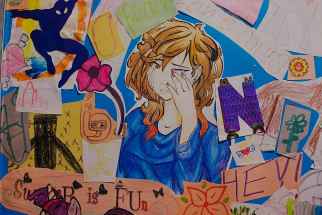 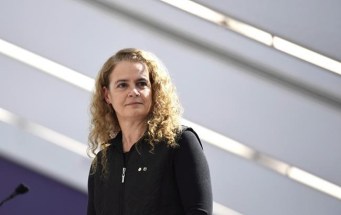 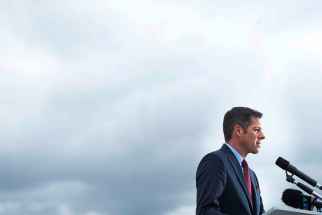 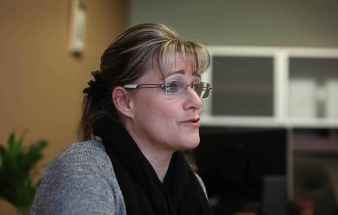 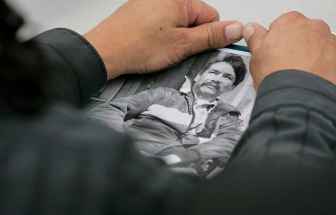 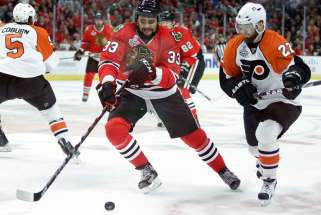 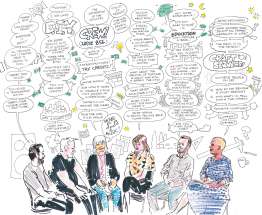 Many Winnipeggers are either mistaken, lazy or don't care about discarding their recyclables correctly 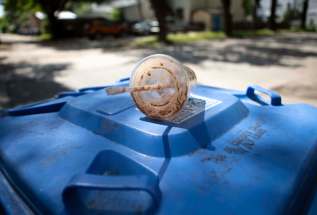 Tip of the hat to the city’s departing councillors 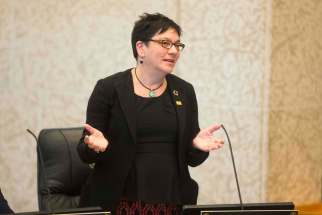 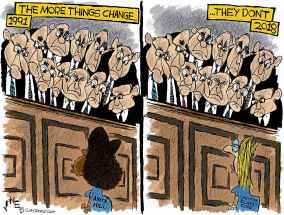