Some retailers may need to be more aggressive in deterring shoplifting, while police might look at targeting store thieves, just as they did with car thieves and arsonists in the past, a University of Winnipeg criminal justice professor says.

Some retailers may need to be more aggressive in deterring shoplifting, while police might look at targeting store thieves, just as they did with car thieves and arsonists in the past, a University of Winnipeg criminal justice professor says.

Shoplifting in provincially run liquor marts and in food stores is on the rise, with thieves brazenly walking out of booze stores knowing security staff won’t confront them.

“It’s pretty worrisome,” said Michael Weinrath. “You don’t want to have it acceptable to people to go into places and steal.”

Weinrath said for any crime to take place, “you need… motivated offenders, an attractive target and a lack of suitable guardianship.”

Taking steps within stores to discourage theft — including confronting thieves — and establishing a special police unit to target shoplifting could help reduce the problem, he said.

“I’m not necessarily for hiring more police officers, but if you’re going to hire officers and deploy them in a systematic way, as they’ve done in the past, I think that’s a good way to prevent certain types of crime,” he said.

Authorities will need to know more about who is stealing and why, he said. If many of the thefts are occurring to feed meth addictions, a greater emphasis on treatment could address the problem.

At the same time, if thieves realize they are going to be challenged by retailers, they may think twice about attempting to steal, he said.

“As you raise the stakes in terms of the likelihood of being detected and arrested, or the likelihood of resistance when you try and steal something, you’re going to discourage people from committing these sorts of crimes.

“If there are no sort of repercussions and the word travels… then you have problems.”

“If store owners take a stand, they can prevent it”
– Munther Zeid, owner of five city Foodfare stores on shutting down shoplifting

Manitoba Liquor and Lotteries says it has suffered $800,000 in losses due to theft in the past year. While it employs security staff, its policy is not to confront people who take booze out of a store without paying. Some food retailers are also said to have the same policy.

But not Munther Zeid, owner of five city Foodfare stores.

“If you allow theft to happen, it will continue,” he said Monday. “If store owners take a stand, they can prevent it.”

Zeid said his policy is for staff to try to recover goods, not detain thieves.

Zeid said meat, cheese and laundry and dishwasher pods are some of the most common stolen items. Much of it is carried out by “organized crime,” he said.

Thieves will enter a store in groups of three or four. One or two of them will create a diversion, while the others attempt to stuff multiple items into bags.

This past weekend, one male wheeled a full cart with more than $400 in groceries from the Foodfare store on Portage Avenue, Zeid said. The thief was chased by staff, who recovered the loaded cart.

Zeid said the problem has grown worse over the past year or so. Foodfare once hired store security but found it too expensive.

“Three weeks ago, we caught four (would-be thieves) in one day in the Silver Heights location,” he said, adding that on a single day last spring, the small local chain thwarted 15 theft attempts.

In 1997, 22-year-old clerk Jeff Giles was shot dead when he ran outside the Arlington Street Foodfare to record a getaway vehicle’s licence plate after an armed robbery.

Zeid said staff are told to give a wide berth to anyone who may be armed.

“If you believe your life’s in danger, don’t bother (confronting a thief),” he said. 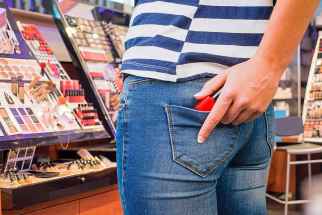 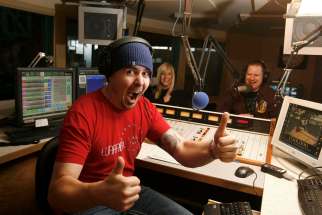 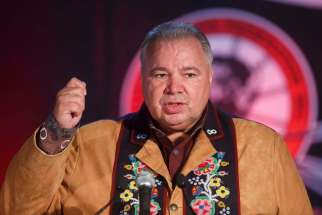 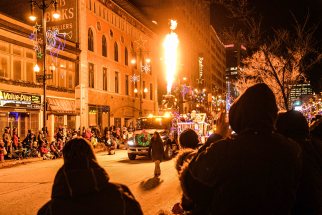 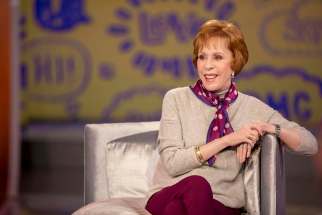 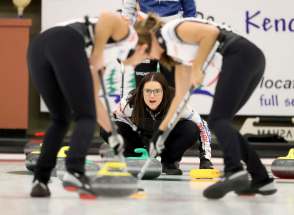 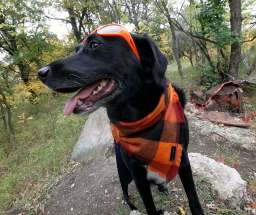 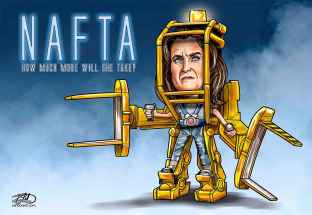