Cannabis laws may have changed, but the courts haven't – and that could cause confusion about how marijuana-related cases are prosecuted after Oct. 17.

Cannabis laws may have changed, but the courts haven’t – and that could cause confusion about how marijuana-related cases are prosecuted after Oct. 17.

Manitoba’s chief federal prosecutor warns legalization won’t necessarily stop the trickle of cannabis cases through the courts, nor will it necessarily save a great deal of prosecution resources. It’s a stance some cannabis advocates see as “fearmongering” in the face of widespread national acceptance of the drug.

Manitoba created its own cannabis regulations in time for legalization Oct. 17, and will impose hefty fines for violations, including for those caught smoking in public places. Manitoba Justice is preparing to handle those tickets and fines, according to the legislation, the department said in a statement.

“Provincial offences related to cannabis will be handled in the same way as other matters. The enforcement agency will issue the ticket or lay a charge, and the person will receive information about payment options and court attendance. As with anyone facing a provincial offence, the person is also entitled to speak with a prosecutor who can review their case. We are not able to speculate on the number and type of cannabis-related provincial offences that may come into the system,” the statement reads.

Chief prosecutor Ian Mahon says charges already in the criminal-justice system are expected to go through the courts as usual – and marijuana possession can still be a criminal offence after the new law comes into effect if the weed comes from an illegal source. But, Mahon acknowledges, there’s no clear way for law enforcement to tell the difference between legal and illegal cannabis once it’s in users’ hands.

“I’m not sure how that is going to be determined, because there’s no requirement to have it remain in the packaging that the government distributor sells it in, so that’s a shortcoming of the (legislation).”

There are other gaps between the federal and provincial cannabis laws prosecutors at both levels still have to figure out how to deal with, Mahon said.

The federal legislation allows individual users to grow up to four cannabis plants, for example, but Manitoba is one of two provinces (along with Quebec) to prohibit growing cannabis plants.

Under federal law, those charged under the Cannabis Act (Bill C-45) will still have to go to court. Although the new law considers some cannabis infractions ticketable, that federal ticketing system hasn’t yet materialized, and there’s currently no mechanism to divert marijuana-related cases out of the court process.

Meanwhile, cannabis users caught breaking Manitoba-specific rules — by consuming the drug in a public place, for example — can be ticketed and fined. If a charge is laid, it will be handled by a provincial prosecutor.

“The court processes haven’t changed a lot. The nature of the offences and the relationship between the provincial offences and the federal offences will be reviewed as matters proceed,” Mahon said, adding the law can evolve and this is a “learning process.”

The idea Manitobans should be wary of being prosecuted for carrying cannabis even after it’s legal is “fearmongering,” cannabis advocate Steven Stairs said.

“I don’t think it will be onerous on the part of citizens, but I think you will see a lot of people who are concerned or maybe not happy with the way the law was enforced on them, or vice versa with the police making sure the law is enforced the way they think it should have to be.”

Prosecutors in Manitoba handled 87 cases of simple possession of marijuana between Aug. 1, 2017, and July 31, 2018, according to statistics provided by the Public Prosecution Service of Canada. That number doesn’t include cases in which marijuana possession was just one of multiple criminal charges laid.

When cannabis becomes legal in two weeks, a 28-year-old Winnipeg man will not be among those openly partaking.

He is on house arrest until July, as part of the 18-month conditional sentence he’s serving for trafficking three kilograms of the drug.

When cannabis becomes legal in two weeks, a 28-year-old Winnipeg man will not be among those openly partaking.

He is on house arrest until July, as part of the 18-month conditional sentence he’s serving for trafficking three kilograms of the drug.

While he acknowledges he shouldn’t have been selling weed, the man, who spoke to the Free Press on the condition of anonymity, said if it weren’t for the criminalization of cannabis, he would never have ended up in the criminal justice system in the first place. He’s spent nearly half his life in and out of court on drug offences and breaching court conditions, starting when he was 15.

“I clearly shouldn’t have been in the position where I had to sell drugs for a living at that age, but I did, and that was basically my entry into it,” he said, describing himself as an independent dealer. “But at the same time, I noticed back then that it did help me with my pain.

“Cannabis has saved my life, in a way. It’s also ruined it, with the justice system. But personally, using it has been helpful.”

He has a prescription for medical marijuana for chronic back pain he’s suffered since he was young, and said he stopped drinking alcohol when he started using medical cannabis. With repeated breach charges after his cannabis-related criminal offences, the man said he got caught in the cycle of the criminal justice system and he’s still dealing with the repercussions.

“The more charges that get laid on you, the harder and harder it becomes,” he said, adding he feels “demonized for this for so long.”

He said he fears legalization won’t change that, because of Manitoba’s “draconian” rules around cannabis consumption. “This system they’re proposing is still demonizing people.”

It’s unclear how many Manitobans were charged with marijuana possession during that time. The Winnipeg Police Service declined a request to provide statistics, and said in a statement it will soon address the public about its organizational response to legalized cannabis.

The Criminal Defence Lawyers Association of Manitoba says the most common marijuana-possession cases that end up before the courts arise from larger criminal cases where police happen to find marijuana, or from arrests of individuals charged with breaching court orders. Police have been more likely to lay marijuana possession charges if the suspect is in a vehicle or there’s a concern they’re driving while high, spokesman Scott Newman said.

However, he said the overall impact of cannabis legalization on the justice system will not come from a drop in possession charges. Shrinking demand for black-market marijuana will lead to a decrease in large-scale investigations and prosecutions aimed at taking them down, he predicted.

“The big savings are going to be the search warrants and the grow teams and the infrared devices to search houses, and drug-sniffing dogs, and all of these things that we’re using to combat large scale, organized-crime-driven marijuana. That’s where the cost savings will be to the system, ultimately.”

Mahon said he isn’t convinced the black market will dry up. The prosecution service can’t be sure, he said, illegal cannabis producers in Manitoba aren’t shipping their product outside Canada.

Stairs said he believes those abusing Canada’s medical marijuana laws are both supplying and feeding demand in the black market, which isn’t likely to go away anytime soon. 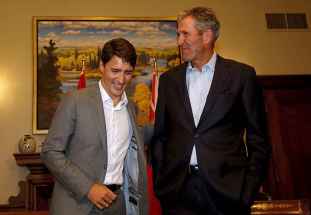 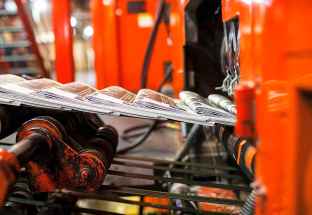 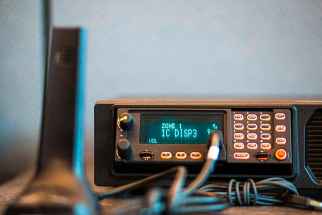 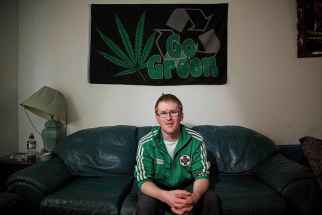 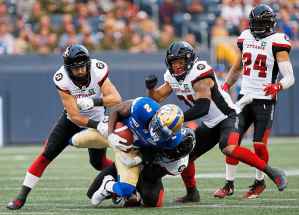 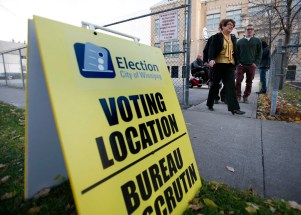 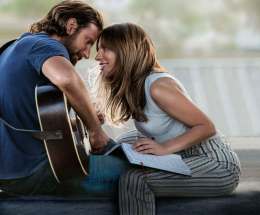 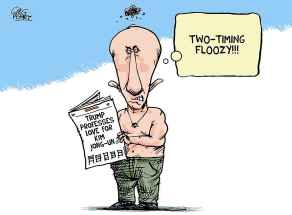