OTTAWA — Winnipeg’s Liberal MPs are rallying around their embattled prime minister, but Manitoba’s opposition MPs say they expect the SNC-Lavalin scandal to only get worse.

OTTAWA — Winnipeg’s Liberal MPs are rallying around their embattled prime minister, but Manitoba’s opposition MPs say they expect the SNC-Lavalin scandal to only get worse.

On Wednesday, the Liberals voted down a motion to launch a public inquiry into the resignations of former Attorney General Jody Wilson-Raybould and Justin Trudeau’s closest advisor, Gerald Butts.

The scandal surrounds a plea bargain SNC-Lavalin sought from Ottawa on corruption charges, with anonymous sources claiming Trudeau pressured Wilson-Raybould to cut a deal for the massive Quebec engineering firm in order to avoid job losses.

The ethics commissioner is investigating allegations, published by The Globe and Mail, that Trudeau’s office tried to pressure the former attorney general, who says she can’t describe what happened unless he waives solicitor-client privilege. Nevertheless, the Liberal-controlled justice committee has asked Wilson-Raybould to testify.

“We have a process in place,” said St. Boniface-St. Vital MP Dan Vandal, who voted against the motion calling for an inquiry because of both probes. “That is adequate at this time.”

“The prime minister is acting like he has something to cover up,” said Bergen, the MP for Portage-Lisgar.

Bergen said the justice committee has “no credibility” because Liberals, who control the committee, admitted that their house leader’s office had already asked those named in the scandal whether they would testify. The Liberals rejected the idea that this revealed political meddling.

She also challenged Trudeau on his handling of anonymous comments from within his own party, which he deemed “sexist” and “racist comments” on Friday.

Trudeau apologized Wednesday for not reacting sooner to those comments, which claimed Wilson-Raybould was pushy and “in it for herself,” as well as editorial cartoons showing her — an Indigenous woman — being gagged, tied up and beaten by Trudeau.

Yet Bergen accused the Liberals of sexism Wednesday, as their heckling MPs drowned out her voice when she asked the Speaker whether Trudeau had the right to vote on the call for a public inquiry, given he’d be implicated in it.

“Liberals do not like it when strong women speak,” Bergen said in the House.

She told the Free Press she feels Trudeau heckles Conservative women far more often than men in the House. “He doesn’t actually like it when women who disagree with him, and aren’t falling all over him, speak up and challenge him.”

She also described Wilson-Raybould as “very nice and personable.”

Bergen and NDP MP Daniel Blakie said only an inquiry would get to the bottom of a shifting storyline, which took another turn Wednesday.

The Globe revealed that court records show prosecutors had already rejected a plea bargain for SNC Lavalin some two weeks before the date that Trudeau said he raised the issue with Wilson-Raybould last September. That timeline raises the prospect of Trudeau having asked her to reverse the prosecutors’ decision.

“The only way to get a full picture is to have a public inquiry,” said Blaikie, the MP for Elmwood-Transcona, citing a partisan justice committee and a narrow mandate for the ethics commissioner.

“It sounds to me like she was having to stand up for some important principles,” he said. “She may have had to be pushy to do that, but that’s the kind of thing you would want, and expect, in an attorney general.”

Wilson-Raybould recused herself from Wednesday’s vote, and urged Trudeau to waive solicitor-client privilege. “I hope I have the opportunity to speak my truth,” she told the House.

“It’s quite clear to me that there’s something hidden and we need to uncover it,” said the Neepawa-area MP, lambasting Liberal talking points which he deemed nonsensical.

On Tuesday, when reporters asked International Trade Diversification Minister Jim Carr his reaction to the previous week’s revelations, he instead recounted events touting an Asia-Pacific trade deal and “reading to grades 5 and grades 4 on Love to Read Week” in Winnipeg.

“It’s my job to focus on how trade deals are helping Canadians get jobs,” said the Winnipeg South Centre MP.

Robert-Falcon Ouellette said he was encouraged that Wilson-Raybould will testify at the committee. “She should have her chance to speak,” he said.

The Winnipeg Centre MP said she was “principled” and rejected the idea that she was any more pushy than other MPs.

“I’ve had colleagues yell at me, and I’ve yelled at colleagues. We’ve had strong conversations. There are good days and bad days, and you’ve just got to work through it.”

There was no pressure on former AG: Wernick 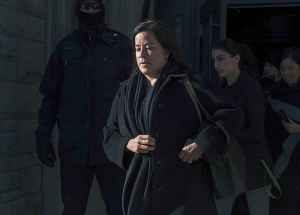 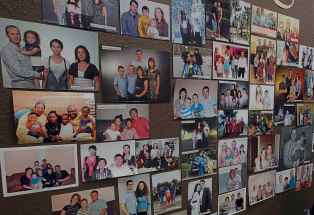 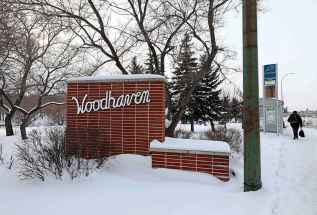 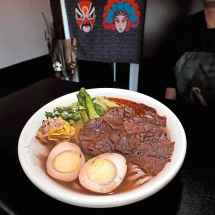 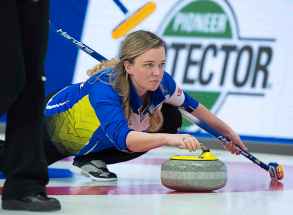 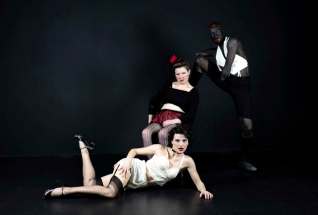 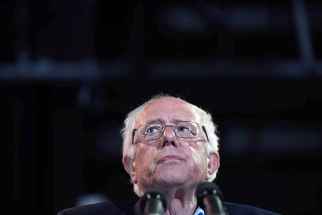 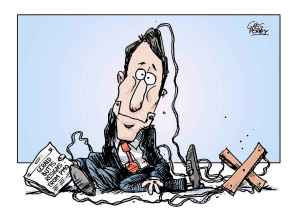