City hall is putting the final touches on the 2019 preliminary budget -- but the real tough job will start after that.

City hall is putting the final touches on the 2019 preliminary budget — but the real tough job will start after that.

The city is committed to developing a four-year budget beginning with 2020, and having it in place by the end of this year.

It’s a process that is filled with uncertainties, trying to balance four successive annual budgets at the same time, using assumptions on revenues and expenses that can change without notice: a provincial government that has frozen funding to city hall at 2016 levels and is reluctant to disclose annual funding commitments or share in unexpected revenues; erratic fuel prices; a possible change in government in Ottawa, which could bring new spending priorities. And in the middle of that four-year span, another civic election where new members of council may have other priorities than those laid out by the current crop of office holders.

Several councillors opposed to the initiative said they were in favour of long-term planning, but were troubled with a four-year budget.

Brian Mayes (St. Vital) was one of the six councillors (also Jeff Browaty, Shawn Dobson, Janice Lukes, Jason Schreyer, Russ Wyatt) who voted against the four-year budget plan in June, and he remains opposed to it. (Dobson and Wyatt are no longer elected officials.)

Mayes said he supports long-range planning, but questions whether it’s possible to do at city hall given the seemingly erratic nature of the provincial government.

A year ago, Winnipeg city council directed the administration to come up with a plan on on how to develop a four-year budget. The working plan was brought to council by chief financial officer Mike Ruta in June 2018, where it was approved by a 9-6 vote.

The councillors opposed to the initiative said they were in favour of long-term planning, but were troubled with a four-year budget.

“It seems ambitious that we would be able to do a multi-year budget when our second-biggest revenue is another level of government, and they don’t seem to be giving us that certainty,” said Coun. Brian Mayes, chairman of the property and development committee and a member of Mayor Brian Bowman’s executive policy committee since 2014.

Mayes (St. Vital) was one of the six councillors (also Jeff Browaty, Shawn Dobson, Janice Lukes, Jason Schreyer, Russ Wyatt) who voted against the four-year budget plan in June, and he remains opposed to it. (Dobson and Wyatt are no longer elected officials.)

Mayes said he supports long-range planning, but questions whether it’s possible to do at city hall given the seemingly erratic nature of the provincial government.

Mayes said his nearly eight years on council has demonstrated to him that, when facing financial pressures, the administration will opt for expediency and will not honour long-term commitments made by elected officials.

He is also concerned how a multi-year budget would interfere with the democratic process at city hall.

“Elections matter — people come in with different priorities,” Mayes said Monday, wondering how the newly-elected members of council in 2022 will respond when confronted with a budget plan put in place by the candidates they defeated.

”It’s a bit of reach to say we’re going to set the budget for future years when none of us may be on council.”

Lukes, first elected in 2014, said the annual budgets as they are built now reflect what Bowman and his EPC members want, rather than the priorities of all members of council.

Lukes (Waverley West) has been critical of Bowman’s decision to bring in to non-EPC members into the budget development process — which he has done for the last three years — which, she said, ensures the mayor gets the minimum majority nine votes necessary to pass a budget.

“I would like to see a change in the whole engagement process,” Lukes said, adding under the current process, Bowman presents a budget plan to council without the input from most non-EPC councillors.

“I am in favour of a four-year budget if it’s done in a very collaborative way and a different approach than how the budget are done now. If a four-year budget means it’s going to be done in the same way, a budget drafted by only some individuals and presented to council — no, that’s not acceptable.”

Municipal governments across Manitoba are required to approve their annual operating and capital budgets by the end of March each year. But the criticism of decision-making at city hall has been that all the decisions are made on a year-to-year basis, keeping voters happy with an eye on the next election.

In Winnipeg, the current annual budget documents contain a six-year capital forecast, which details how the city will undertake constructions projects — big and small — over that period of time and how they will be funded.

The multi-year operating budget is supposed to be done in a similar fashion, laying out in detail city hall’s spending priorities.

“City budgeting is a tough job,” said Brian Kelcey, who was the budget adviser in former mayor Sam Katz’s office from 2005-08. He later went on to set up his own public policy and communications consulting firm, State of the City, and is now the vice-president of public affairs at the Toronto Region Board of Trade.

Kelcey said too often municipal councils make short-term deals that keep most of the voters happy from year to year without looking at the big picture. A multi-year budget, Kelcey said, forces municipal politicians to step back and look at the big picture: where are we today? Where do we want to go? How will we get there?

“The proper role for city council, in terms of dealing with the finances, isn’t nitpicking over a few thousand dollars to make budgets balance, it’s setting direction and adjusting strategy based on the public priorities and that’s a long-term game and a long-term planning process can help put councillors in the right frame of mind to make decisions that way,” he said.

“I acknowledge there are going to be uncertainties; however, I really believe council owes it to the citizens to take on the challenge of thinking, acting and making decisions that are more long term.” –Coun. Scott Gillingham

Council directed the administration a year ago to come up with a plan on how to develop a four-year budget. The working plan was brought to council by chief financial officer Mike Ruta in June, where it was approved on a 9-6 vote.

“It will compel council to take a longer-term view of the decisions that are being made. I acknowledge there are going to be uncertainties; however, I really believe council owes it to the citizens to take on the challenge of thinking, acting and making decisions that are more long term in nature around the revenues in our budget and the expenditures in our budget, including what services the City of Winnipeg will provide the citizens of Winnipeg and what levels of service we will be providing through future years.”

An overview of the new budgeting process from the City of Winnipeg Multi-Year Budgeting Report, answering questions including:

Information from the City of Winnipeg Multi-Year Budgeting Report.

Why do governments implement multi-year budgets?

Governments implement multi-year budgets for several reasons, such as to:

• Reallocate and redeploy staff to other functions and activities;

• Reduce ‘‘opportunism’’ to increase department, division, and/or unit budget appropriations from year to year; and,

What are the potential disadvantages of producing a multi-year budget? How can they be overcome?

The potential disadvantages of producing a multi-year budget include:

• An unstable local economy may present difficulties in forecasting revenues and expenditures;

• Legislative acts and resolutions may be needed to accommodate multi-year budgeting;

• Legislative bodies may perceive a loss of budgetary control and oversight;

• Projecting expenditures and revenues may be difficult for some departments, divisions, and/or units;

• The audit function may need to be expanded;

• The budget process may need to incorporate new policies and processes;

• The multi-year budget may not take into account ongoing economic and environmental changes; and,

Governments can safeguard themselves from these potential disadvantages by:

• Conducting an analysis of the existing revenue structure;

• Updating the budget manual to reflect the changes in the budget processes;

• Effectively communicating the need for a multi-year budget with key stakeholders;

• Linking the multi-year budget with the strategic plan, long-range financial plan and revenue forecast, and financial and budgetary policies; and,

• Preparing budget staff in advance regarding implementation of the multi-year budget.

What basic policy statements are contained in multi-year budgets?

• Long-term financial plan (i.e., revenue, expenditure, and programmatic planning and initiatives for 5, 10, 15, or 20 years into the future);

• Revenue analysis, forecast, and trends; and,

The report to council stated several Canadian municipalities use multi-year budgeting in different forms, including Calgary, Edmonton and in Ontario in London and York Region.

Right now, city hall passes a balanced budget every year and at the same time, predicts spending and expenses for all departments for the following two years as well — except the two-year forward is not balanced; that job is left to council the following year.

With a four-year budget, all four years will be balanced, based on financial assumptions the administration and council build into the plan.

“What that does is allow council each year to respond to the changes that may come in any given year,” Gillingham said. “The federal government could open up a new funding program and council could respond to new funding opportunities.

“Conversely, a level of government could freeze or reduce funding to the city of Winnipeg in certain area, council could respond. Because council will vote on the budget every year, council will have the opportunity to respond to any changes that it may face.”

“A multi-year budget process can work if that discipline is there, but that’s as much about the personalities as it is about the math or the numbers that are on paper.””–Brian Kelcey

Legally, no council can impose a budget on future councils, so the four-year budget won’t be set in stone. The plan laid out by Ruta to council in June stipulates that along with the four-year plan, council will be required to review the budget annually and, in accordance with the law, pass a budget each year.

That, in theory, should address concerns over unexpected developments, such as reductions in provincial or federal funding, or an infrastructure emergency.

Kelcey said it will be up to the administration and elected officials to ensure the multi-year budgeting process really achieves long-term planning and doesn’t become a paper exercise.

“… It’s about bringing some discipline to your financial policy process and I think a multi-year budget process can work if that discipline is there, but that’s as much about the personalities as it is about the math or the numbers that are on paper.”

Winnipeg can look to Calgary for budget model

Updated on Tuesday, February 26, 2019 9:36 AM CST: Corrects that Scott Gillingham is the councillor for St. James

Multi-year budget to force councillors, bureaucrats to focus on the big picture 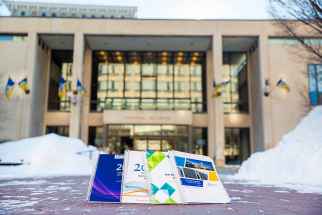 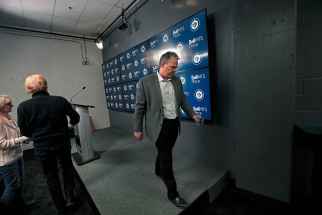 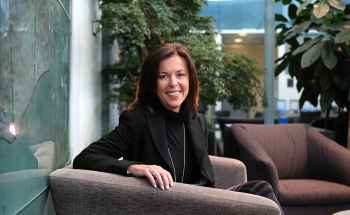 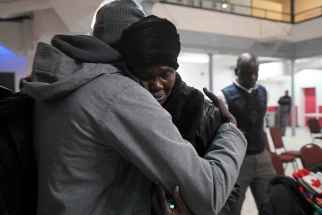 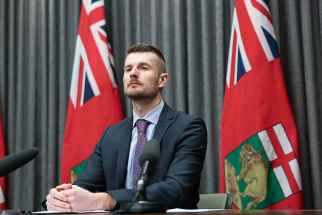 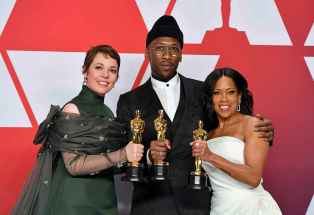 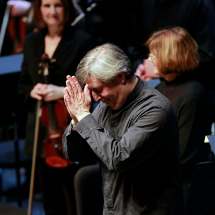 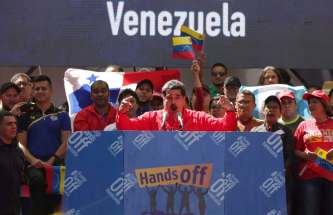 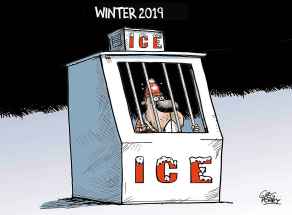