It's a dirty political trick, slipped surreptitiously into a piece of omnibus legislation on the eve of what could very well be a snap spring election.

It’s a dirty political trick, slipped surreptitiously into a piece of omnibus legislation on the eve of what could very well be a snap spring election.

Late last week, journalists and political operatives were somewhat surprised to find, tucked deep in the dark recesses of the Progressive Conservative government’s budget implementation bill, a proposed amendment to election financing laws that would eliminate a major source of public support for candidates and political parties: the rebate for a portion of election-related expenses.

As is the case in most jurisdictions across the country, Manitoba has provided rebates of up to 50 per cent of eligible election expenses for both candidates and parties, as long as they received at least 10 per cent of the popular vote. The rebate was hardly a perfect tool of democracy, but it did help level the electoral playing field to some extent.

Rebates are not paid until long after an election has been held and parties and their candidates have filed their expense returns. However, the mere existence of a rebate allowed established parties to secure valuable loans or lines of credits from banks to fund their campaigns. These loans were repaid, in large part, by the rebates.

By eliminating the campaign expense rebate and then calling an election a few weeks later, Pallister would be deliberately ensuring that his political opponents would be unable to mount competitive campaigns. No matter how you look at it, Pallister’s strategy is cynical. It is, however, in keeping with his past behaviour on the election financing file.

In 2016, his first year in office, the premier eliminated a per-vote subsidy paid to parties and dramatically increased the maximum political donation to $5,000 from $3,000. As he did back in 2016 with the per vote subsidy, Pallister argued the campaign expense rebate was an improper use of taxpayer money. “That’s a subsidy directly to political organizations that does nothing for Manitobans.”

In actual fact, the rebates did quite a lot for Manitobans, particularly those who value a diverse and competitive political marketplace.

In addition to functioning as security for loans, the rebates allowed parties that rely on smaller individual donations to compete fairly with those that draw wealthy, deep-pocketed donors. Parties like the Progressive Conservative Party of Manitoba.

Eliminating rebates, and increasing the individual limits for political donations, seems to be part of a slow and steady effort by the Pallister government to roll back reforms to election financing laws designed to lessen the influence of big-money donors.

“It’s simply not responsible to be making these changes,” said Duff Conacher, co-founder of Ottawa-based Democracy Watch. “It’s anti-democratic and unethical. It is a charade to give wealthy donors more influence in our electoral process.”

Fair and effective election financing demands that steps be taken to prevent any one donor or group of donors from using the size of their donations as a lever to influence government, Conacher said. Any measures that increase the amounts of money that can be donated, and that eliminate public funding sources, are by their very nature anti-democratic, he added.

An election financing regime that had fairness as its principal goal would increase the amount of public support for political parties in a proportional manner that connects the amount of money to the number of people who support it, either through donations or votes, Conacher said. Quebec, for example, provides grants to candidates and parties based on how much money they raise, and a subsidy calculated on the number of votes they receive.

“This is, ultimately, the most democratic way to support political parties,” he said.

But what if the government of the day did not want to support all political parties? Well, then you’d have what’s happening in Manitoba.

There is no doubt that on the basis of fundraising efforts alone, Pallister’s Tories have a distinct advantage. They are raising more money than the NDP and Liberals combined, which is not unusual for a first-term government with a huge majority and no immediate prospect of losing the next election.

However, circumstance is not the only thing driving the Tory fundraising machine. Even before he won in 2016, Pallister made it clear to his caucus and party officials that fundraising would be job one between elections.

Prior to assuming the leadership in 2012, the Tories were a hot mess when it came to fundraising. A handful of Tory MLAs were notorious for hoarding donations for their own constituency warchests, and remitting little or no money to the central party.

That was then. Now, party sources confirm that every MLA has been given hard fundraising targets for the central campaign. Failure to meet those targets is met with swift and angry condemnation from the premier himself.

The changes to election finance laws are particularly dubious in the context of a possible snap election call. Pallister seems to realize that he’s on thin ice in this regard, and took steps Tuesday to end speculation about a spring election. Sort of.

In a scrum with journalists, and in a video posted on Twitter, Pallister promised he would not call an election “during a flood watch,” referring to the most recent update from the province which has identified a high likelihood of spring flooding this year.

However, he specifically wouldn’t say if he would drop the writ if and when the flood threat had passed. So, if no spring blizzards hit the province, and the rivers remain within the confines of their banks, you can be sure two things will happen.

One, the people who live in the immediate proximity of our great rivers will breathe a sign of relief.

And two, the premier will revisit his pledge to avoid a spring election. 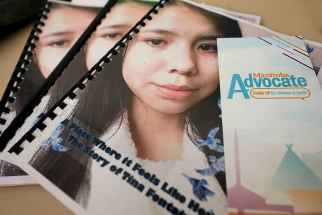 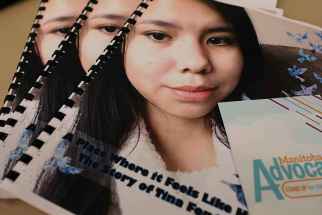 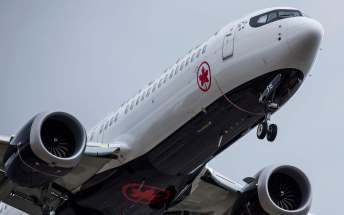 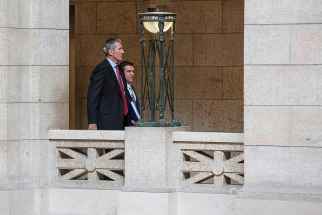 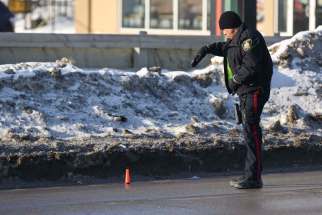 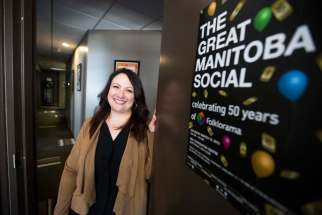 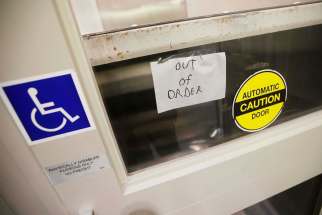 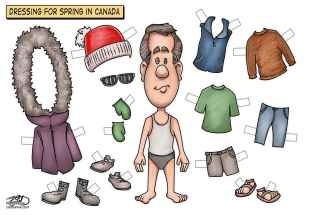