He had the No. 19 glued to the back of his helmet and a pale blue practice jersey made him look the part.

He had the No. 19 glued to the back of his helmet and a pale blue practice jersey made him look the part.

Underneath the uniform, however, Kamerin Nault was quaking. And he was fine with that.

"Oh, there were a lot of nerves," said the 23-year-old Winnipegger, smiling as he described his first practice as a member of the Manitoba Moose at the Iceplex Tuesday morning. "My hands were shaking for the first 10, 15 minutes. I grew up with the Moose. We didn’t have the Jets when I was growing up, so I grew up with my watching Moose games. I still have the picture of me with (goaltender) Johan Hedberg, just before he got called up to Pittsburgh (during the 2000-01 season).

"So this was a pretty cool moment for me."

It was also a moment years in the making for Nault, who signed a professional tryout deal with the Jets’ American Hockey League affiliate earlier this week.

Nault, feeling he had been spinning his wheels early in 2018-19 while scrambling for third- and fourth-line minutes with the University of Manitoba Bisons, decided to turn pro after the Christmas break against the advice of his agent, Carson Shields of Winnipeg’s Wingman Player Consulting.

Shields suggested he finish the school year. But Nault, still grieving after the suicide of former teammate and close friend Ben Sveinson, felt the time was right to experience life in the pro ranks.

He felt his hockey career slipping away and didn’t want to delay.

"It was a tough summer for me and my family," said the 6-2, 194-pound left-winger. "We went through a pretty emotional situation with someone who was part of our family, Ben Sveinson, who ended up taking his own life…. He battled through some concussion issues and eventually depression got to him and it was too much for him to bear. We were close.

"When he went through his first major concussion, I got him to quit hockey. He spent 2 1/2 months just with me and my family out at the lake. The only reason I was able to play junior hockey was because of him. He picked me up for the rink and he drove me there every day."

Sveinson and Nault were teammates for three seasons with the MJHL’s Winnipeg Blues, winning a league championship together in 2014, and they forged a tight bond. Sveinson was also close to Nault’s parents, Jason and Katherine.

"We weren’t best friends, we were more like brothers," Nault said. "He attempted (suicide) a couple of times. I found him after his first attempt at suicide, and so from there was a three-month period where I was always trying to watch out for him. I wasn’t getting much sleep."

Sveinson’s death and Nault’s unproductive season with the Bisons proved to be a catalyst for change.

Shields proceeded to get his client a contract with the ECHL’s Greenville (S.C.) Swamp Rabbits and after a slow start, Nault’s natural scoring ability started to flash. He scored 10 goals in his first 12 games, finishing with 12 goals and 21 points in 20 games.

And one of Nault’s creations, a mind-blowing, spinning effort to set up linemate Michael Pelech against the Norfolk Admirals, even made ESPN’s SportsCenter top 10.

"He kind of eased me into it, which was perfectly fine," Nault said, referring to Rabbits head coach Kevin Kerr’s approach to working him into the lineup. "I was happy learning the ropes. And then three or four games in he gave me an opportunity to play more minutes and then I just had to run with it a bit. I played with Michael Pelech and Austen Brassard.

"They’re both really good guys and helped me and gave me the confidence to play, and Kerr gave me all the opportunities and he believed in me. I knew I could score. I always had a knack for it."

Nault’s only regret was missing a charity event staged on Feb. 18 in Sveinson’s honour, the Play 4 Sven outdoor tournament. Proceeds from the event went to concussion research and mental-health awareness.

Shields wasn’t surprised by what his client showed over a short time with the Swamp Rabbits.

"I think what it is is this kid is big, he can shoot and his offensive capabilties are sky-high," he said. "He just has a nose for the net. I know that’s cliché, but he really does."

When Greenville’s season came to an end, Moose GM Craig Heisinger was interested in taking a closer look at Nault.

But the AHL will be a big step up. Nault is prepared for that. He also knows the chances of getting game action are extremely limited with the Moose in a frantic battle for a playoff spot during the final week of the regular season.

"The first person I wanted to text when I found out I was coming home was (Ben)," said Nault. "It’s one of those things where our family is still learning to deal with it. We’re slowly getting there. It was great to see the Play 4 Sven tournament and how well that went. That was hard not being home for that."

His arrival in the AHL seems even more amazing given he spent his Grade 10 and 11 seasons playing high school hockey for Garden City Collegiate. He was ribbed mercilessly for his ultra-serious approach to the game.

He has great hope for what the future might bring.

"I’m hoping just to learn from everyone in this organization… and take as much knowledge from them as I can, and put into my own game and put it into my off-season, and hopefully next year come back to a camp and try and impress someone," he said. "You never know how things work."

Nault also takes his health more seriously after suffering his first concussion last fall. He resisted the temptation to ignore the injury and play on.

"You’ve only got one brain," he said. "I can play with a broken hand, maybe a fractured ankle, but a concussion, I’m a lot more aware of that now." 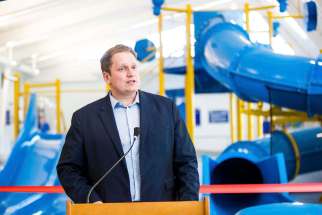 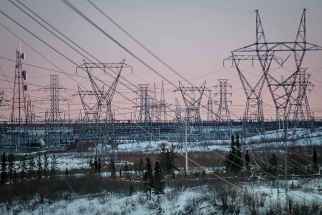 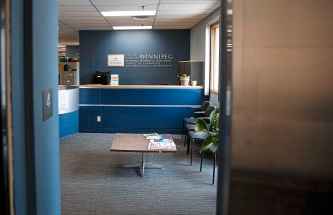 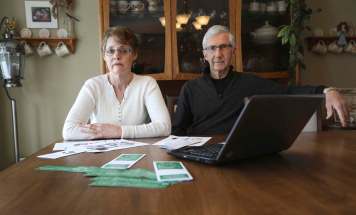 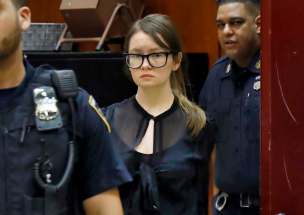 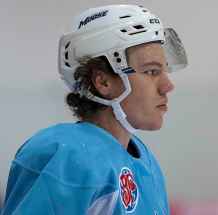 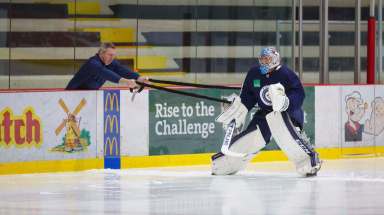 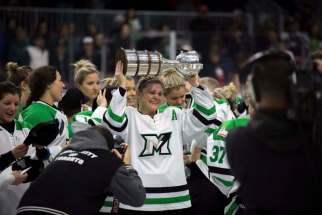 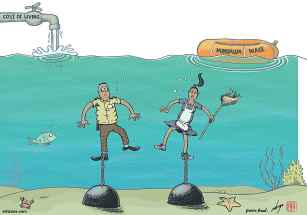