Valour FC made its home debut Saturday, but the stars of the show on opening night were the 9,699 fans who came to Investors Group Field prepared to have a rollicking good time.

Valour FC made its home debut Saturday, but the stars of the show on opening night were the 9,699 fans who came to Investors Group Field prepared to have a rollicking good time.

And they made good on that promise.

Spurred on by their largest supporters group, Red River Rising, the IGF crowd sounded unlike any other local sporting crowd — waving flags, singing songs with Valour-themed lyrics, disputing calls and even throwing in the occasional hockey chant (”Ref, you suck!” was popular).

Late in the game, the locals went wild when Michael Petrasso scored on a penalty in the 86th minute. The home side pressed for the equalizer but it was not to be as Valour dropped a 2-1 decision to FC Edmonton.

“That was incredible,” Valour goalkeeper Tyson Farago said. “What this city produced today was definitely a landmark for me. It was incredible to see everybody out there. Family and friends. I’m never going to forget this day.” 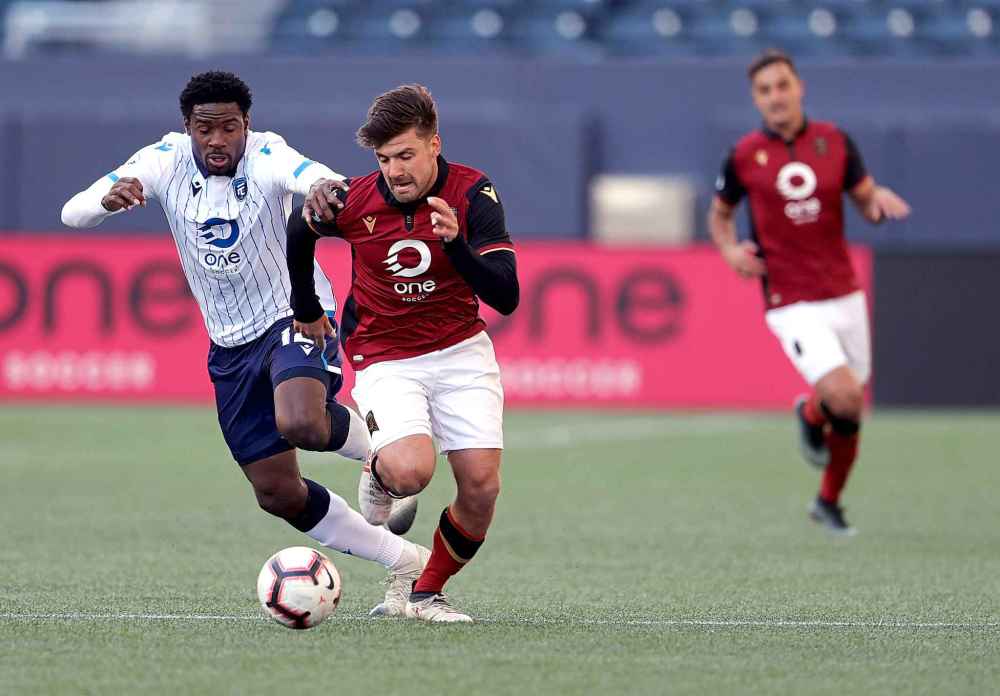 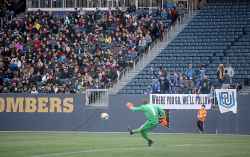 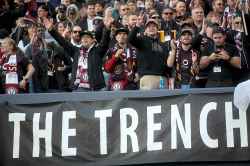 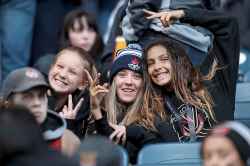 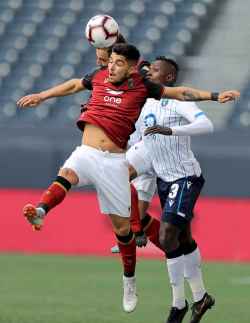 Nicky Cottee, president of the Red River Rising supporters group, understood the pride of participating in a new venture.

“It was pretty exciting because this is the first game, right?” said Cottee after watching the game from the front row of Section 144, a chunk of seats her group has nicknamed “The Trench” in the northeast corner of the stadium.

“I think we got the people going more than we thought. It takes a little time to get used to the songs, but by the half, I could see them singing three sections down. So, it’s just going to grow and grow, which is exciting.”

Supporting the local side is an important part of what they do, but some of Winnipeg’s most dedicated fans are hoping the Canadian Premier League can help to elevate the country’s profile on the international stage.

Domestic leagues are seen as a key feeder system for any country’s national side.

“There’s a lot of challenges, especially since Canada is not well-ranked,” said Jake Cadigal, another Red River Rising member who marched 20 minutes from a pre-match event at Nicolino’s Restaurant to the stadium. “This is the first step. We’ve always advocated for a Canadian league whereby people can develop from that. The MLS started as an American developmental league for the national team and look at the U.S., they’re always in the World Cup. So, hopefully the Canadians will have that.

“If you’re 14 years old and you can’t crack the academy at Toronto FC, this is something to look forward to. To play on your home field and see your team win and you get experience and Rob Gale as a coach is fantastic.”

‘It’s so gratifying seeing your son (goalkeeper Tyson Farago), your child, enjoying what he loves to do and seeing him achieve something he’s really wanted for so long’

Cadigal, a longtime fan who watched the now defunct Winnipeg Fury advance to a Canadian Soccer League conference final in 1988 and win a league title in 1992, relished the opportunity to cheer his home team again.

“We’ve been saying this for years,” said Cadigal, who bought four season tickets for Valour’s inaugural campaign. “They had plans a long, long time ago… we hoped it would come to fruition. But every study says it can’t be done. I don’t know why. And then we see Iceland making the Euro (Championship) and doing really well. A country with 300,000 people. And it’s not about the population, it’s about the will to actually have it done. This is really exciting for me personally and for my family and friends.”

Some fans had more than just a keen rooting interest.

Farago’s mom, Joan, was emotional before the game as she described the experience of witnessing his homecoming after playing overseas for many years.

“It’s so gratifying seeing your son, your child, enjoying what he loves to do and seeing him achieve something he’s really wanted for so long,” Joan Farago said. “I’ve seen him go all over the world — Ireland, Brazil, England, all over — and he’s had some success but I think this is really a very positive move for him.”

Valour heads out on the road Wednesday against Cavalry FC in Calgary before returning to IGF for a Saturday afternoon match with HFX Wanderers FC.

“It was 100 per cent fun,” Cottee said. “We thought they played great. Just having a team to watch is fun and we get to come back next week and do it again.”

Valour control play but fail to capitalize on chances