Brittney Langlais isn't on the field to make a bold statement about breaking barriers.

Brittney Langlais isn’t on the field to make a bold statement about breaking barriers.

She just wants to play baseball at the highest level possible. And right now that means playing with the guys again, this time on the pitching staff of the Interlake Blue Jays.

When Langlais suits up Friday in Stonewall, she becomes the first woman to have her name scribbled on a Manitoba Junior Baseball League lineup card.

It’s a watershed moment in the 43-year history of the MJBL. Junior baseball has been played on diamonds across the province since the early 1900s but the MJBL was formalized in 1977.

Langlais, 20, from the Garson area, has been competing in baseball — not softball — with the boys since she was eight years old, right from mosquito to AAA midget. Elevating her game to the junior ranks is the next logical step.

While blazing a trail was never her intention, the impact of the moment in time isn’t lost on her, either.

‘I’ve got some pretty big goals, so want I stay in high-quality baseball. For me, to be able to compete with the high-level guys as much as I can will help me improve as a pitcher facing that kind of hitting’ – Brittney Langlais

”I think it’s pretty cool. I feel like girls’ baseball is really growing in Manitoba and it’s good for younger girls to see that you can play at the higher levels if you want it and really try,” Langlais told the Free Press this week. “When I was little, I never thought about being the first girl to do anything, I just trained a lot, my parents pushed me to be my best and it’s carried me a long way.

“I’ve got some pretty big goals, so want I stay in high-quality baseball. For me, to be able to compete with the high-level guys as much as I can will help me improve as a pitcher facing that kind of hitting.”

Her dream is to make Canada’s national team, in time for the 2020 Women’s Baseball World Cup. Last summer, she participated in Baseball Canada’s national women’s camp, and in July she’ll compete with some of the country’s top prospects at a senior women’s tournament in Okotoks, Alta.

She was also a key performer on the Manitoba women’s team at the 21-and-under nationals last summer in Stonewall and will don provincial colours again in Ottawa in August.

For now, she’ll be hanging with the boys of summer, something that hasn’t been an intimidating proposition in the past.

Langlais said she hasn’t — in her many seasons sharing the field with the guys — come up against any resistance from teammates or opponents. If there was a negative reaction when she mowed down a batter, she didn’t notice.

Neither did Roger Langlais who, like any father, kept a protective eye on things.

“As a parent, and even putting my coach hat on and thinking about all the years she’s played, it’s been positive,” he said. “I remember when she was playing with the Junior Goldeyes’ winter program in St. Louis as a 15-year-old and some of the boys down there are probably thinking, ‘Ah, there’s a girl on the mound.’ But she definitely held her own.

“One of their stronger players came up to her and shook her hand after, so that was cool. We’re really proud of her.”

Not quite five-foot-six, Langlais said she begins her debut MJBL season with some trepidation, given that she stands a head shorter than most of the players, and there are some some cleat-wearing giants in the league for 18- to 21-year-olds.

“I’ve played with most of them before, they’re just a lot bigger now,” she said. “When I was younger I guess I had to earn their respect, but now it’s all good. I’m so used to being the only girl and trying to fit in with a huge group of guys. The team’s been really inviting. I think it’s going to be a good season.”

Acceptance hasn’t been an issue with the Blue Jays. In fact, a handful of her teammates have shared the dugout with her in the past, either in the North Winnipeg Pirates AAA program or the Lord Selkirk Royals high school varsity baseball team.

Interlake catcher Brennan Cheasley, who has been on the receiving end of Langlais’ stuff for a couple of years now, said the right-handed hurler has fit right in with every team she’s been on.

“Honestly, we’ve always considered her just another player on the team,” he said. “We just play ball. And the more bodies the better, especially pitchers I see her tenacity out there. A lot of people just use raw power, but she can hit her spots. I’ve caught her a ton and she can beat guys by being smart with her pitches.”

Langlais might not debut against the defending league champion Elmwood Giants but she’ll undoubtedly make a relief appearance in Sunday’s double-header against the St. Boniface Legionaires at Whittier Park, said Blue Jays head coach Adam Kirk, who has been duly impressed with the slight, but crafty pitcher.

”Baseball’s a game where if you can play, you play. We’re really happy to give her a shot and see what she can do,” said Kirk, who has managed the team for eight seasons, though not in succession. The Blues Jays returned to the MJBL in 2017 after taking a two-year hiatus.

“In our league, everyone can hit an 83-mile-an-hour fastball. That’s everybody’s pitch. But if you throw a little less and you’ve got some movement and you can spot up, you can be a very effective pitcher in this league. If she can throw to where she needs to, she can definitely keep guys off balance and get guys out, for sure.”

While Langlais is the first woman in the MJBL, another could join her later in the summer. The Elmwood midget squad has pitcher Sarah Moir on its roster, and the Winnipegger could be called up by the Giants’ junior team in a pinch.

Langlais, named Manitoba’s female baseball player of the year in 2018, just returned from Rouse Hill, a suburb of Sydney, Australia, where she played semi-pro. The Wildcats of the New South Wales Women’s Baseball League struggled to put up victories but she tossed a lot of innings and worked on her mechanics. By mid-April she’d incorporated a curveball into her repertoire, and honed it with an all-star team (NSW Blue Sox) during a state-wide tournament in Canberra.

She was enrolled in the faculty of kinesiology and recreation management at the University of Manitoba last fall but put her studies on hold to head Down Under. She took an online course to hold her spot, and there’s a strong possibility she’ll return to the classroom in September.

She doesn’t possess a sizzling fastball and understands she’ll need good command of the strike zone, change of speeds and plenty of movement to be effective in the MJBL.

MJBL president Jamie Bettens said he’s thrilled the league is recognizing athletes’ talent and commitment to the game, regardless of gender.

“Brittney is no different than the other players in our league, in that she has a hunger and a drive to be the best in her sport. The fact we can provide the avenue to do that, we are honoured and we don’t take that lightly,” Bettens said. “To be able to have someone like her in our league, as a role model for young girls and boys, is just a great opportunity.”

‘This is an unjust law’ 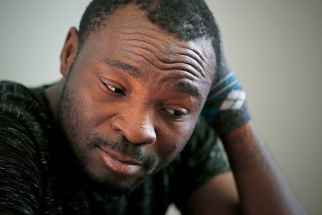 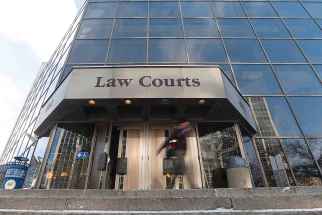 ‘It makes me sick. It scares me’ 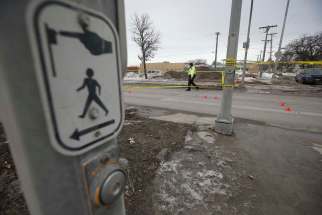 Breaking ground on the mound 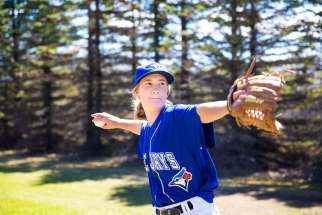 Thrice as nice for the Ice 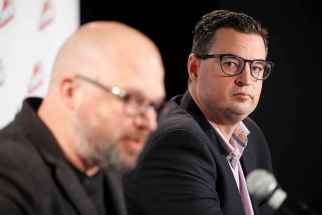 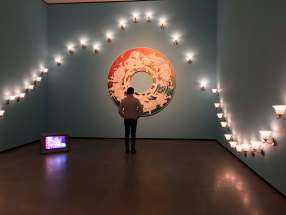 Game(s) of Thrones: bringing the hit series to your table 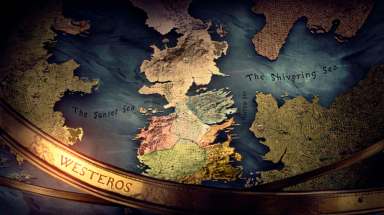 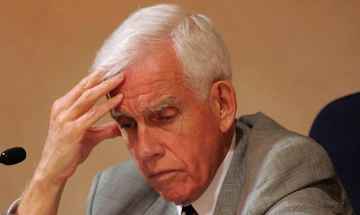 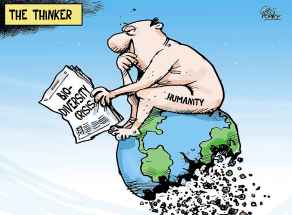 ‘It makes me sick. It scares me’ Thrice as nice for the Ice