Lorne Hanks was driving down a tree-lined River Heights street Wednesday when he heard a rumbling noise so loud it prompted him to pull over.

Lorne Hanks was driving down a tree-lined River Heights street Wednesday when he heard a rumbling noise so loud it prompted him to pull over.

“First I thought maybe I had a flat, so I got out to check and see — as soon as I stepped outside, the bottom of my shoe was stuck,” Hanks said.

“The sound was literally just the sound of the rubber peeling away from the sticky road surface.”

Aphids have taken over Winnipeg, with their sticky “honeydew” defecation covering cars, streets — even people who pass too close to a tree or bush.

“This must be what Spider-Man feels like,” Hanks said.

U of M entomology instructor Jordan Bannerman said it’s a bad year — but it’s only American elms that are being taken over.

“Unfortunately this is one of the really common trees in a lot of the older neighbourhoods,” Bannerman said. “While there’s fewer than there used to be, they’re still one of our very dominant trees.”

The tiny, white bugs slurp up tree sap, Bannerman said. “The sap is mostly sugar (but) they don’t actually need that much sugar. So a lot of what they suck in, they just pass out right through their gut, they actually have a bypass, and just poop it out.

It can get so thick it’s slippery for cyclists, he said.

The city’s insect control superintendent Ken Nawolsky said the dry weather that’s kept mosquitoes at bay is just what the aphids like.

They can breed every week — and breed faster when it’s hot, Nawolsky said. He estimated we’re at the peak of aphid season now but they can stick around until September.

“If you get lots of rains, they don’t reproduce as quickly,” he said, because it’s not as favourable and because heavy rain can wash the bugs off leaves.

Lady beetles are their main predator but ants — who love to eat the sticky honeydew — “are very protective of the aphids,” Nawolsky said.

“If there’s a lady beetle around, they’ll attack the lady beetle to prevent it from eating the aphid. So there’s kind of a little battle going on in Mother Nature,” he said.

He advises washing cars frequently with soap to avoid it getting “baked on” by the sun.

The city doesn’t spray for aphids because they don’t damage trees, Nawolsky said.

Bannerman said the honeydew can grow sooty mould, which should be washed off any produce growing beneath an elm tree.

He said populations vary from year to year, and different species attack different plants, so spraying a tree this year won’t affect the aphid population next year.

Earl Grey resident Oly Backstrom said while other summers have been sticky, this struck suddenly.

“This one started like a switch had been flipped,” Backstrom said.

“The aphids must have had a… prolific… evening,” Monday night, he said. Thursday’s rain cleaned roadways enough to stop the sticking sound from cars and bikes.

But Backstrom is willing to put up with a little stickiness.

“It is part of the package of having a nice tree canopy. I prefer it to the worms hanging from the trees,” he said.

Survivorman Les Stroud describes what B.C. fugitives could be up against 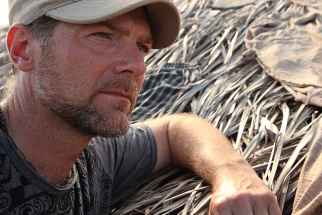 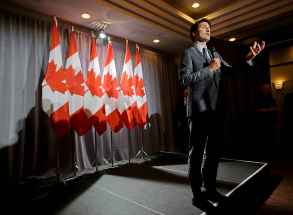 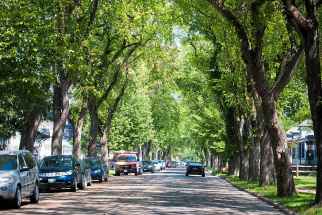 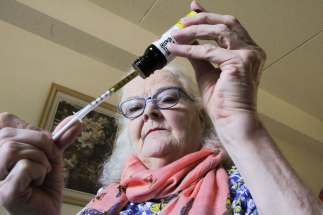 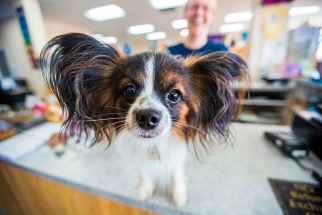 Ranking Tarantino's films as his latest movie, Once Upon a Time... in Hollywood, hits theatres 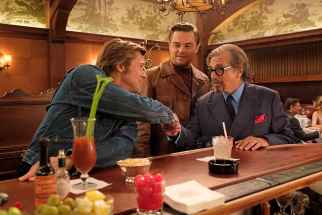 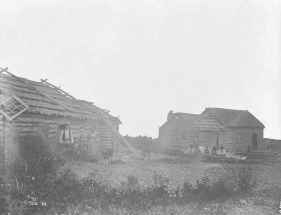 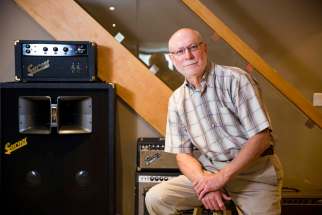 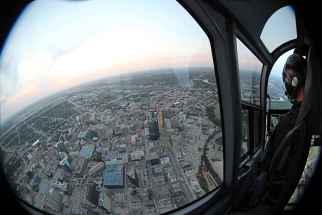 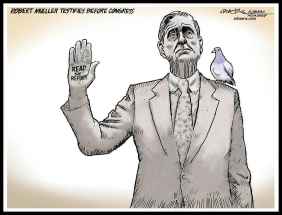