Premier Brian Pallister's abrasive leadership style chafes many Manitobans, but not enough to hurt his party's pathway to a majority, according to a poll commissioned for the Free Press and CTV News Winnipeg.

Premier Brian Pallister’s abrasive leadership style chafes many Manitobans, but not enough to hurt his party’s pathway to a majority, according to a poll commissioned for the Free Press and CTV News Winnipeg.

“You can be unpopular or abrasive and have a style that the people don’t approve of — and (they) still will vote for the party,” said Scott MacKay, president of Probe Research.

His firm polled Manitobans through an online survey, conducted Aug. 13 to 24, and found that “we’re not enamoured with these parties, or their leaders.”

The survey also found that NDP Leader Wab Kinew’s allegations of assault are not shaking his popularity among women voters. However, his past upsets younger NDP partisans twice as much as older party loyalists.

Pallister and Kinew are polarizing figures for Manitobans.

Some 54 per cent of Manitobans polled say they disapprove of the premier, compared with 40 per cent approving.

A full 56 per cent say Pallister’s leadership style has been "unhelpful" for the province in his spats with Prime Minister Justin Trudeau and Mayor Brian Bowman.

Similarly, 43 per cent disapprove of Kinew’s performance, compared to 41 per cent approving.

“And those who don’t know those two individuals are more inclined to think favourably of them,” MacKay noted.

The Manitobans surveyed were largely split when asked to assess Kinew’s brushes with the law.

Four-in-ten respondents said Kinew’s allegations of assault constituted a serious enough issue that it would prevent them from voting NDP, while just more than three-in-ten accepted Kinew’s explanation that he is a changed person.

‘You can be unpopular or abrasive and have a style that the people don’t approve of– and (they) still will vote for the party’ – Scott MacKay, president of Probe Research

Among NDP loyalists, a fifth said the allegations made them lose confidence in their leader, a number that rises to 41 per cent among partisans aged 18-34. Yet MacKay cautioned that younger party supporters don’t tend to vote as much seniors.

The polling found that the NDP do not appear to be losing their support among women, who traditionally vote for the party, and whom Pallister has been trying to court in battleground ridings.

“You don’t notice this alienated group of women who refuse to warm to (Kinew); it’s just not the case. They are inclined to have accepted his version of the story, or they’ve put it behind him,” MacKay said.

Both the PC and NDP brands have taken a heavy hit over the course of the campaign.

The poll found Manitobans have a lower opinion about both main parties, with 42 per cent saying they have a worsened impression now of the PCs compared to when the campaign began in early August, while 35 per cent have a lowered perception of the NDP.

Voters’ perception of the provincial Liberals is largely unchanged, with a five per cent drop in the party’s approval. MacKay believes that drop would be higher if the party was publishing negative attack ads.

“The public says they really don’t like negative campaigns, but the reason they are run is because they do work,” MacKay said.

Only the Green Party saw positive momentum, with a 28 per cent of respondents saying they have an improved feeling toward the party. However, 60 per cent say their perception of the Greens has not changed over the course of the campaigns, which MacKay said is more indicative of how Manitobans feel.

The Free Press shared the provincial and Winnipeg numbers on Labour Day with the two main parties, in an attempt to get their reaction to the poll.

The PCs feel that their messaging on Kinew’s record suspension is gaining traction. "This polling clearly shows Wab Kinew’s criminal past is an issue of growing concern to Manitoba voters of all stripes," wrote a campaign spokesperson.

The NDP shot back that "Pallister refuses to show up for public debates and makes personal attacks as a way to hide from his record of health-care cuts.” 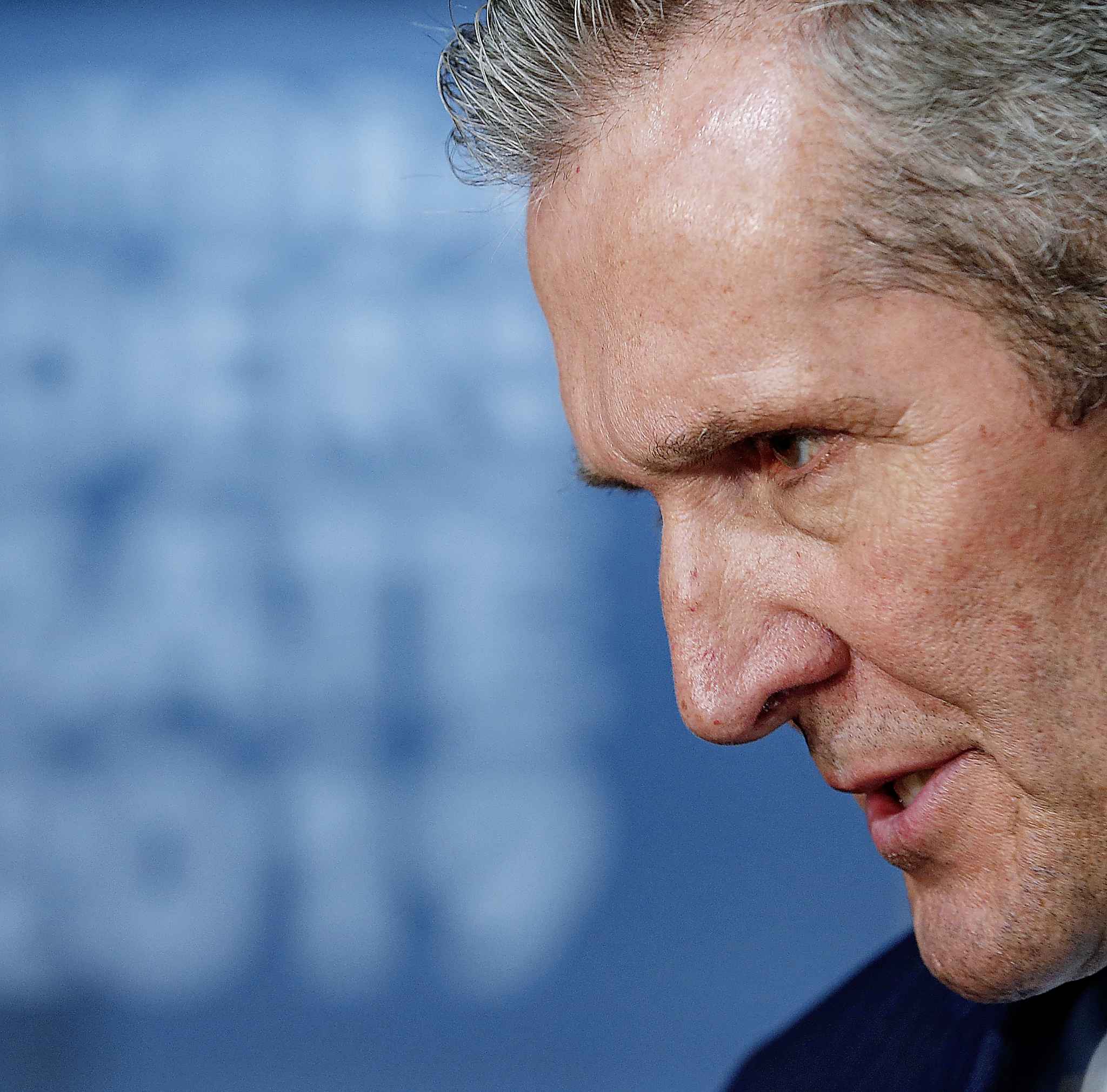 Leader popularity often key to victory — but not always

Duane Bratt, a political science professor at Calgary’s Mount Royal University, said a leader’s likability tends to benefit parties, though this depends on their opponents.

“It’s not a referendum on leader, because it’s a choice,” Bratt said.

Stephen Harper, for example, was widely seen as unlikeable, but he managed to get ahead of his Liberal opponents, to a point.

Stéphane Dion and Michael Ignatieff were not perceived as competent, while Paul Martin was seen as being tied to the sponsorship scandal. “And so when he ran into Justin Trudeau who had a lot more charisma in 2015 than he does today, that kind of ended it for Harper,” said Bratt.

He said Alberta’s provincial election this April was an exception to the rule, with the more popular NDP Leader Rachel Notley losing to UCP Leader Jason Kenney, a pattern Bratt said might be repeated in Manitoba this month.

That’s because the Forum poll suggests Premier Brian Pallister’s is personally unpopular, despite his party leading in the polls.

The finding is likely to fuel existing speculation that Pallister aims to leave provincial politics during a second term as premier.

Probe Research conducted an online survey of 1,200 Manitoba adults from Aug. 13 to 24. Respondents were recruited from Probe’s proprietary online panel, as well as from a national online panel. Probe said a random telephone survey of this size would have a margin of error of plus or minus 2.8 percentage points 19 times our of 20.