It's not a great look for the local hockey club, that much is obvious. So it's fair to ask the question: have the Winnipeg Jets become a difficult team to do business with?

It’s not a great look for the local hockey club, that much is obvious. So it’s fair to ask the question: have the Winnipeg Jets become a difficult team to do business with?

There’s mounting evidence to suggest that’s the case, especially since training camp is about to begin here in River City with ongoing contract disputes taking centre stage for a second straight September.

Last year it was top-pairing defenceman Josh Morrissey’s stalemate that overshadowed the on-ice action, at least until the matter was resolved a few days later. When things get underway at Bell MTS Iceplex on Friday, it looks to be a case of double trouble in the form of star forwards Patrik Laine and Kyle Connor, barring any last-minute developments.

Yes, there are still a surprising number of unsigned, high-profile restricted free agents around the league right now, but Jets general manager Kevin Cheveldayoff and his crew have a pair of them, which, along with a trio of other teams, is the most among any NHL clubs. Three such cases over two years puts them at the top of a rather undesirable list over that span.

Another key metric is arbitration, in which an independent third party is required to settle the differences between a player and club. Although players and teams often go this route, the vast majority of arbitration-elected cases get settled prior to a hearing.

Over the past two summers, only 10 went the distance and ended with a binding ruling being made. Two of them involved the Jets, with Jacob Trouba in 2018 and Andrew Copp in 2019. Eight other clubs had one player. The remaining 22 haven’t had any.

I’m no NHL executive, but these kinds of repeated distractions don’t exactly seem like a blueprint for success, even though they may be a necessary evil for a team faced with a salary-cap crisis such as Winnipeg.

It’s nothing personal, some may say. No big deal, right? Well, check out what the always-candid Copp had to say on the matter earlier this week when he appeared on TSN 1290.

“I kind of took it as going to war a little bit,” Copp told Afternoon Ride hosts Andrew Paterson and Rick Ralph.

You’ll recall Copp was seeking a US$2.9-million award, which seemed perfectly reasonable after the 25-year-old Michigan product made massive strides in his overall game last season, set a career high in goals and showed his versatility by moving up and down the lineup, both on the wing and at centre.

The Jets countered with a paltry US$1.5-million, which certainly seemed like an insulting, low-ball offer. Turns out Copp felt the same way.

“It wasn’t a whole lot of fun,” Copp said of the process. “They kinda cut you down and say why you only deserve this much.”

The arbitrator essentially took the easy way out and split the difference, as is typically the case, and awarded Copp US$2.28 million per season over two years. Given Copp’s take on what went down, you have to wonder if the overall damage done by basically nickel-and-diming a heart-and-soul player might be more costly than the bit of money that was saved.

“It wasn’t a whole lot of fun. They kinda cut you down and say why you only deserve this much.”
– Winnipeg Jets’ Andrew Copp on salary arbitration

Of course, the Jets probably need every penny to find a way to get Connor and Laine under contract without having to perform any other surgery to their roster. They already got the scalpel out this summer, excising Trouba (for the cheaper and less-heralded Neal Pionk) and taking a pass on re-signing Tyler Myers, Ben Chiarot and Brandon Tanev.

With approximately US$14.5 million in remaining cap space, you wonder how Cheveldayoff can find a way to get both wingers back in the fold — especially given some other recent developments around the NHL that suggest it’s getting ugly out there.

If you haven’t noticed, the landscape appears to be shifting when it comes to deals for talented young players coming out of their entry-level contracts. They not only want big money now, as is their right, but many seem to want to find the quickest route to potential unrestricted free agency and the bidding war and windfall that can create. Good luck signing a star player for the maximum team-friendly term of eight years, for example.

Toronto Maple Leafs star Auston Matthews helped set the market last year with a five-year deal that will walk him to unrestricted free agent status, and Sebastian Aho followed suit this summer by signing a five-year offer sheet with the Montreal Canadiens that the Carolina Hurricanes matched, despite knowing it could ultimately pave the way for his future exit.

A shorter-term bridge deal, you say? Well, there’s a new twist on those, as well.

The Columbus Blue jackets signed restricted free agent defenceman Zach Werenski to a three-year, US$15-million deal earlier this week, but there’s more than meets the eye to this one. Although the annual average value and cap hit is US$5 million, he will make US$4 million the first two years before his salary jumps to US$7 million in the final year. That’s very much by design.

Without going too deep on the math, it means the Blue Jackets will have to make a minimum qualifying offer of US$7 million in order to retain his rights as an RFA and guarantees a massive bump for his next deal. (Under terms of the league’s collective bargaining agreement, a qualifying offer must be at least 100 per cent of the last year of the deal for a player making more than US$1 million). If they don’t, they would walk away from him and make him a UFA.

Toronto’s Mitch Marner is said to be seeking a similar arrangement in the form of a three-year bridge deal in which the forward’s pay would jump to as much as US$15 million in the last season, meaning the Maple Leafs would be absolutely handcuffed when it comes to qualifying him as an RFA.

Put another way, it appears players (and their agents) have recognized a potential loophole that might just allow them to become a UFA even sooner. Of course, nobody is forcing general managers to sign these kinds of contracts, but that didn’t stop Jarmo Kekäläinen from doing it this week in Columbus.

All of which must be keeping executives such as Cheveldayoff up at night, wondering how to make this all work.

The Jets have little financial flexibility, but they probably can’t afford to be without Laine and/or Connor for an extended period if they have visions of contending for a Stanley Cup with a roster that’s already taken a hit.

To add even more urgency to the situation — and again risk making your eyes roll at the prospect of some additional mathematical gymnastics — the situation becomes even more dire if Laine and Connor haven’t signed by the time the regular season begins on Oct. 2.

As TSN’s Frank Seravalli noted on Wednesday, any deal signed beyond that point carries a higher, pro-rated cap hit in the first year than any other year on the deal. And it gets larger by the day, putting a team already up against the ceiling in a perilous position.

For example, Toronto’s William Nylander signed his deal on Dec. 1 last year — the final deadline for being allowed to play in the NHL that season — to the tune of six years and US$45 million. That would normally carry an annual average cap hit of US$7.5 million. However, because of how much time in the season had already passed, the Maple Leafs were on the hook for just over US$10 million last season, and just under US$7 million for the remaining five years.

That’s fine if you have plenty of breathing room right now, which certainly isn’t the case here in Winnipeg.

So, to answer the original question: yes, the Jets are a difficult team to do business with, mainly out of necessity and perhaps a bit of desperation. But in the ever-evolving NHL world, it’s getting a lot tougher to get anything done these days. 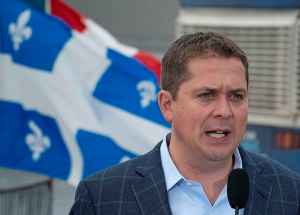 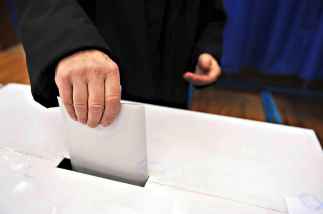 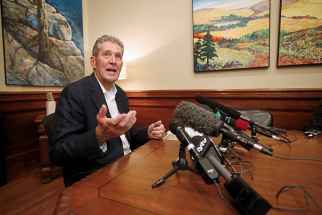 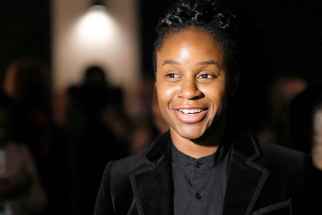 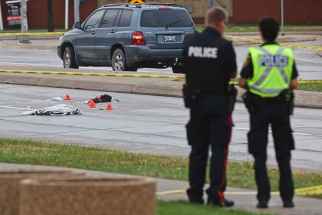 Cap crunch holding up deals with forwards Laine and Connor 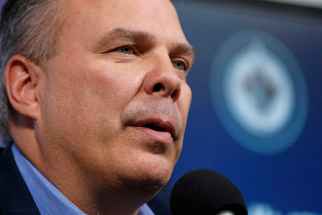 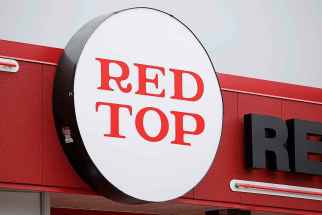 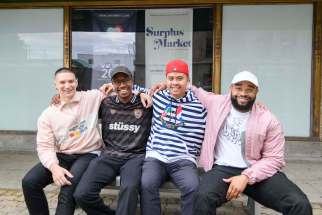 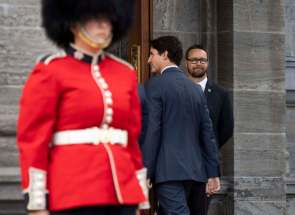 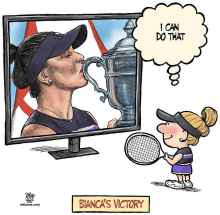