OTTAWA — Premier Brian Pallister is extending an olive branch to Prime Minister Justin Trudeau, offering advice on how to quell western frustration in the aftermath of a divisive federal election campaign.

OTTAWA — Premier Brian Pallister is extending an olive branch to Prime Minister Justin Trudeau, offering advice on how to quell western frustration in the aftermath of a divisive federal election campaign.

Pallister said he offered “nothing concrete” to Trudeau on how to govern the Prairies, such as suggestions on cabinet appointments.

Yet he stressed that “a willingness to change one’s approaches” will go far to heal the rift with western provinces.

OTTAWA — Premier Brian Pallister is seizing the moment with a minority Liberal government in Ottawa and a wave of conservative premiers to try pushing for more health-care dollars.

“You don’t fund health care with fairy dust. You need financial support and a partnership,” Pallister told the Free Press.

OTTAWA — Premier Brian Pallister is seizing the moment with a minority Liberal government in Ottawa and a wave of conservative premiers to try pushing for more health-care dollars.

“You don’t fund health care with fairy dust. You need financial support and a partnership,” Pallister told the Free Press.

Among myriad topics raised at an hour long-meeting on Parliament Hill, Pallister said he urged Trudeau to reconsider the health-care transfer the Liberals implemented three years ago, which slowed the flow of federal dollars, despite an aging population.

Pallister was the last premier to sign onto that health accord after months of urging other provinces to hold the line and demand more money.

The Liberals sweetened the deal by putting up millions in cash for mental health and home care and, gradually, premiers signed on to a deal that will hold until spring 2027.

“The provinces that caved largely were Liberal premiers; I’m not criticizing them for that, Pallister said. “But the dynamic is very different. It’s gone from basically eight NDP or Liberal premiers to the other way around.”

Pallister argued it was inappropriate for Ottawa to direct the spending on part of the health accord saying this loosens the province’s control and, as a result, public accountability for problems in health-care delivery.

“If you want to run health care effectively, stay in your lane,” he said.

The premier’s pitch to reopen negotiations could be buoyed by the Liberals’ minority position, with the Bloc Québécois pushing for more funding and control for Quebec, and the NDP campaigning almost daily on health-care policy.

To wit, Pallister said he urged Trudeau to undo “onerous, time-consuming and expensive” infrastructure-assessment regulations that came in under Bill C-69, which beefed up environmental and Indigenous-consultation requirements on pipelines and other large projects.

While Bill C-69 hardly registered on the federal campaign trail, it ignited a firestorm of protests and yellow-vest motorcades across Alberta and Saskatchewan; voters in both provinces wiped the Liberals off their electoral maps last month.

The premier has repeatedly said that those regulations will gum up the review of the Interlake flood-channel outlets, though Ottawa is assessing that billion-dollar project under the previous regime.

Pallister also said a push from the Alberta and Saskatchewan premiers to change equalization payments “is entirely due to the lack of progress on building the Trans Mountain pipeline.”

Getting that project underway would help assuage the anger in those provinces, he said.

Amid Winnipeg’s violent-crime wave, the premier said he’d be open to allowing cities to ban handguns, an idea that has caught on in Ontario and Quebec.

He also said it was “eminently logical” that the Winnipeg Police Service — which said last month that a handgun ban would be ineffective — announced Friday it will divert resources from traffic stops and cold cases to address the surge in violence.

With Trudeau, Pallister reiterated issues he’s been advocating on the federal scene, including a need to fight Quebec’s discriminatory secularism law and lifting interprovincial trade barriers.

He warned that “disrespecting premiers” such as Ontario’s Doug Ford “is not a way to build unity,” while the Quebec law banning public-service workers from wearing religious symbols and attire should be addressed without being “unnecessarily provocative” to that province.

The premier has, in the past, clashed with Trudeau on everything from cannabis legalization to infrastructure cost-share agreements, and accused the Liberals earlier this year of an orchestrated attack over untapped funding allocations.

He struck a conciliatory tone Friday, which he argued was different from Trudeau’s election rhetoric targeted at conservative premiers.

“I came in peace; I’m a friendly Manitoban who came to help in any way I can to restore a sense of faith in the country, in all regions of the country,” he said after the meeting.

“We — I think, for the most part — have (disagreed) respectfully. I would say that that’s going to be the ongoing challenge (for Trudeau).”

Just before he and Pallister went into their private meeting, Trudeau told the premier he hoped the two leaders could work together on a number of fronts.

”Obviously there’s a need to continue to invest, to grow opportunities for Manitobans… through infrastructure including climate change mitigation and adaptation infrastructure,” Trudeau said during a photo op.

Pallister downplayed a suggestion that he is planning to re-enter federal politics, despite an Ottawa visit that included numerous television interviews and authoring an op-ed published Thursday in The Globe and Mail.

“Nobody’s putting my name forward,” said the premier, who was an MP from 2000 to 2008. Instead, his only sales pitch is “campaigning to unite conservatives.”

He said the future of federal Conservative Leader Andrew Scheer should be up to party members to decide at an April convention, and that he wouldn’t voice a preference before then.

— with file from The Canadian Press 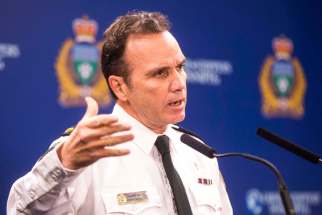 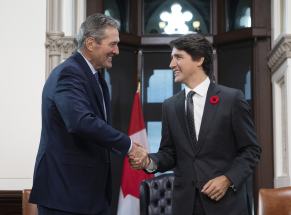 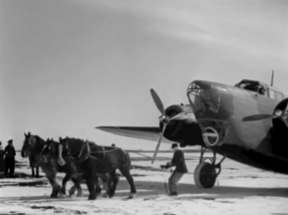 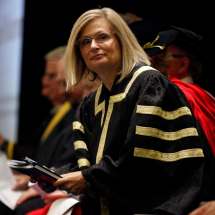 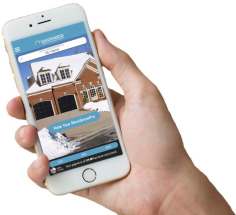 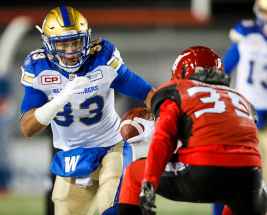 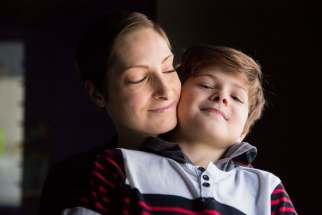 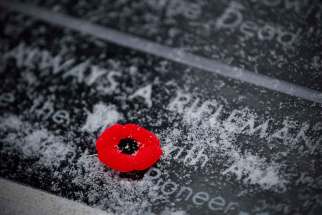 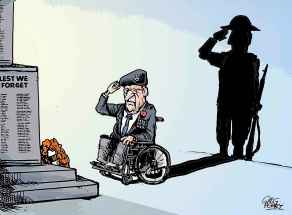