Amid a mound of unresolved grievances and mounting concerns about unsafe and inappropriate working conditions, the Manitoba Nurses Union is mulling the rare move to discourage members from taking jobs at the province's largest hospital.

Amid a mound of unresolved grievances and mounting concerns about unsafe and inappropriate working conditions, the Manitoba Nurses Union is mulling the rare move to discourage members from taking jobs at the province’s largest hospital.

In December, sources told the Free Press about a possible grey-listing to happen at Health Sciences Centre. The paper approached the nurses’ union, who confirmed the news on Dec. 31.

What is grey listing?

“Grey listing” is a practice where union representatives advise members or prospective members against taking jobs at a health-care facility due to poor or inappropriate workplace conditions. The union’s board of directors need to vote on whether to grey list an employer.

“Grey listing” is a practice where union representatives advise members or prospective members against taking jobs at a health-care facility due to poor or inappropriate workplace conditions. The union’s board of directors need to vote on whether to grey list an employer.

The process is relatively rare and it appears the Manitoba Nurses Union has only employed it five times within its 45-year history, according to Free Press archives. The most recent instances reported were at Dauphin Regional Health Centre (2007), Winnipeg’s Concordia Hospital (2001), and Betel Home, a personal care home in Selkirk (2004).

A grey list has never occurred at Winnipeg’s Health Sciences Centre, the province’s flagship hospital, which employs about 3,000 MNU members.

Grey listing does not mean current nurses will stop working, only that new nurses would be advised against taking jobs at HSC until conditions improve.

In an interview, MNU president Darlene Jackson underlined the action — called "grey listing" — is being considered for Winnipeg’s Health Sciences Centre, but hasn’t been taken yet.

"This certainly is an example where nurses have tried very hard to work collaboratively with the employer. Their concerns have fallen on deaf ears," she said.

The MNU board of directors could vote to grey list an employer who undermines members’ rights, impacts members’ ability to meet professional standards or impacts the ability of members to provide safe nursing care.

It would mean nurses are advised against taking new jobs at the downtown hospital, but the roughly 3,000 MNU members already working at the facility would continue doing so.

MNU is working with HSC and the provincial government to try and come up with short- and long-term solutions, Jackson said, but the union has advised both parties about the possibility of grey listing.

"It certainly is not done lightly. It is never done lightly, because it is not an action that’s taken often," she said of the practice, which MNU appears to have done only three times since 2001, and never before at HSC.

What are the nurses’ requests?

More beds: “We need beds that are open and are available and are staffed to take the pressure off the ER.”

Jackson said the majority of HSC grievances have to do with group concerns; many are payroll issues or "lack of respectful relationship" between nurses and the employer. Issues such as mandated overtime and staff vacancy rates are top of mind.

"HSC is also in an area of the city where there are many, many individuals who are marginalized, who do not have access to transportation to get out to the Victoria hospital or to the Concordia or Seven Oaks to an urgent care centre," Jackson said.

"So despite the fact that they may recognize that they should be at an urgent care, once Misericordia urgent care was closed down, that really limited the avenues of care for many individuals who lived in the HSC area.”

Manitoba Health Minister Cameron Friesen has previously said a normal staff vacancy rate would be around eight per cent.

Shared Health, which oversees HSC, could not accommodate an interview request earlier in the week due to staff being on holidays, but committed to making hospital leadership available for a conversation Friday.

Ideas include a "nursing stabilization workgroup" tasked with projecting where resources will be needed on each unit up to one year in advance. Enhanced security features, such as locked access to all inpatient units and restricted visiting hours, have also been implemented since 2018.

Warren said there are ongoing recruitment drives for more critical care and emergency nurses, as well as expansion of nurse relief and float pools.

"Ensuring that nurses are able to raise concerns and submit their ideas for improvement is important to both the leadership of HSC and Shared Health," she said by email.

"We are committed to regular meetings, unit visits and discussions with nurses from various practice settings and their union in the year ahead."

Jackson said she also met with the health minister once last year to share concerns.

Friesen wasn’t available for an interview Thursday, but sent an emailed statement pointing to new initiatives at HSC and government’s efforts to stabilize the health-care system more broadly.

"As minister, I have also asked MNU leadership to meet with me on a regular basis to ensure we are working together productively so we can continue to build a system that provides better health care sooner for all Manitobans,” Friesen said.

Jackson said nurses are becoming increasingly vocal because they take their duty to care for patients seriously — regardless of being told by higher-ups not to talk publicly about hospital matters.

"Our job professionally is to advocate for our patients, to ensure our patients are getting safe quality patient care, to ensure that we’re able to meet our standards of practice,” she said.

“And when we’re not, it’s our responsibility to speak out.” 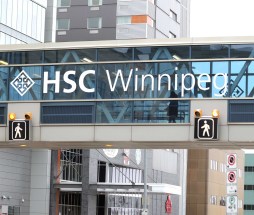 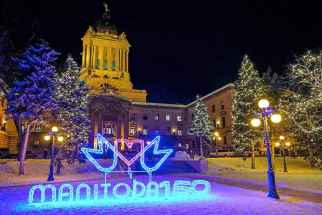 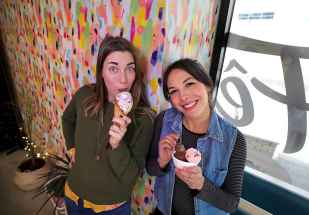 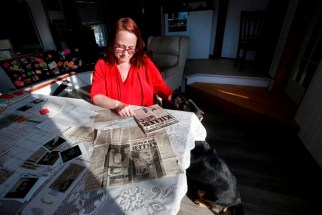 In conversation with the curator of the new Manitoba Museum exhibit 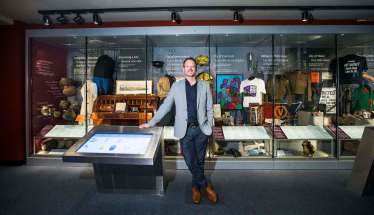 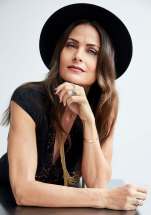 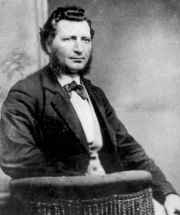