Ironically, Adrian Steckeweh and Masato Ashida are a little chilly.

Ironically, Adrian Steckeweh and Masato Ashida are a little chilly.

The Tokyo-based architects were walking around The Forks on Friday morning, standing in front of Forest Village, their firm’s winning entry into the site’s annual warming hut competition.

“It’s very nice here, but it’s also very cold,” said Steckeweh, wearing a metallic-looking parka to ward off the -6 C (-10 C with wind-chill) weather. The duo arrived in Winnipeg earlier in the week to build their huts, an assemblage of woven basket-like structures inspired by a Japanese storage system for daikon radish.

Forest Village is one of five huts chosen this year out of 200 entries from around the world. Other winners include a structure composed entirely of shovels (designed by a Calgary collective), and a group of beast-like huts its designer calls the Droombok.

Local indie band Royal Canoe was also enlisted to develop a concept for a warming hut, but theirs likely won’t provide much warmth: it’s a stage, crafted entirely from blocks of ice drawn from Fort Whyte, that will be the site of a concert Jan. 31.

This year, unlike years past, the warming huts won’t be placed on the river, as the skating trail will not open this season due to unfavourable ice conditions.

Paul Jordan, The Forks Renewal Corporation chief executive officer, said that might not be such a bad thing: now, every hut is easily accessible and clustered around the historical site’s central skating rink. One, designed by University of Manitoba architecture students, is actually located inside; other huts from previous years will be scattered nearby as well.

The competition has been going on for nearly a decade. 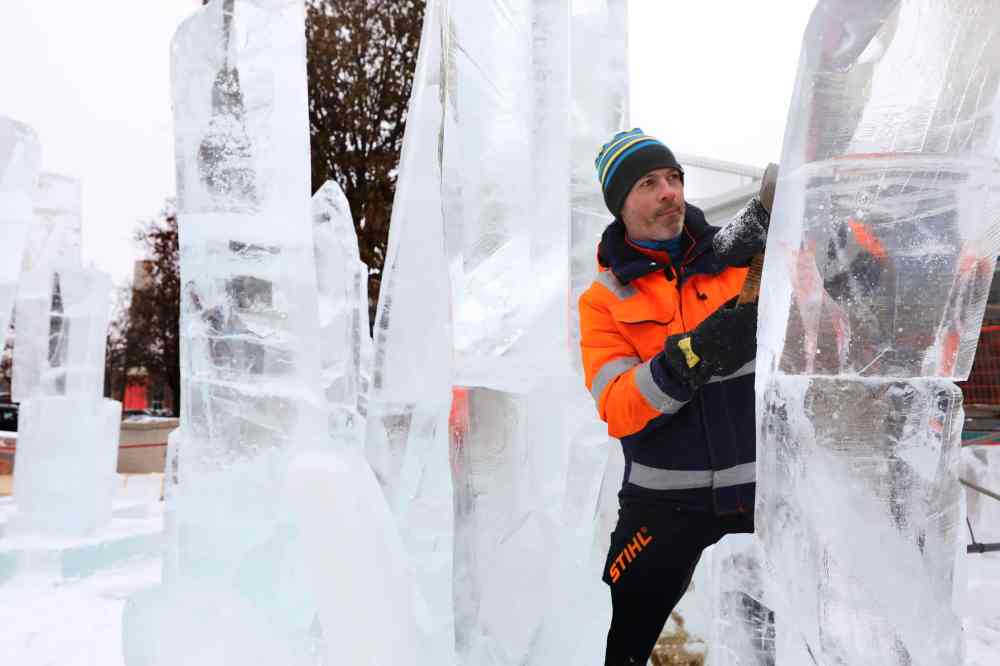 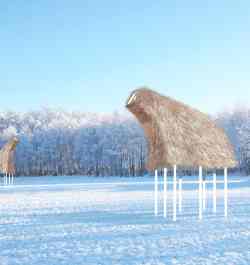 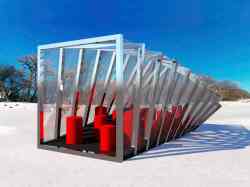 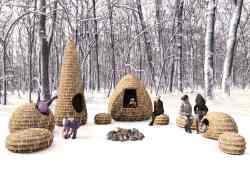 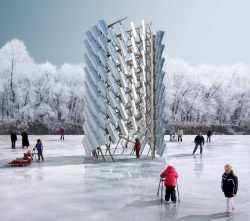 Noel Picaper, the Strasbourg, France, native who designed the Droombok, was also getting acclimated to the (fairly mild) weather. His design’s name is drawn from the same etymology as rhebok and springbok antelopes, and roughly means “dream goat.”

For the trip to Winnipeg, he bought a new winter coat. By the looks of his shivers Friday, he could use another layer.

Nearby, standing amid 20 tonnes of ice, Norwegian architect Luca Roncoroni looked unfazed by the cold.

Roncoroni is one of the world’s most renowned ice sculptors, and serves as the creative director of the Swedish Ice Hotel. He’s designed ice creations in Norway, France, and Finland, and has been to Winnipeg eight times before to participate in the warming hut contest. In other words, he knew what he was getting himself into.

Using a Chinese-made ice chisel, Roncoroni — who’s collaborating on Royal Canoe’s ice stage concept with local outfit Sputnik Architecture — was busy chipping away. He and a crew of 12 had been working on the project since Tuesday, and it will take a full week more for the stage to be done.

In total, 25 tonnes of ice will be used, Roncoroni said. Nearby, Bobcat loaders carried 500-kilogram blocks of ice, placing them gently on two-by-fours.

In the past, Roncoroni used Red River ice, which he said is a bit clearer and has a turquoise hue. This year, the lack of normal freeze meant his crew had to excavate ice elsewhere. The Fort Whyte ice is cloudier, but just as forgiving, he said.

Standing in front of their creation, Ashida and Steckeweh snapped pictures while explaining to reporters their inspiration. A little boy walked into one of the Forest Village huts, and Steckeweh stopped, mid-sentence.

“Can you please capture this?” he said to Ashida, who promptly pointed his lens. 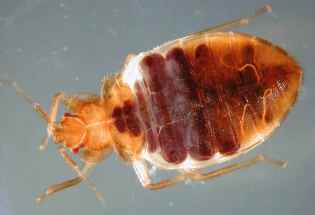 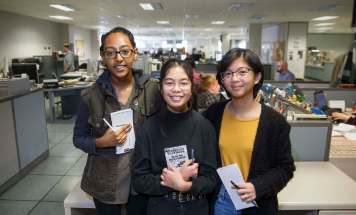 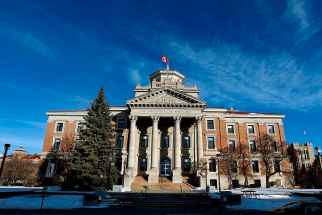 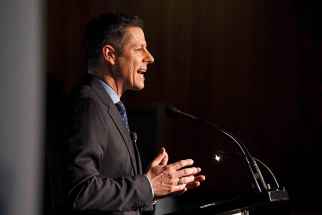 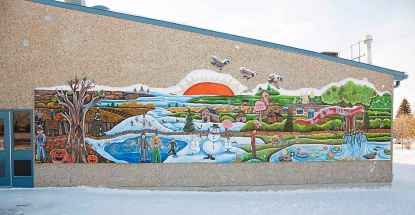 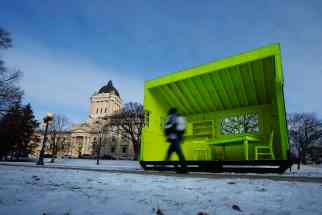 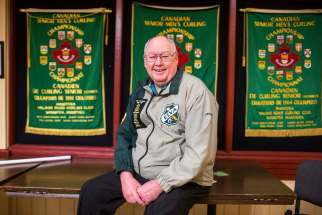 Wall crawl A rock of the roaring game