Grab some popcorn, folks, we've officially entered the NHL's silly season — at least the winter version of it. Aside from July 1 free agency, the league is never more interesting than the build-up to the annual trade deadline.

Grab some popcorn, folks, we’ve officially entered the NHL’s silly season — at least the winter version of it. Aside from July 1 free agency, the league is never more interesting than the build-up to the annual trade deadline.

The rumour mill is cranked to maximum. The press box seating chart is filled with scouts from rival teams, and the buyers and sellers are mostly defined, with a handful of teams caught in the middle and seemingly going on a game-by-game basis.

Those of us on the beat hear a lot of chatter, the vast majority of it speculative in nature and unlikely to come to fruition before the Feb. 24 deadline. Heck, a year ago there was major buzz that Winnipeg and Ottawa were closing in on a deal for Mark Stone, fuelled largely by Senators GM Pierre Dorion making numerous trips to Bell MTS Place, only for the Vegas Golden Knights to swoop in and bring the elite forward to Sin City.

Normally, I’m loathe to play the role of gossip monger, as one of the foundations of journalism is to first attempt to separate fact from fiction, but a specific morsel making the rounds this week, one told to me by a well-connected source who swears “it has legs,” got me thinking of a big-picture type question.

Is there such a thing as an untouchable on the Jets? And, if so, who?

I ask this, because the particular nugget involves Kyle Connor of all players. Yes, that would be the same Kyle Connor who currently leads the Jets with 25 goals and is well on his way, in his third NHL season, to eclipsing his previous season totals of 31 and 34 goals. He’s 23, seemingly getting better every year, and is in the first year of a seven-year, US$50-million deal signed last fall that seems perfectly reasonable by today’s standards.

Like me, you may be asking why in the world Winnipeg would consider moving him?

For the record, I don’t believe they will, nor are they actively shopping Connor around. Nothing at this stage has gone beyond the usual conversations that happen frequently between team executives but which we rarely hear about, save for a leak.

However, as the source told me, he’s the type of player teams often call about, especially with the Jets in the market for a top-tier defenceman. You have to move talent to get talent, and filling a weakness by dealing from a position of strength — in this case, skilled young wingers is where the Jets are deepest — isn’t as crazy as it sounds.

And that’s where someone like Connor might come in. Would you move a player of his ilk if it would land you a potential franchise blue-liner such as 18-year-old Bowen Byram? He’s the main name being linked to Connor, by the way, along with a couple other small pieces. Byram, selected fourth-overall by the Colorado Avalanche in last summer’s NHL draft, is currently playing with the Vancouver Giants of the Western Hockey League.

As the thinking goes, the Avalanche already have a potential franchise blue-liner in rookie Cale Makar, and their window to win is wide open right now. Trading a highly coveted asset for a major piece to help in the present might make some sense.

But if you’re the Jets, pulling the trigger — to a division rival, no less — would be waving the white flag on the current season. I can’t see them doing that. This group has continued to scratch and claw to stay in the playoff race, and they’re currently just one point out of a Western Conference wild-card spot with 27 games left.

With the next six straight at Bell MTS Place, and the next nine against teams not currently in a playoff spot, there is a major opportunity staring them in the face. The Jets wont play another team currently above the playoff line until Feb. 25 in Washington — one day after the trade deadline.

Over the next two weeks, Cheveldayoff should get a clearer picture of where things stand; still, I expect any immediate moves will be of the non-blockbuster variety, designed to reward the current crop of players for their efforts and give them a bit of help without mortgaging the future or subtracting anything substantial off the current roster.

Fast forward to this summer, and that’s where the major tinkering will likely occur. Defencemen Dustin Byfuglien (US$7.6 million) and Dmitry Kulikov (US$4.33 million) will be off the books, and only forwards Jack Roslovic, Mason Appleton and Jansen Harkins and blue-liner Sami Niku are restricted free agents who need new deals. Those four, who are currently making about US$3 million combined, won’t command major raises.

That means Cheveldayoff will have plenty of salary cap space to play with in free agency and/or via trade if he wants to try to quickly get the Jets back to legitimate Stanley Cup contender status. There’s no rebuild coming; more like a reload.

The way I see it, there are only three players that should elicit an immediate hang-up from Cheveldayoff, not to mention a few choice words, should other GMs come calling. Plus one wild card that should have alarm bells ringing.

First would be No. 1 netminder Connor Hellebuyck, who is having a Vezina Trophy-type season this year and is the main (some would say only) reason the Jets are still in contention. You can’t win in this league without elite goaltending. With four more years at US$6.166 million per season, Hellebuyck is going nowhere.

Next is No. 1 centre Mark Scheifele, mainly because of an extremely team-friendly contract that pays him US$6.125 million for the next four years. That’s a steal for a point-per-game player. Sure he has his flaws, but there’s no denying Scheifele’s value to the franchise. Under no circumstances would you move him.

Then comes No. 1 defenceman Josh Morrissey, who will begin the first of his eight-year deal next season that pays him US$6.25 million per season. Given all the changes to the blue line, his play and leadership are what you build around.

The wild card is Patrik Laine. He would potentially bring you the biggest haul, but this is one of those “proceed with extreme caution” situations. I’m not sure you’d ever get full value for a truly unique player whose goal totals are down, but whose overall game has never been better. I’d have him closer to the untouchable category, unless you truly believe getting him signed to a long-term extension is going to be an issue down the road.

After that, I’d be all ears if I was Cheveldayoff, and yes, that would include the likes of Connor or fellow flashy winger Nikolaj Ehlers, if the price was right. Not to mention every veteran, young player and prospect. Throw up the “open for business” sign, roll up the sleeves and get to work.

There’s no question we have an interesting few weeks, and months, on the horizon as it pertains to the Jets.

You might want to stock up on the popcorn. 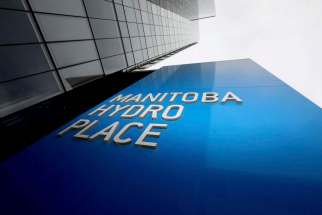 The high cost of in-flight turmoil 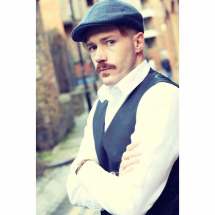 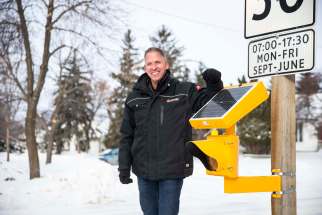 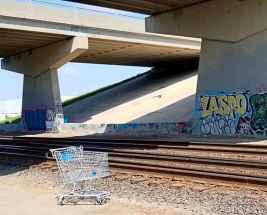 Schools diving into gaming as a source of education, not diversion 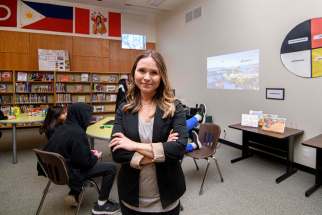 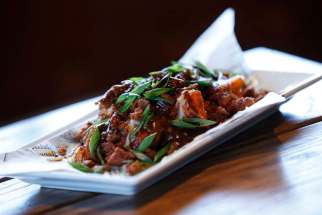 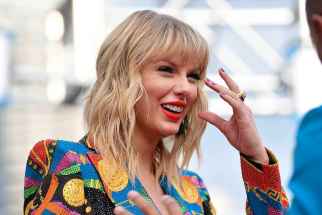 Could Connor be a goner? 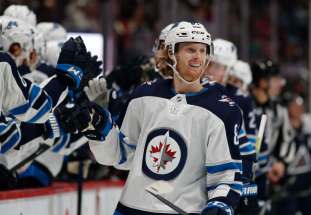 Winning a few free-agent battles is key for Bombers 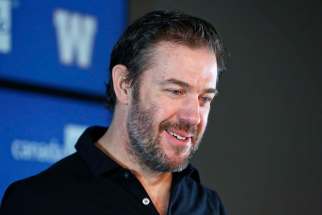 Sinclair’s achievement is second to none 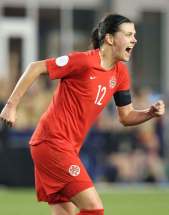