His name formed an unmistakable umbrella over his company’s international corporate operations, and his looming visage — plastered on billboards across Winnipeg, and mounted in gigantic photographs at most of his stores worldwide — has long enforced the notion that he is the company and, in turn, the company is him.

For 50 years, that strategy paid off, as Nygard’s own personal success was synonymous with that of his company. But the inverse is true, experts say: when a company’s central figurehead falters, so too can the company.

Nygard — who is currently facing dozens of allegations of sexual assault, rape, and sex trafficking, with some allegations dating back to the 1980s and others made by women who were underage at the time of the incidents — announced Tuesday he would step down from the company, with plans to divest from the business entirely.

Mogul's key to the city could be rescinded

But even without his presence or authority, can Nygard the company fully extricate itself from Nygard the accused criminal?

“I don’t think so,” said Deirdre Campbell, the managing director of the Canadian offices of public relations firm Beattie Tartan, a company which specializes in crisis PR. “In the past, (Nygard clothing) had a reputation for quality, but being associated with a figurehead like that is completely devastating.”

Campbell said the situation will be even more difficult to navigate given the company’s sole target demographic. Nygard’s clothing lines, including TanJay and Alia, are directly marketed to female consumers, and no matter whether allegations against the billionaire result in criminal charges, Campbell said customers might abandon the brand.

“(The allegations) are heartbreaking to hear,” she said, especially given the alleged suffering of women affected. “It’s going to be very hard for his key target audience to put their dollars out to wear that brand.”

Fang Wan, a marketing professor at the University of Manitoba’s Asper School of Business, focuses largely on brand research and brand management for leaders and entrepreneurs.

“In the past, (Nygard clothing) had a reputation for quality, but being associated with a figurehead like that is completely devastating.” – Deirdre Campbell

She said that while Nygard used his persona, and even his appearance, to expand his company’s reach, there are potential drawbacks that come with that type of business model.

“Using a founder so prominently is a huge risk in a very rational and analytical way,” she said. If there is no distance between the person in charge and the company at large, their fortunes become entirely intertwined.

Nygard is far from the first corporate figurehead to be removed or to abdicate their position themselves due to controversy or the perception their presence will hurt the company, Wan said.

Last November, McDonalds CEO Steve Easterbrook was fired for having a consensual sexual relationship with an employee. In 2018, bookseller Barnes & Noble CEO Demos Parneros was fired in part for allegedly sexually harassing a female employee. Former Uber CEO Travis Kalanick famously resigned in 2017 due to pressure from shareholders in the ride-hailing company calling for his removal.

The difference for those companies, unlike Nygard, is that they weren’t called Easterbrooks, Parneros, or Kalanick, and the reach of their corporate name far exceeded the names of their executives.

Plus, in Nygard’s case, the allegations date back decades: in 1980, Nygard was charged with rape after an 18-year-old woman told police she’d been assaulted by him; Nygard was released on bail and the charges were later stayed. In 1996, Nygard International paid out large cash settlements — without admitting wrongdoing — to three ex-employees who’d filed sexual harassment complaints with the Manitoba Human Rights Commission.

The most recent set of allegations include accusations of rape and sexual abuse of women, some underage, at Nygard’s Bahamian estate.

“Using a founder so prominently is a huge risk in a very rational and analytical way.” – Fang Wan

In other words, there is no simple pivot to be made. “In this case, the crisis is much more severe,” Wan said.

As of Wednesday, Nygard, through a spokesperson and lawyers, has maintained his innocence, but will nonetheless step down as the company’s chair.

That’s a first step, Wan said, but there’s more to be done if the corporate image is ever to recover. This starts with communication.

“A lot of people are in shock, and want clarity and explanations,” she said. “They owe the public these explanations as well.” Often, this is done with a message on the website or a public apology.

“There’s nothing on the website. They aren’t even acknowledging this,” she added. “Not doing anything is not a good strategy.”

Before the latest crisis, the company had already started scaling back advertisements.

Pattison Outdoor advertising said while Nygard has been a client in the past, the company doesn’t currently have an active contract. “Nor have they had any advertisements on our products for almost eight months,” said Pattison sales director Joanne Fershau.

“I think out of respect for the women affected, (the company should) absolutely remove his name and his image, because the credibility has been lost.” – Deirdre Campbell

Asked whether she thought the company should drop its eponym, Campbell, the PR specialist, said it should.

“I think out of respect for the women affected, (the company should) absolutely remove his name and his image, because the credibility has been lost,” she said.

Asked in person at the Inkster office whether that was in the plans, David Paton, the company’s vice president, declined to respond. 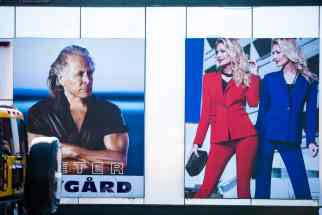 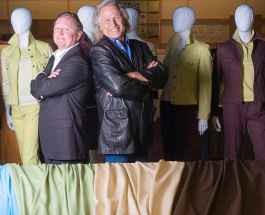 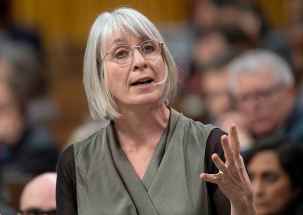 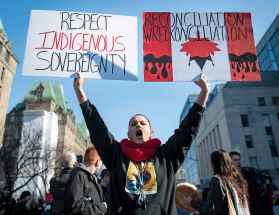 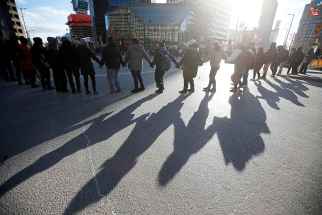 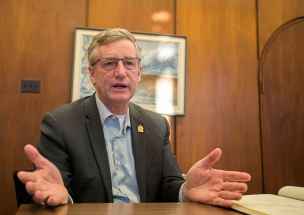 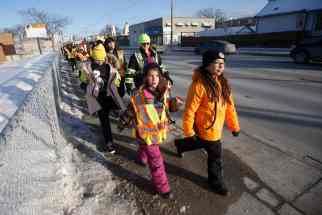 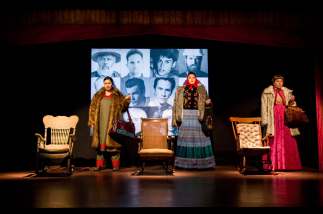 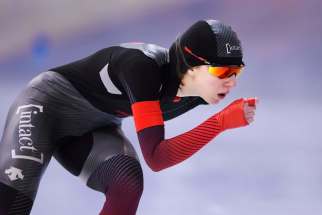 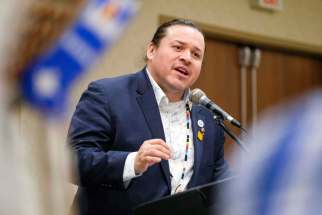