Victoria Reane Thiessen called 911 on March 24 to report that her two-year-old stepson had been injured. She told investigators the child had fallen and gotten hurt, or maybe had been struck by an older sibling.

Victoria Reane Thiessen called 911 on March 24 to report that her two-year-old stepson had been injured. She told investigators the child had fallen and gotten hurt, or maybe had been struck by an older sibling.

Brett White died two days later from a brain injury sustained during an assault. Thiessen, 20, has been charged with manslaughter.

“He was happy, smart, smiley, cuddly. He had a really good sense of humour. He was a wonderful kid to be around and everybody absolutely adored him… My heart is broken,” said Allison White, Brett’s grandmother.

Allison said shortly before noon on March 24 she got a call from Thiessen — her son Cody White’s wife — while at work. Thiessen said Brett was injured and asked her to come to their home as soon as possible.

Allison said she would and left work immediately.

By the time Allison arrived at the home on the 100 block of Snowdon Avenue, the Winnipeg Fire Paramedic Service was on scene. Soon after, her son Cody arrived in a cab after leaving work early.

Thiessen had been at home all day with her and Cody’s blended family, which included four children.

“Cody went in the ambulance with Brett, my mom took (Thiessen) to the hospital, and I watched the girls while all this was going on.”

“The examination concluded that neither (of her) explanations would have accounted for the seriousness of the injury or the mechanism of the injury and, as such, they were discounted,” Carver said Monday.

In addition to a traumatic brain injury, Brett had injuries on other parts of his body, police said. While the nature of the assault was not made public, Carver said no weapon was used.

On March 26, the decision was made to take Brett off life support. He died, age two.

“He was such a happy boy, and sweet, and it was just really hard not to love him. I’m still reeling, and all of this feels very unreal right now,” Allison said.

“The forensic and pathological evidence that is obtained in that, it takes a while to put it together. Once those results are in, investigators have to process that and then move forward with a conclusion where we would bring in the suspect and look at interviewing and laying charges,” Carver said.

Police arrested Thiessen Friday and charged her with manslaughter. She has been detained in custody.

Allison said she doesn’t know exactly how her grandson was assaulted, but given the extent of his injuries, it must have been “fairly violent.”

She said her son is despondent over the loss of his child. He continues to take care of the other three children and has not returned to work, she said.

“His whole world has come down around him. The woman he loved and the little boy he raised on his own since he was six months old and did everything for,” Allison said.

The family has set up a GoFundMe account seeking to raise $10,000, and more than $6,500 had been raised by publication time Monday. The money will go towards a funeral and a celebration of life. If there are any funds left over, Allison said they will donate them to a charity that works to combat child abuse.

“It’s just disbelief, disbelief. I know she was under a lot of stress having all those kids and being her age. I’m sure it was a lot to deal with, but I can’t fathom what made her break like that,” Allison said.

“He was a beautiful boy. It’s not just that I lost someone, but everybody who knew him did.” 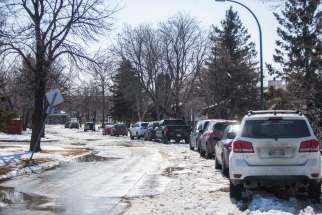