And at a press conference earlier in the day, the premier wouldn’t rule out public-sector job reductions linked to the pandemic.

Roussin offered a glimmer of hope to house-bound Manitobans, saying they may be “weeks away” from seeing some physical-distancing measures eased. But first, tougher rules may be necessary, he warned.

“We’re still early in this outbreak,” he said after renewing the 14-day Public Health Act order for non-essential businesses to close. The order, which had been set to expire Tuesday, was extended until April 28.

“Likely sometime this week we will be enhancing the public health orders to get that message across,” said Roussin, who wouldn’t offer any specifics. The short-term pain will be worth the long-term gain, he said.

“If we can double our efforts we may be weeks away from being able to scale back some of these restrictions.”

On Monday, Manitoba announced just four new cases of the coronavirus, bringing the total to 246. No new cases were reported Sunday; the average for the past week has been six cases.

Roussin said he doesn’t expect the current degree of physical distancing will carry on into the summer.

“We’re going to have some restrictions on group sizes and changes in how we live day to day,” he said, but he expects there will be a “gradual rollback” of the measures.

A couple of hours earlier, Premier Brian Pallister also hinted there could be some short-term pain, at the very least, for the public service, as the government marshals its resources to battle the pandemic.

Asked if he foresees a reduced civil service in the near future due to the financial pressures the province is facing, Pallister acknowledged such discussions have taken place within government.

“I’ll have more to say on this tomorrow,” he said. “There has been some preliminary exchange of views on that issue.”

The private sector has been bearing the brunt of the job losses so far, the premier noted, referring to a recent report that showed the province had lost 25,300 jobs in March.

Pallister said the province doesn’t have a money tree, and “we’ll be looking for partnership and support from all. Some are directly impacted; others may be indirectly impacted.”

Michelle Gawronsky, president of the Manitoba Government and General Employees Union, said the province has not given the MGEU any indication it is considering layoffs.

“During these unprecedented times, the critical importance of our public services is more clear than ever,” she said in a statement to the Free Press.

“Instead of throwing more Manitobans onto (Employment Insurance), our government should focus on a program to top up EI for all Manitobans who have been laid off or had their hours reduced.”

Winnipeg Mayor Brian Bowman said although the city hadn’t laid off any civic employees during the pandemic, several dozen have been redeployed.

Meanwhile, Manitoba has obtained the Spartan Cube, a new COVID-19 rapid-testing system that was approved by Health Canada but needs to be validated by health officials here first, Roussin said.

“Even though it’s been approved, we still have to see how it performs,” he said.

The machine is expected to produce test results within an hour. When ready for use, it is expected to be used to test patients being admitted to hospital, for example, or in remote locations far from lab-testing facilities.

On Easter Sunday, just 32 tests were performed at the Cadham Provincial Laboratory. An estimated 17,245 tests have been conducted since early February.

The province is increasing its lab capacity so it will be able test more categories of people soon, Roussin said, adding he expects the expanded list will include “essential” service workers, such as grocery store clerks.

And he made reference to “sentinel surveillance testing,” in which everyone with respiratory symptoms at a certain location is tested for the virus.

“Those would be the next steps,” he said. 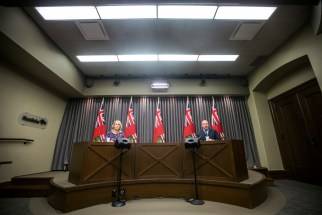 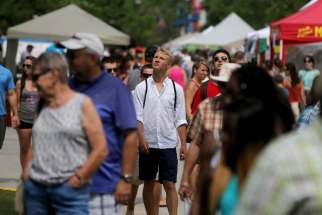 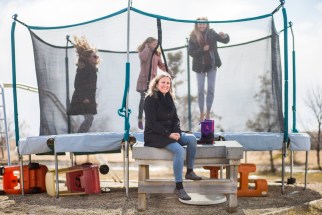 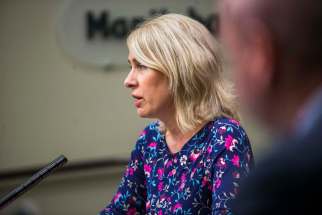 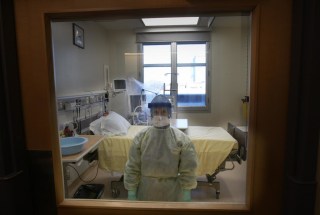 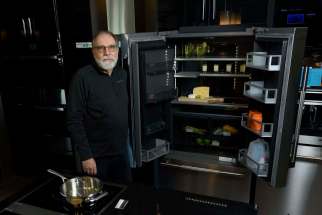 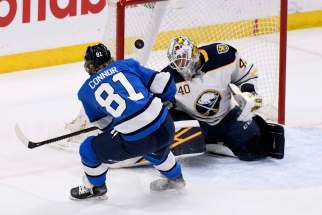 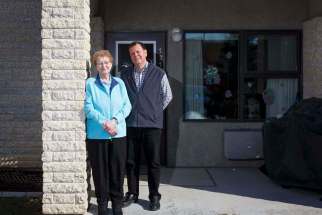 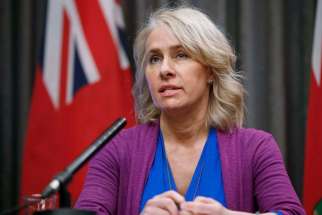