The Progressive Conservative government is boosting planned infrastructure spending in a bid to help "restart" Manitoba's economy in the wake of the COVID-19 pandemic.

The Progressive Conservative government is boosting planned infrastructure spending in a bid to help “restart” Manitoba’s economy in the wake of the COVID-19 pandemic.

On Thursday, Premier Brian Pallister said the province would shell out an additional $500 million — on top of already-announced infrastructure investments of $3 billion — over the next two years.

The Manitoba Restart Program will include water and sewage projects, road and highway resurfacing and repairs, bridge repairs, municipal infrastructure priorities and potential new cost-sharing construction projects with other levels of government, if agreements can be reached.

“Today’s announcement builds on our commitment to ensure critical funding to Manitoba municipalities as promised in Budget 2020 remains intact, despite unprecedented financial pressures on the provincial government and record borrowing levels,” Pallister said.

Specific projects will begin to be determined in the coming weeks, he said.

On Wednesday, Saskatchewan announced a $2-billion increase in infrastructure investment over two years to boost economic growth in the Prairie province. The Saskatchewan government said the investment was part of a two-year capital plan that would now reach $7.5 billion.

“It will help stimulate employment in our industry. It will, without question, stimulate the expenditure of money which means money circulating in the economy,” he said.

Lorenc said Ottawa must also step up to the table to “lead a full national economic reinvestment recovery strategy.”

Winnipeg Mayor Brian Bowman said he is awaiting details of the new program from the province.

However, if the government is looking for shovel-ready projects, it doesn’t have to look any further than the north end sewage treatment plant upgrades, he said.

“We’ve been waiting since last fall for the province to fully commit to supporting that project,” he said.

Meanwhile, the premier told a news conference Thursday he was “very excited” about a new multi-billion-dollar federal-provincial program that will top up payments for low-wage essential workers.

Last month, Ottawa announced a plan was in the works to boost the salaries of essential workers who make less than $2,500 a month.

On Thursday, Prime Minister Justin Trudeau said Ottawa had reached agreement with the provinces on a $4-billion deal, with the feds kicking in $3 billion. The provinces will decide who qualifies for the assistance, Trudeau said.

Asked how he envisages the program working in Manitoba, Pallister said the details would be worked out in the next few days, and he expected to have something to announce “early next week.” 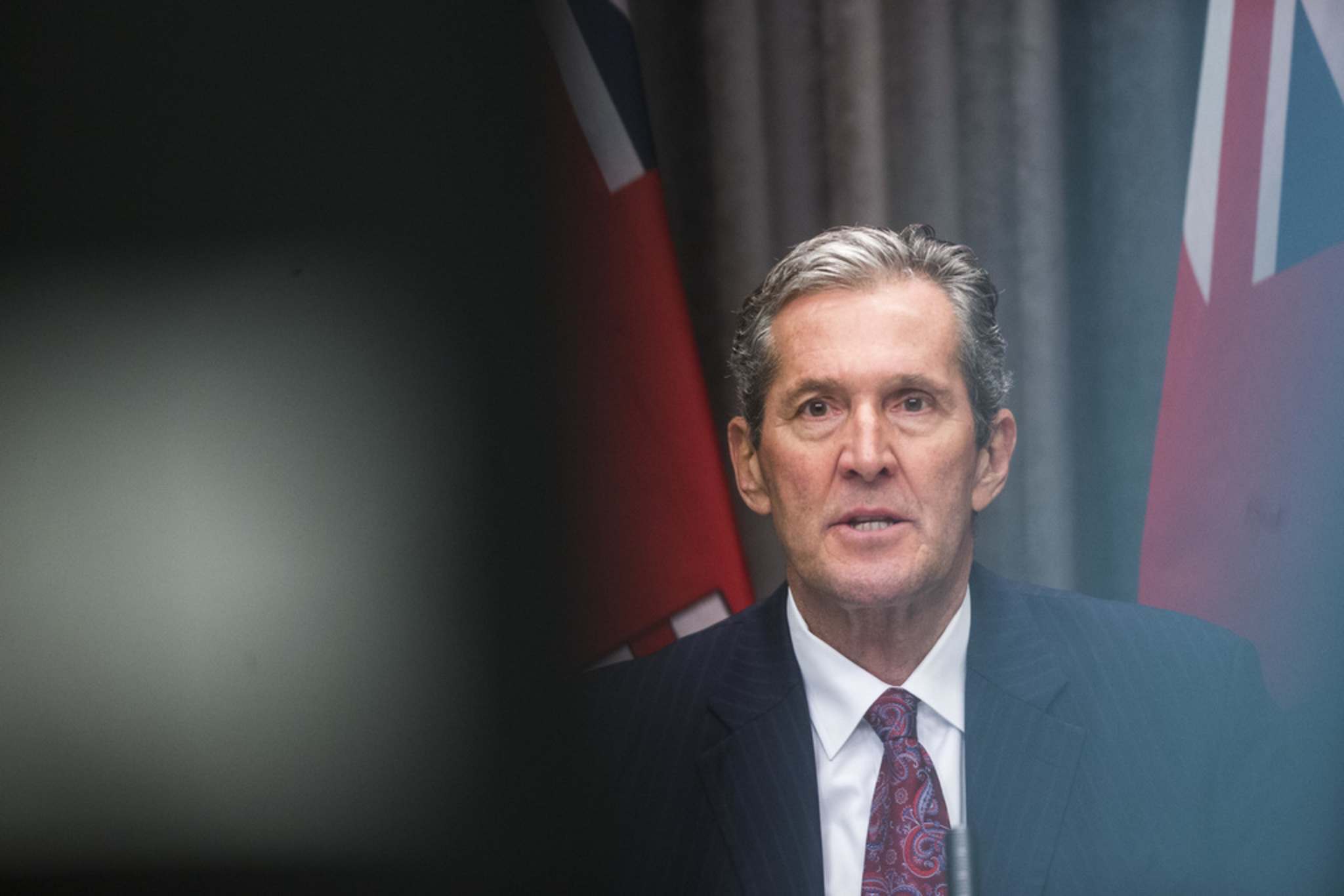