Down, but far from done Osborne Village is not the vibrant, thriving neighbourhood it has been before; it needs leadership and vision to make it that way again By: Melissa Martin Posted: 7:00 PM CDT Thursday, May. 28, 2020

On nights when I can't sleep, like the one before writing this column, I open the window above my bed and let Osborne Village be my storyteller. With my eyes closed, the sounds that rush up from the street below weave pictures in my mind of the lives moving through the city, whether two-legged or arboreal or furry.

On nights when I can’t sleep, like the one before writing this column, I open the window above my bed and let Osborne Village be my storyteller. With my eyes closed, the sounds that rush up from the street below weave pictures in my mind of the lives moving through the city, whether two-legged or arboreal or furry.

The wind coaxes a chorus of whispers from week-old leaves. On the stone steps of a nearby church, a man laughs thickly as he entertains either himself or a companion with a story, his words too mumbled to make out but his jovial tone unmistakeable; tangled up in this is the footfalls of someone just passing by.

And then, as if no time has passed at all, the next sound I hear is the purr of cars crawling down River or Osborne.

It’s louder now than it was at the start of the pandemic. In those early days, the morning rush passed in near silence, and when I was awake enough to look out the window, I was greeted with the eerie sight of few cars on the road and even fewer people, a city paused in its tracks and braced against an uncertain future.

Then, many of the sounds that came into my window were ones of anger, or pain. The people that lingered on the street in day or night then were mostly those that had nowhere to go, and no other home. I came to know them by voices alone, whether soft or shouted; some days, those were the only human voices I heard.

By the time the other stories started to come back to the street, the Village had taken a few more blows.

Bidding farewell: the Toad in the Hole a nostalgic affair

This is, in itself, a familiar story. Over the last few years, Osborne Village’s death has been many times pronounced, each time prompting a bristling discussion on social media, an autopsy of the neighbourhood’s woes. Usually, these eulogies are triggered by the loss of a beloved business; most recently, the tapas restaurant Segovia.

That closure follows a string of gut-punches to the Village’s main strip. The iconic Toad in the Hole pub moved down the street, fleeing high rents at its longtime home, a site of decades of dark pints and blurry nights and memories carved into wood and stone.

In the months prior, the area had lost record shop Into the Music; in the months after, just before the pandemic struck, clothing boutique Hush and Shout announced it was leaving the Village. In May, Snap Fitness closed, leaving the old Blockbuster space on the strip’s south end vacant once more.

(On an unrelated note, someone recently noted how remarkable it is that, despite the company going bankrupt a decade ago, former Blockbuster locations are still referred to as such; the brand’s unlovely facades made a deep imprint on our mental map of the retail environment.)

Even the demolition of the old Osborne Village Inn twisted a certain knife in many longtime residents’ guts, despite the fact its deteriorating bulk had sat vacant for years and was better off being razed. Its era ended when it closed; still, the bricks that collapsed into a gaping hole in the ground buried many memories with them.

There will likely be more storefront casualties in Osborne Village over the months to come; every week, there are rumours about shops that may not return. The pandemic may or may not be entirely to blame for losses past or those still to come, but it no doubt hastened them.

And there is a sadness in this, for residents and longtime visitors, who see in the string of empty storefronts and empty pedestrian streets their mental image of what the Village used to be, a bubbling hub for counterculture or simply for afternoons spent poking around colourful local boutiques.

It still holds vestiges of that right now, but there’s no doubt it’s not what it used to be. Cue the post-mortem.

This is not a new topic for me as a writer. I’ve lived in the Village for the vast majority of the last 20 years, and its rhythms slip into my columns often. I have no intention of ever leaving the Village which, to me, is home. I feel the ache in its bones almost as deep as my own; but also, the life still pulsing through its veins.

The whys of the Village’s recent decline are often subject to vigorous debate. Many, particularly those who live outside the neighbourhood, cite parking; I’ve never had much time for this complaint. As sure as the sun rising, people who live outside of dense urban neighbourhoods will be frustrated by parking inside them.

The whys of the Village’s recent decline are often subject to vigorous debate.

There is, as far as I know, very little evidence that parking is a large influence on the success or failure of thriving urban neighbourhoods. So it’s not a subject I’m inclined to spend much time with; it understandably annoys some visitors, but it’s not what’s truly ailing the Village, so let’s all just move on.

What did change? The mass condo conversions of the late 2000s pushed rents up. Many of the Village’s charming but fatigued houses were razed and replaced by expensive modern condos. That priced out a lot of the younger crowd, students and artists who can’t afford $1,200 or more monthly rent but animate a street’s cultural life.

Many of them ended up in West Broadway, and the effect there is visible: the Sherbrook Street strip is thriving.

At the same time, the Village was plagued by difficult commercial rents. When cultural changes — including the steady decline of live music, and the rise of online shopping — conspired to make some of its old highlights unviable, the Village needed visionary leadership to help it transform and adapt, but it didn’t get it.

Then there is the issue of safety. The Village has suffered the same rise in crime that has impacted nearly the whole city. In February 2016, the rolling 12-month property crime total in the River-Osborne and Roslyn areas stood at 419; by February 2020, that figure had risen to 1,074.

It should be noted that violent crime in those two areas has not followed the same skyrocketing trend. It has risen and fallen in alternating years, with the differences probably too small and variable to draw any sort of conclusion.

This has rattled many residents, myself included, as well as visitors. But this is a difficult issue to change, and in a way the matter of feeling safe in the Village is a question of the chicken or the egg; what makes people feel most unsafe is the absence of people.

Vibrant street life creates safety, simply from the presence of others. My whole life, I’d felt safe in the Village, because I’d always been surrounded by authentic street life. That changed only over the last few years, as the decline in foot traffic to the strip often meant that during late-night walks, I’d find myself alone on the street.

There is still a great deal of vigour in the Village, and beneath that, it still has all the key elements to sustain a vibrant urban neighbourhood.

Yet there are those, such as me, who do not agree that the patient is dead. There is still a great deal of vigour in the Village, and beneath that, it still has all the key elements to sustain a vibrant urban neighbourhood: Winnipeg’s densest population, a diverse housing base, a pedestrian-scale strip and close connections to key areas.

The fortunes of Winnipeg neighbourhoods rise and fall over long cycles. The Exchange District was once all but abandoned and West Broadway has undergone its transformations. For now, the Village may have lost the cultural cachet it once held, but the ingredients that made it special are still there. It will rise again.

To get there, it needs strong leadership that will work to find innovative uses for its spaces. Residents can organize better and build stronger connections with all of the area’s stakeholders: the churches, the seniors homes, the non-profits. Winnipeg needs a thriving Osborne Village; we need to advocate for what we want it to be.

For now, the Village isn’t dead, but it is resting. At night, it still tells me its stories, and we are nowhere near the end. 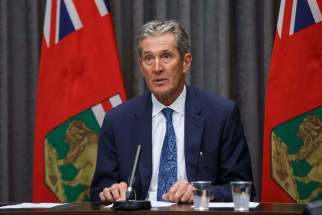 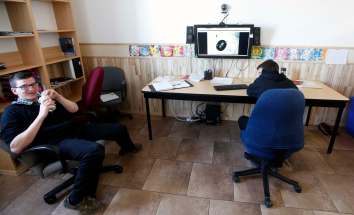 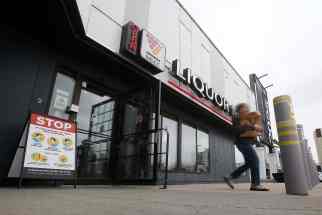 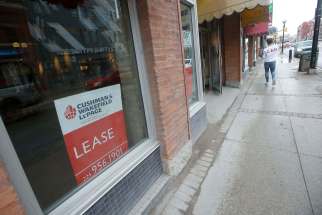 Ball’s still in the air for organized sport’s return 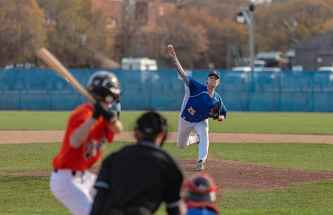 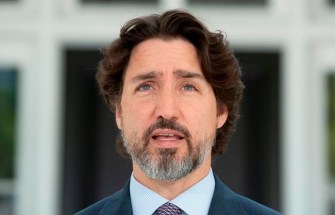