The Pallister government has slowed Manitoba’s freedom-of-information system to a crawl as departments fret over the political implications of giving data to the public that it is entitled to receive.

The Pallister government has slowed Manitoba’s freedom-of-information system to a crawl as departments fret over the political implications of giving data to the public that it is entitled to receive.

To make matters worse, only a skeleton crew handles records from the most important areas of government.

The conclusions are in a damning audit by the Manitoba ombudsman this month. It was done for the provincial NDP, who shared the results with the Free Press.

“The Pallister government has no respect for this, and treats it like a joke, like an inconvenience, rather than being a super-important part of our democracy.”

The provincial Freedom of Information and Protection of Privacy Act gives citizens, media, lobbyists and opposition politicians the right to access records about decisions and spending made by public bodies.

Departments, Crown corporations and school administrations are supposed to provide records within 30 calendar days, unless they can provide reasons to extend that deadline.

In mid-2018, the provincial NDP asked Manitoba’s ombudsman to look into multiple problems with 16 FIPPA requests, which were all handled by the office that processes requests for four crucial government departments.

In October 2018, the independent watchdog deemed there was enough of a problem to merit an audit into “reoccurring patterns of delay (…) which may be affecting the rights of other applicants.” The results were finally published this month.

The ombudsman examined the 120 requests received on behalf of four central departments from December 2017 to May 2018. It found those departments failed to meet the legislated deadline in 78 per cent of the files; half the audited files took longer than two months.

The reasons for those delays aren’t clear, because the audited FIPPA office doesn’t centrally track its work, such as whom they’ve asked for records, when, and the date of the response.

“There was not enough documentation about the processing of a request to identify where delays may be occurring in responding to requests,” reads the audit.

FIPPA staff members store data on shared network drives, individual email accounts and chart files on hard drives. Such an approach could be one source of delay.

Another possible cause: FIPPA staff wringing their hands over “issues management,” the bureaucratic term for trying to anticipate controversies and mitigate them. Those discussions, with panels of senior bureaucrats, aren’t being put into records.

“Public bodies advised that an issues-management meeting occurs regularly where FIPPA matters (for example, scope of the request and the search for records) are discussed with the panel. However, the decisions made during those meetings, and actions to be taken, are not documented,” reads the audit.

The FIPPA employees say they don’t have enough staff.

Requests to the four central departments — finance, the executive council, the Civil Service Commission and Crown services — are processed by two full-time staff, two student workers and one supervisor, who signs off on all files. That means five staff — two of whom are rotating student employees — handled 543 requests in 2017.

That compares to seven FIPPA staff who work for the health department and 13 for the families department — both of which had half the caseload of the four combined central departments that rely on a team of just five. (The justice department has 12 FIPPA staff but the 2017 caseload was not reported.)

The four central departments are the only ones to hide their phone number from the public, the ombudsman noted.

Staff in that section reported being overworked and having high turnover.

The ombudsman is asking the government to adequately staff the office, and proactively release documents to cut down on delays.

In its response, which was published in the report, the government pledges to review its processes, but makes no promise about more staff.

“It looks like the premier is purposely keeping this understaffed,” said Kinew. “It certainly makes our job much more difficult.”

A FIPPA request from a business is answered within an average of 46 days, compared with 81 days for political parties and 88 days for journalists.

“You’re talking about almost three months where Manitobans are being left in the dark,” said Kinew.

The ombudsman’s report does not specify whether there is evidence that media and opposition MLAs are being stonewalled, or if their requests tend to take longer than those submitted by businesses.

However, the audit did note that FIPPA staff inform departments of the type of applicant, which the ombudsman advised not disclosing because that can help departmental staff deduce who has made the request.

In its official responses to the ombudsman’s recommendations, the province said it is “assessing the current processes associated with FIPPA requests towards implementing improvements to comply with legislated time limits.”

That includes a review of “process and legislation” to deal with a growing complexity and number of requests, and “electronic case-management tools.”

When asked to “not reveal the type of applicant” making a request to a department, the province only replied it “will exercise discretion, to ensure the applicant can’t be identified.”

The province touted its new “Open Government” portal, which it intends to use to divulge information that’s frequently requested under FIPPA.

The ombudsman will audit the four same FIPPA offices in the 2021-22 fiscal year to see if anything has changed.

Portage, Main underground not up to code on barrier-free access: report 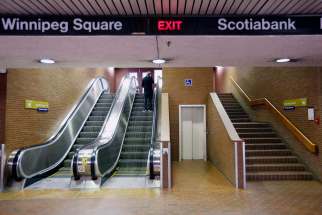 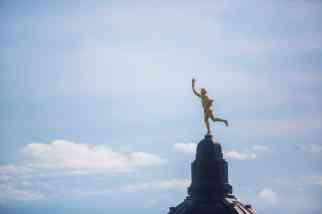 Paint by numbers: councillors push for enhancements to lane-marking process 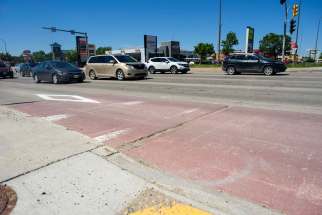 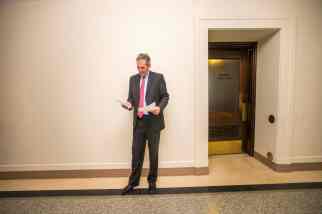 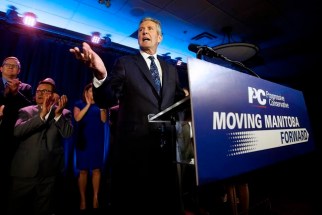 ‘We’re just all thankful to have some baseball’ 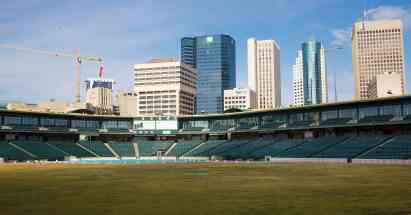 Extradition case not just a matter of opinion 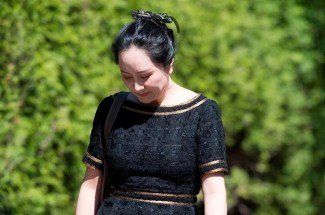 Portage, Main underground not up to code on barrier-free access: report Paint by numbers: councillors push for enhancements to lane-marking process