Wade Miller admits it was a tough pill to swallow. After all, Friday should have been the home opener for the Winnipeg Blue Bombers, a picture-perfect summer evening that would have included celebrating their Grey Cup championship in front of an expected full house at IG Field. The stuff sporting dreams are made of.

Wade Miller admits it was a tough pill to swallow. After all, Friday should have been the home opener for the Winnipeg Blue Bombers, a picture-perfect summer evening that would have included celebrating their Grey Cup championship in front of an expected full house at IG Field. The stuff sporting dreams are made of.

Instead, with the COVID-19 pandemic playing the role of party pooper, Miller spent what should have been a memorable day in Blue & Gold history the same way he’s spent much of the past three-and-a-half months — impatiently waiting, and worrying, about whether there will even be a season to play.

But as Miller revealed to me in a wide-ranging chat, he’s starting to see a light at the end of the tunnel. And the club’s president and CEO is more confident than ever that by hook or by crook, the Canadian Football League is going to find a way to get back on the field before the leaves turn and the snow starts flying.

Surprisingly enough, that could include potentially playing without fans or even stretching the season beyond November.

“I’m much more positive that we can do it in a safe way than I was six, eight weeks ago.”

Hey, if the NHL can hold their playoffs in the August heat, why can’t the CFL potentially stretch into the dead of a Prairie winter in these unprecedented times? Sure, says the guy who gets to sit in the heated press box.

But there’s simply too much at stake not to explore all options, as novel as they may be.

The Bombers may lose as much as $10 million if this season is scrubbed, and another marquee franchise, the Saskatchewan Roughriders, announced this week they would see a similar deficit, calling it the biggest financial crisis in team history. Commissioner Randy Ambrosie has suggested the survival of the league could be in peril if games can’t be played this year and the federal government doesn’t provide a financial bailout of up to $150 million.

One reason for Miller’s increased optimism is the Justice 4 Black Lives rally held on June 5 in Winnipeg, in which approximately 15,000 people gathered around the Manitoba Legislative Building following the killing of George Floyd at the hands of Minneapolis police officers. Earlier this week, chief provincial public health officer Dr. Brent Roussin said there were no positive COVID-19 tests linked to that mass gathering.

“Like everybody else, I’m watching everything. There’s a big difference between outdoor venues and indoor venues. I think outdoor venues will have the opportunity, when public health officials say it’s safe to do so, to go back first. That is positive,” said Miller.

With just 11 active cases of the coronavirus and nobody in the hospital because of it, Manitoba is the envy of other jurisdictions when it comes to flattening the curve. Miller said the key is for other CFL markets to see similar positive trends to really get the football rolling in the right direction.

“We need all the different provinces to catch up to Manitoba and keep moving forward. We should be proud of being Canadians and Manitobans right now, watching what’s going on around the world and especially south of us,” he said.

The goal is to play in front of paying customers, given that the CFL relies heavily on ticket sales for revenue. But Miller said empty-stadium games on television might be better than no games at all, if it comes down to a one-or-the-other scenario.

The league, and the CFL Players’ Association, are in the early stages of putting together a COVID-19 recovery plan and hashing out the specifics of what a return to play this season, and beyond, might look like. Although time is obviously of the essence, there remains no deadline for a decision.

Ambrosie has come under fire from players and union officials in recent weeks for keeping then in the dark about the situation. Information has been scarce, with September targeted as the earliest a shortened season could begin. Ambrosie also imposed a 20 per cent reduction to the football operations cap, bringing it from $2.59 million to about $2 million for the 2021 season.

Miller believes the criticism is unfair.

“It’s a tough time for everybody, and we all have to be patient through this, which nobody wants to hear,” he said. “We’re working real hard to get our players back on the field playing in front of their fans. We just need to understand that we’re going to need some patience here, which I don’t have much of. I get it. But we’re going to keep working to find a solution.”

You learn a lot about people in a crisis, and Miller has been floored by the fact nearly 90 per cent of season-ticket holders have deferred getting refunds for the first four regular-season games, which the club offered.

Ambrosie has come under heavy criticism recently from CFL players, the CFL Players' Association and league football operations personnel. Last week, the union and a host of players took to social media to voice their displeasure with Ambrosie regarding the state of talks between the two sides on an abbreviated 2020 season.

Both Brian Ramsay, the union's executive director, and players expressed frustration about the lack of information and direction being provided by the league.

Ambrosie has stated the earliest the '20 season would begin is September. But he's also said a cancelled campaign remains an option due to the COVID-19 pandemic.

“The positivity is just overwhelming. We truly have the loudest and greatest fans in the CFL, and this is just another example of it,” he said.

Next month, the Bombers are planning to unveil their Grey Cup rings in an online presentation to players, which fans will be able to watch.

“I think it could be the first virtual Grey Cup ring presentation ever done, and hopefully it’s the last one ever done,” said Miller. There will also be a raffle for people to have a shot at winning an authentic ring of their own.

And while that raucous party at IG Field to honour the champs may not have gone down as planned, good things will indeed come to those who wait. 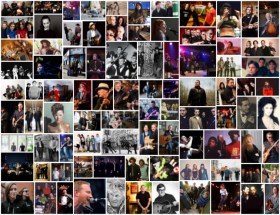 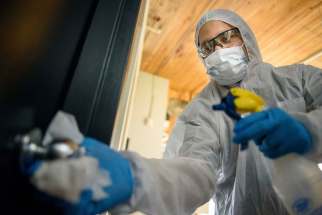 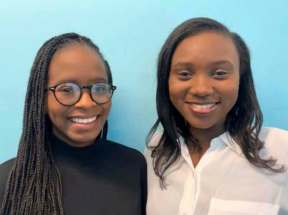 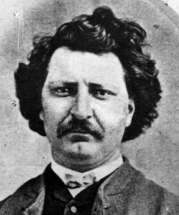 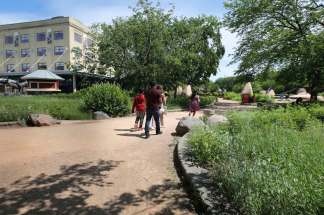 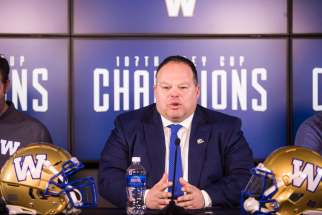