Because of COVID-19, Manitobans face many restrictions when visiting loved ones in hospitals and personal care homes.

Because of COVID-19, Manitobans face many restrictions when visiting loved ones in hospitals and personal care homes.

An adult who seeks care in a hospital emergency room cannot take someone with them for support unless they have cognitive issues or require a translator.

Restrictions apply to hospital visitors who have recently travelled outside Manitoba to Eastern Canada.

So, when the president and CEO of St. Boniface Hospital, Martine Bouchard, travelled to Manitoba from Montreal this week without self-isolating for two weeks, it stunned observers.

While “health care providers” are spared from self-isolating upon return from Eastern Canada if they do not display coronavirus symptoms, no specific dispensation is made for hospital administrators.

“Whether it’s the CEO of St. B or the premier of Manitoba or whoever, people in the public eye should be leading by example right now.” – NDP Leader Wab Kinew

NDP Leader Wab Kinew said Friday Bouchard’s actions set a bad example. He said it called to mind photographs of Premier Brian Pallister sitting in a waiting area at Toronto’s Pearson International Airport without wearing a mask, as required at that facility.

“I think the head of one of our most important hospitals should lead by example,” Kinew said. “Whether it’s the CEO of St. B or the premier of Manitoba or whoever, people in the public eye should be leading by example right now and abiding by the same (rules) that we’re asking everyday Manitobans to do, which is if you’re coming back from Eastern Canada, you should self-isolate.”

Dr. David Butler-Jones, former head of the Public Health Agency of Canada, said health leaders aim to build public consensus on the rules all must follow to get through a pandemic.

Asked about the head of one of Manitoba’s biggest hospitals commuting during a pandemic from a COVID-19 hot spot, he was blunt.

“That’s where somebody senior in government, or whatever, needs to have a chat with them,” he said Friday. “The head of the health authority needs to have a private talk with them, saying A) This looks bad and B) Do you really want to be a headline?”

Butler-Jones said he doesn’t know Bouchard’s circumstances or whether she takes steps to self-isolate when she arrives in Manitoba, but if the head of a hospital is seen to be flouting the law, that could be a “career-limiting move,” he said.

Bouchard has commuted home to Montreal on weekends since taking the St. Boniface Hospital job a little over two years ago. Before coming back to Winnipeg on Monday — she is said to have returned to Quebec on Thursday — she had been working from Montreal since the end of April. A reason given by the hospital’s board chair in the past for Bouchard’s lengthy absence from Winnipeg is that she would have had to first self-isolate for two weeks once she arrived.

Kinew questioned Bouchard’s continued commuting. “Could (she) maybe move to Manitoba during the pandemic?” he said.

Asked whether Bouchard is exempt from having to self-isolate, the province’s chief public health officer Dr. Brent Roussin said Friday: “No individual or institution gets an exemption for themselves. The travel orders have exemptions in them, and there’s no ability within the order to provide additional exemptions. So people either fall within the exemptions that are provided or they don’t.”

Roussin wouldn’t go so far as to say that Bouchard had violated the health order — even though it appears to refer specifically to frontline care providers.

…If the head of a hospital is seen to be flouting the law, that could be a “career-limiting move.” – Former head of the Public Health Agency of Canada Dr. David Butler-Jones

“We need to know what kind of precautions were taken, there might have been many,” he said, while repeating previous exhortations to “be kind” and avoiding shaming people during the pandemic.

Neil McArthur, head of the philosophy department at the University of Manitoba and formerly the director of the university’s Centre for Professional and Applied Ethics, said the issue is straightforward.

“(Bouchard) is not a frontline worker and she is clearly not exempt from these protocols,” he said.

“We’re all right now restricting our lives in various ways,” he said. “If there’s a perception that certain people believe, because of their elite status or their importance…that they are not bound by these health orders, I think that’s the kind of thing that really undermines people’s trust in the health orders at all.”

“(Bouchard) is not a frontline worker and she is clearly not exempt from these protocols.” – Former director of U of M’s Centre for Professional and Applied Ethics Neil McArthur

Health Minister Cameron Friesen has referred all questions about Bouchard’s commuting to the Winnipeg Regional Health Authority. In a brief statement Thursday, he said the “matter is being addressed” by the WRHA’s CEO, Vickie Kaminski, and that the “WRHA holds the accountability for St. Boniface Hospital.”

The WRHA has been silent on what actions, if any, it will take regarding Bouchard’s commutes.

Liberal Leader Dougald Lamont called it “frustrating” that Friesen was “passing the buck” on the issue.

St. B Hospital head in Quebec during pandemic

Roussin calls for return to ‘fundamentals’ as COVID-19 cases climb 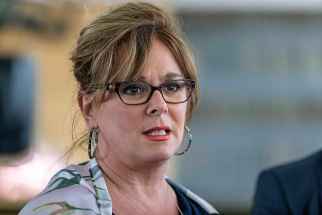 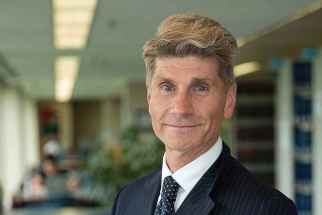 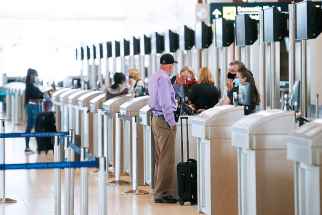 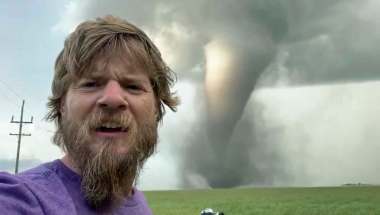 Young producers follow in generational footsteps, but determined to set their own path 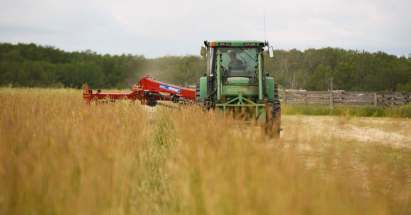 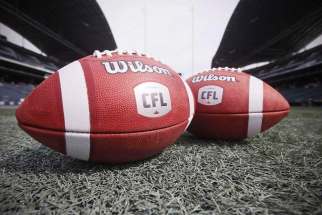 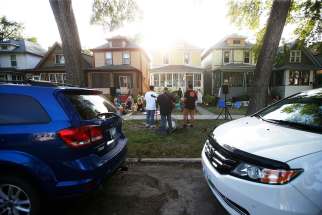 Racing at the Downs a squabbling, happy family affair 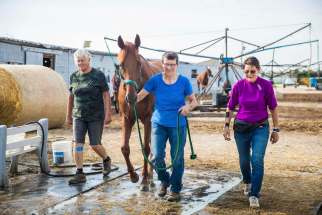 Learning to live with the virus, and masks 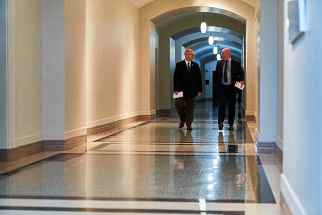