Manitoba's sizable spike in COVID-19 cases is the result of a growing cluster in Brandon and a substantial effort to test residents of Hutterite colonies.

Manitoba’s sizable spike in COVID-19 cases is the result of a growing cluster in Brandon and a substantial effort to test residents of Hutterite colonies.

For the first time on Monday, the province’s chief public health officer shared more comprehensive case counts in colonies, or "communal living communities" as he called them.

Dr. Brent Roussin said there have been 236 cases in such communities since the coronavirus arrived in Manitoba in March, 148 of which are still active.

A big effort in recent days to expand testing in communal living communities — including the use of mobile clinics — has seen case numbers soar. Over the past two days alone, there have been 85 new cases identified in these communities.

Prairie Mountain Health region, which extends from the Parkland region along Manitoba’s western boundary to the U.S. border, is home to both Brandon and some of the communal living communities hit hardest by the virus. Since July 1, there have been 320 cases identified in the region, prompting its orange rating — and new restrictions — that took effect on Monday.

The province, until recently, has generally been loath to report case numbers in communal living communities, fearful of stigmatizing them.

MASKS WILL BE MANDATORY AT HEALTH FACILITIES

Visitors to all Manitoba health-care facilities will soon be required to wear non-medical masks.

Visitors to all Manitoba health-care facilities will soon be required to wear non-medical masks.

The requirement, which takes effect province-wide on Sept. 1, also extends to outpatients attending appointments at clinics within hospitals and health centres throughout the province, the government said in its most recent pandemic response press release.

All visitors arriving at health-care facilities will be required to wear a non-medical mask to be permitted into the site. While primary care clinics and other locations providing health services are not currently included in the mask requirement, all Manitobans are strongly encouraged to wear a non-medical mask when seeking care, Health Minister Cameron Friesen said in the press release.

This requirement is already in place in the Prairie Mountain Health region, where the use of masks is mandatory in all indoor public places as the region is currently listed as Restricted (orange) under the #RestartMB Pandemic Response System.

"We felt it was imperative to communicate that to Manitobans to get a good sense of the actual numbers we are getting in communities," Roussin said.

On Monday, the province announced 49 new coronavirus cases on top of 72 on Sunday and 42 on Saturday. However, it said that 24 of the 49 were actually connected to Sunday’s total. So, the revised number for Sunday jumps to 96.

Roussin, explaining the change, said "there was a data correction made to Sunday’s numbers."

Of the 49 new cases revealed on Monday, 35 were in Prairie Mountain Health region, two were in Interlake-Eastern Regional Health Authority, four were in Southern Health and eight in the Winnipeg health region.

The five-day test positivity rate rose to its highest level yet in Manitoba at 2.9 per cent. Roussin has said in the past that a level of three per cent or more could trigger more restrictions within the province. A total of 1,544 laboratory tests were completed on Sunday.

Meanwhile, the 395 active cases recorded Monday were also a record for the province. Altogether, there have been 993 lab-confirmed cases of COVID-19 in Manitoba.

Yet despite these troubling signs — and with the start of school just two weeks away — Roussin said he is not ready to impose new conditions on the movements of Manitobans just yet.

He noted that the health system is not being heavily taxed, despite the sharp rise in cases, perhaps due to the fact that younger persons are contracting COVID-19 compared with an earlier provincial outbreak this spring. On Monday, there were just six Manitobans in hospital, with only one in intensive care.

Roussin said Prairie Mountain Health’s new Restricted (orange) rating under the #RestartMB Pandemic Response System will be in place for at least two weeks — roughly one virus incubation period — and likely for longer.

Under the orange rating, masks are mandatory in all public indoor places in the region and at all indoor and outdoor public gatherings. Public gatherings are also restricted to 10 people, both indoors and outdoors.

Roussin said none of the new cases reported on Monday is linked to the outbreak at the Bethesda Place personal care home in Steinbach, which has seen seven persons, including four staff, test positive.

A new community coronavirus testing site opens at 2735 Pembina Highway on Tuesday. The site will be open to the public on a walk-in basis from 9 a.m. to 4 p.m. seven days a week. Access Fort Garry on Plaza Drive will no longer offer COVID-19 testing once the new site opens. 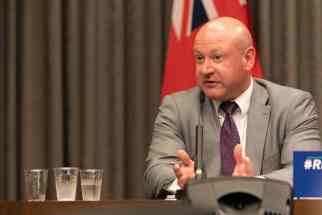 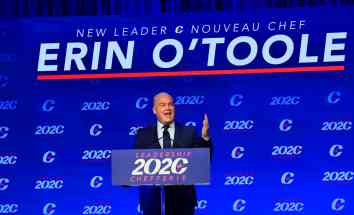 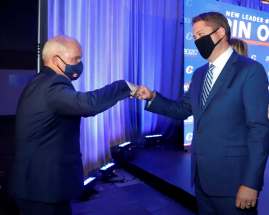 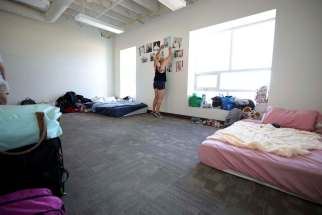 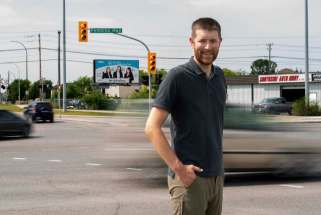 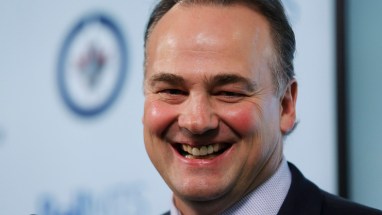 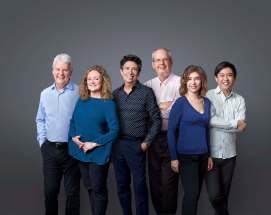