The Pallister government agreed to pay more than 40 per cent of a $4.5-million fee for mental health services to an out-of-province provider before the program was available to Manitobans.

The Pallister government agreed to pay more than 40 per cent of a $4.5-million fee for mental health services to an out-of-province provider before the program was available to Manitobans.

The government announced the deal with Ontario-based Morneau Shepell on March 27, after being approached by the human resources services company.

According to a copy of the service agreement obtained by the Free Press, Morneau Shepell submitted a written proposal to the government for the provision of online mental health services to Manitobans afflicted with anxiety due to COVID-19 on March 16.

March 16, 2020 — Morneau Shepell, a human resources services company based in Toronto, submits a written proposal to the Manitoba government for the provision of online mental health services for Manitobans.

March 26 — Manitoba accepts the proposal and enters into a “binding term sheet” with the contractor, which is subsequently replaced by a formal contract.

March 27 — The government announces it has selected Morneau Shepell to provide its internet-based Cognitive Behavioural Therapy (iCBT) program to Manitobans aged 16 and over, as part of an effort to address Manitobans’ anxiety caused by the COVID-19 pandemic. The $4.5-million contract is awarded without tender.

July 3 — More than three months after announcing it will pay Morneau Shepell $4.5 million to provide online therapy services, the province says it has not yet signed a formal agreement with the Ontario-based firm.

July 31 — After inquiries from the Free Press, the province says it signed a formal contract with Morneau Shepell earlier in the week that will soon be posted on the province’s website.

Sept. 22 — A Pallister government spokesman explains the yet-to-be-disclosed contract “is structured as an outline agreement, wherein Shared Health draws down on the contract as the services are used.” He says a $625,000 payment to Morneau Shepell, dated Aug. 24 and disclosed on the province’s website, “represents the first draw down on the contract.”

Eleven days later, the province publicly announced it would provide the services for free to Manitobans aged 16 and older, and four days after (March 31), Morneau Shepell was to receive $2 million, according to the agreement. The company was scheduled to then receive installments of $625,000 on June 30, Sept. 30, Dec. 31, and March 31, 2021.

The formal contract wasn’t signed by both sides until July 30. According to the document, the two sides had signed a binding term sheet the day before the program was announced to the public in March.

Neither the company nor the province would say Monday if all payments specified in the agreement have so far been made as scheduled. Late Monday, the government said it needed more time to respond to questions submitted in writing about the agreement at 10 a.m.

The service agreement calls on Morneau Shepell (beginning this past July) to issue a monthly program status report to the government. If the services are completed according to the province’s satisfaction, the company is paid. If it doesn’t, it’s not clear what happens as those clauses have been largely redacted by the government.

“There seems to be a huge double-standard working against Manitobans here,” the NDP leader said.

Earlier this year, the province offered employers financial help to hire summer students, but they could only receive the money upon proof of payment at the end of the season.

Local therapists and counsellors were not given an opportunity to provide the online mental health services, Kinew said.

“I think you’d find a lot of local counsellors, psychiatrists, who would tell you if the government gave them $2 million in March, they could have set up a home-grown Manitoba online counselling solution,” he said.

In announcing the untendered contract this spring, the government said it chose Morneau Shepell to provide the service because its program had already been developed and was ready to go. It said the company had thousands of therapists across the country experienced in dealing with the psychological impacts of traumatic events.

As of Friday, some 3,665 Manitobans had registered for Morneau Shepell’s online cognitive behavioural therapy program.

The program starts by assessing a client’s needs through an online questionnaire and consultation with a professional therapists, either by phone or video chat. Clients complete 10 modules at their own pace, while the therapist monitors their progress and regularly checks in. The program, offered in both English and French, is designed to help people who are feeling mild to moderate anxiety because of the pandemic, the province says.

Under the terms of the agreement, Morneau Shepell will take in new clients until March 31, 2021, and conclude all services by March 31, 2022. The government’s final payment is due on the final day of program sign-up.

Until last week, the government had not publicly released any payment details about its contract with Morneau Shepell except for $625,000 authorized in August.

That explanation, however, doesn’t correspond to the service agreement the province released to the Free Press last week. 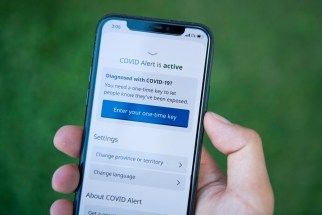 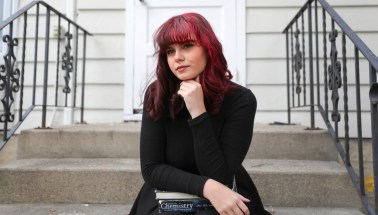 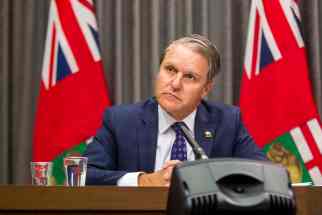 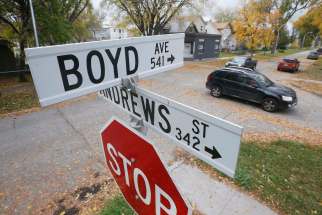 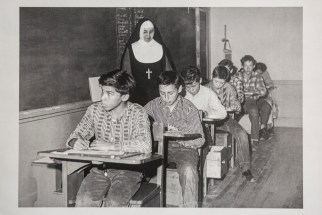 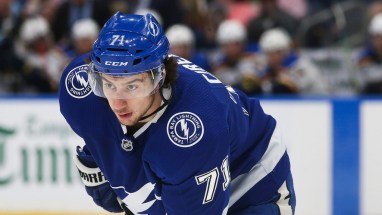 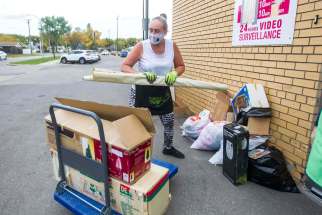 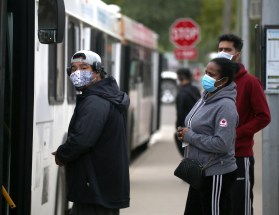