On any given day under the ongoing drudge of the COVID-19 pandemic, Taylor starts her day as a public health inspector staring down a full email inbox.

On any given day under the ongoing drudge of the COVID-19 pandemic, Taylor starts her day as a public health inspector staring down a full email inbox.

It’s full of questions, concerns and complaints surrounding the coronavirus. Some are from the general public and business owners while others are from those she’s already had contact with. All are related to the interpretation, enforcement or education of the Manitoba Public Health Act and its COVID-specific orders.

And then there are the phone calls.

On Thursday, a restaurant operator calls to say he wants to comply with COVID-19 regulations but he’s worried about the survival of his business. Another person reports their building is infected with cockroaches, complaining the extra time spent at home during the pandemic is making the infestation unbearable.

“Right now with the pandemic, we’ve basically suspended all of our routine programs. The expectation is that we address all COVID-19 concerns first, and as you can imagine, there are a lot of COVID-19 concerns.” – Public health inspector

She does the best she can to address the complaints. “Our first goal is always to educate. We definitely don’t like to use enforcement action unless it’s absolutely necessary,” she said.

When that doesn’t work, inspectors turn to “progressive enforcement,” she says, which can include warnings, tickets or possible closures, depending on the situation.

“It’s exhausting. We are the ones who have to be able to end our work day saying to ourselves, ‘I’ve done the very best I can today to protect the public from COVID-19,’ and it’s an overwhelming thought because there’s so many components to this pandemic and the consequences can be so severe if we fail — it is a heavy weight,” Taylor (not her real name) said during an interview with the Free Press this week.

Before COVID, inspectors had “a little bit of time” to go about their routine work, but now that’s nearly impossible.

“Right now with the pandemic, we’ve basically suspended all of our routine programs,” she said. “The expectation is that we address all COVID-19 concerns first, and as you can imagine, there are a lot of COVID-19 concerns.”

There are, currently, at least 4,200 regular inspections outstanding in the province’s public health department, data provided by the Manitoba Government and General Employees’ Union shows — and that number is only increasing as the pandemic drags on.

MGEU president Michelle Gawronsky said the province has struggled to recruit and retain public health inspectors for years, owing to low wages and a lack of educational opportunities.

There are 37 public health inspectors employed by the province right now.

Manitoba offers the second lowest health inspector wages of any jurisdiction in Canada, second only to P.E.I., Gawronsky said, offering a starting salary of $50,744 and maxing out at $67,671 annually. The gap in wages between Manitoba and Alberta, for example, amounts to $30,000 annually.

Oftentimes, health inspectors leave for better pay or better opportunities, leading to a revolving door of employees and a lack of opportunity for mentorship and succession planning.

Several of Manitoba’s inspectors will be eligible to retire in 2022 and are planning to do just that, Gawronksy said.

“I haven’t talked to one health inspector that doesn’t lose sleep at night knowing the long list that is there that they should be getting to or that the expectation is that they are providing the safety for their fellow Manitobans,” she said.

“They tell me, ‘It is absolutely impossible, even if we work 24 hours a day, seven days a week; it would take us a year to catch up to where places have not been inspected.’”

The result is a growing list of backlogged inspections, an increasing number of COVID-related concerns and an emotionally drained workforce.

“It’s hard because I go ahead and I sign permits each year for restaurants, swimming pools, tattoo parlours for example, and I’m putting my name on those permits saying, ‘Yes I believe this place to be in compliance with whichever regulation,’ and oftentimes I can’t actually say for certain that they’re in compliance because I haven’t been there in so long,” Taylor said.

In general, they are all managed by the governance set out in the Public Health Act, though each agency is left to its own discretion when it comes to actual measures taken to enforce orders under the act.

Most of the agencies, Roussin said, are adding COVID-related responsibilities to their pre-existing duties, so it’s difficult to keep track of how many COVID-specific enforcement officials are out on the streets.

“I don’t think it’s kept track of overall; certainly each organization probably knows how many people are on doing things, of course that doesn’t mean that they’re doing COVID-specific things,” Roussin said in an interview Wednesday.

“They tell me, ‘It is absolutely impossible, even if we work 24 hours a day, seven days a week; it would take us a year to catch up to where places have not been inspected.’” – MGEU president Michelle Gawronsky

A government spokesperson said Thursday that more than 2,500 people are working across the 10 agencies tasked with enforcement.

According to a representative for the City of Winnipeg, the city’s 311 operators have fielded approximately 13,000 COVID-related calls since March, including requests for information and complaints. If there is a complaint, the city forwards it to community bylaw enforcement, the Winnipeg Police Service or refers the resident directly to the province.

In an email Thursday, a city representative said bylaw officers are not responsible for enforcing public health orders. Instead, they are tasked with responding to city orders in parks and on public transit. Non-compliance with city orders, including mandated masks on public transit or city property, could result in fines.

Winnipeg police said Friday that while they are authorized to enforce public health orders, they do not have an internal mandate to do so and instead take on an educational role. No specific officers are assigned to COVID-related duties.

“They might receive a complaint, it might be a routine investigation, they might even be contacted by the business to help them clarify some of the orders,” Roussin said of the enforcement process.

Public complaints can be submitted by email or phone to the province or the municipality.

“Then, really go through the orders, look at where possible infractions are, advise why those orders are in place, what the purpose of them are, and then really try to walk them through the approach of trying to comply. If that was disregarded, especially repeatedly, then we would go to more coercive measures.”

The most common violations the province has fielded so far involve not maintaining required physical distancing at bars and restaurants, as well as exceeding capacity limits. It’s up to the health inspector to decide if a violation warrants education, information or a coercive measure, such as a fine.

As for mask mandates, Roussin said businesses are liable for their employees only in public-facing contexts, and to remind patrons to wear masks. Beyond that, it is the individual’s responsibility to wear a mask.

“Remind people that they should be wearing a mask,” he said, offering advice to businesses. “As far as other steps they want to do, that’s a policy argument. A lot of businesses don’t allow people to walk in bare feet, or without shoes or without shirts, so deal with it as a policy response as they see fit.”

The largest enforcement role falls on the province’s public health inspectors where the numbers have fluctuated for years.

A public health spokesperson said Thursday there are, currently, 44 public health inspector positions in the province, but seven are vacant. That’s down from 11 openings in 2019.

Inspectors maintain the workload would be overwhelming even if the seven positions were filled.

“Inspections are down when they should actually be increasing,” Gawronsky said. “We’re in the middle of a pandemic. We should not be asking who’s doing the testing, but this is what happens when you don’t have a workforce to do it.”

According to data from the Canadian Institute of Public Health Inspectors, the average Canadian jurisdiction has one public health inspector for approximately 20,000 residents. In Manitoba it’s one for 31,344.

“Steps have been taken to expedite the hiring process, including developing an eligibility list, and increasing relocation expense amounts,” a government spokesperson said in an email Thursday.

The lack of response from government has left the inspectors feeling hopeless.

“It’s almost like no matter how many rational arguments we put to them as to why Manitobans need more health inspectors, it just seems to fall on deaf ears,” Taylor said.

“It’s almost like no matter how many rational arguments we put to them as to why Manitobans need more health inspectors, it just seems to fall on deaf ears.” – Public health inspector

Ultimately, said Taylor, public health inspectors do not anticipate going on strike or in any way avoiding their duties, despite the low wages and increased workload.

“We care about public health, genuinely,” she said. “The people we help are the everyday people who don’t end up in the hospital because we’ve done our jobs right.”

As the COVID-19 pandemic stretches on, Taylor said health inspectors will continue to show up and do their best, even as responsibilities pile up for the already-strained workforce. The health and safety of Manitobans, she said, come first.

“I beg the health minister, I beg the premier, let’s work together to find a solution that is going to ensure the safety of all Manitobans right now.” 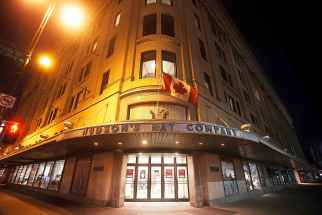 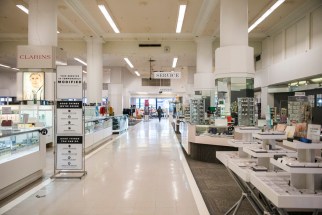 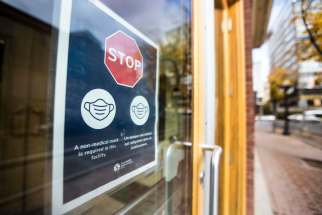 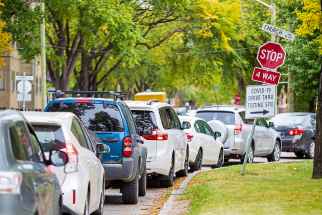 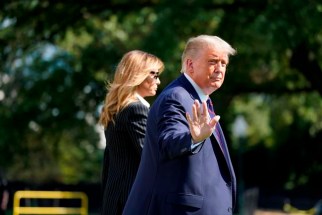 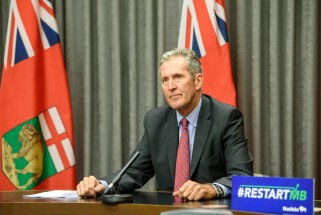 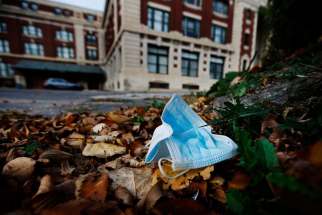 Walken insists on playing it straight in Manitoba-shot farming film 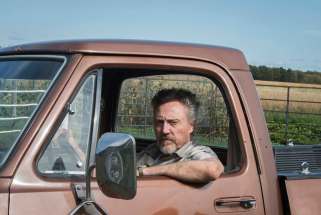 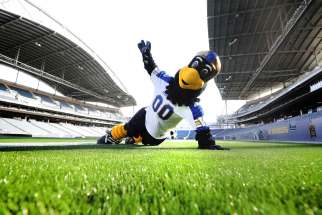 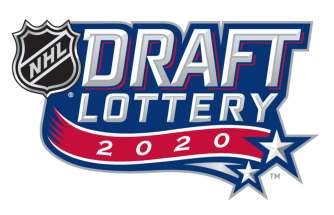 Response too slow to test-site lineups 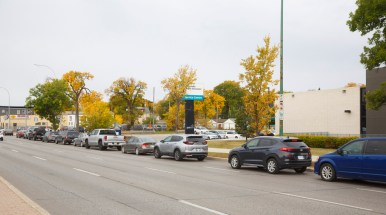