Midway through September, Salena May Blunderfield realized her close friend, Katelyn Fontaine, hadn't been heard from in more than three weeks, so she decided to plan a community search.

Midway through September, Salena May Blunderfield realized her close friend, Katelyn Fontaine, hadn’t been heard from in more than three weeks, so she decided to plan a community search.

She reached out to several groups before stumbling across the phone number for Thunderbirdz — a new initiative that aims to support marginalized and houseless people in Winnipeg.

"Right away, right when I asked for help, they were like okay, yeah, let’s do it tomorrow," Blunderfield said in an interview the day after the search.

More than 80 people combed the streets with flyers in search of Fontaine. They travelled up Main Street to her known locations, then down Portage Avenue, showing her pictures to passersby.

Eventually, someone said they’d seen Fontaine, just an hour before, at an apartment in the West End.

"We raced to that apartment. She came out," Blunderfield said.

After a brief confrontation, Fontaine was home again, safe with her family.

The search was one of the most successful and well-attended in recent memory for MLA Nahanni Fontaine (St. Johns) — who has joined many such searches in the last 20 years.

“I thought that it was a really good illustration of how the community can come out together to support our women,” Fontaine said in a recent interview. “It was a testament to the community’s resolve to bring home one of our women who had gone missing.”

For Thunderbirdz, a volunteer community patrol group, the night marked a turning point. Though the group had been hosting walks since April 1, the search for Katelyn Fontaine brought out more community members than any previous gathering, reaffirming the importance of the work it does.

On a recent, crisp Monday night, the group met for one of its regularly scheduled community patrols.

A team of seven assembled outside the Neeginan Centre, housed in the old Canadian Pacific Railway building at 181 Higgins Ave., loaded a blue wagon with sandwiches, water, sharps containers, homemade bannock and a smattering of Halloween candy, before making their way towards Winnipeg’s downtown.

As they wove down Higgins Avenue, wearing reflective vests, each adorned with a Thunderbirdz patch, members stopped to pass out food and spark up conversation with those they meet on the street.

"We’re just out here to check on the well-being of the people, make sure everyone is okay. If they need resources, we try to direct them to those resources,” said Sam Lavallee, one of the group’s co-leaders.

"Show the people out here that we care for them — and we do, that’s the whole reason why we do this; show them that they’re not forgotten."

Thunderbirdz was borne out of the embers of the COVID-19 pandemic, Lavallee explained, while groups such as Bear Clan and Mama Bear Clan limited their volunteer patrols to keep in step with pandemic restrictions.

Lavallee had tried join walks in the early weeks of lockdown, but finding no opportunities to get involved he reached out to friends and co-workers Susan Chief and Val Ballantyne-Lewis to start a patrol group of their own.

"I thought: ‘I’m not the only person that’s probably bored and wants to help the community,’” Lavallee said.

There were six Thunderbirdz — a name chosen for its uniqueness among the various such groups in Winnipeg — on the night of their first patrol.

"These people are so awesome, they’re all coming out and committed — it’s really a group effort,” Lavallee said.

Half-an-hour into the Monday night walk, the first bag of bologna sandwiches is nearly gone. Lavallee points those asking for food in the direction of another patroller, who is carrying a fan-favourite: bannock.

Supplies such as food come from a variety of places, Lavallee explained; some donated by leaders’ workplaces, others brought by members, cooked just before the night’s patrol. It’s almost all funded out of pocket, Lavallee said.

Midway through the walk, the group stops at a downtown Giant Tiger to buy apples, bananas, Wagon Wheels, and water to reload the backpacks and wagon for the rest of the walk.

Sometimes, there are donations. Currently, the team is working to set up a GoFundMe to purchase winter coats, sharps gloves, flashlights, and two-way radios to sustain its work into the winter.

"Right away, (the money) goes to food and things like that — it goes back into the community,” said Lavallee.

Though MLA Nahanni Fontaine unequivocally supports the “warrior spirit” of the Thunderbirdz, she noted the group’s out-of-pocket approach to funding clearly illustrates how access to key supports such as food and housing for marginalized groups — particularly the city’s Indigenous population — are not “robustly and comprehensively” supported by government.

“How is it that the role and the responsibility to protect whole communities falls on the shoulders of those that are already marginalized themselves?” she said.

“That is a consequence of not having the social development infrastructure in place to be able to support the varied and critical needs of the community. So then that work falls on our shoulders to take that on.”

As the group grows, Lavallee said the Thunderbirdz have no intention of getting all-too-organized. They have no desire for a board, or government grants, or any bureaucracy that will distract from the work at hand.

"I just hope people can look up to us and see that we don’t need money, we don’t need funding,” he said. “We just need everyday volunteers just wanting to give back or make a positive change, and that’s all you really need: a vision, a goal, and some good people together."

Thunderbirdz has no formal leader; there are co-leaders to run social media, organize walks and supplies, and a small team in place to eventually run the group’s bank account. Decisions are made as a collective, prioritizing conversation and consensus.

"We try to think back, with our ancestors and things like that, how did they run groups a long time ago: consensus, they sit in circles, agree to disagree and just talk about things — and that’s how we want to do it," said Lavallee.

Fontaine applauded the work such groups take part in, while noting it can lead to a “vicious cycle” where police and government depend on unpaid volunteers to respond to the community’s needs.

“We should be establishing provincial strategies with all different stakeholders, justice, education, health, and developing wraparound services to be able to deal comprehensively with the myriad of needs that come out of the community.”

During Monday’s walk, the group stopped by an encampment near the Disraeli Bridge. They were unfamiliar faces to the community gathered there, so Lavallee and a few other members committed to coming back regularly until the Thunderbirdz were known and trusted.

They are often mistaken for Bear Clan, Lavallee explained, and will gently correct the mistake, introducing themselves as a newer group. It’s a part of building relationships with the community.

"It’s a very slow process right now, just kind of getting our name out there and telling people who we are,” said Lavallee. "It’s starting to catch on — slowly."

Unlike some of the city’s patrol groups, the Thunderbirdz have no designated domain — though typically they focus on the downtown, Elmwood, North End, West End and Centennial neighbourhoods.

"We like to just go wherever the community needs us,” Lavallee said. "We know people that are on the streets are in different areas, they’re not just concentrated in one area."

The Monday night walk eventually wound through the Exchange District and West End before returning to Higgins Avenue nearly three hours later. Towards the end of the night, the group stopped to talk to people working the Street Connections van, who provide Thunderbirdz with sharps containers, and take full ones for proper disposal.

Working in tandem with other resources in the city is important to the group, Lavallee said, creating a sense of unity and solidarity in the work they do.

Lavallee credited Bear Clan and other patrol groups, who they sometimes join for unity walks, with the inspiration and lessons that helped Thunderbirdz launch.

At the end of the day, he emphasized, Thunderbirdz is motivated entirely by and for the community they serve.

“People are suffering in their own ways, having their struggles, and we just want to help out in the best way we can and that’s by going out, patrolling, making sure people are okay out here, trying to support them in any way we can,” Lavallee said.

“Even just giving them an ear to talk to, sometimes they’re going through a hard time and just need someone to listen to them. We just do this because it feels right, it’s the right thing to do, and it feels good." 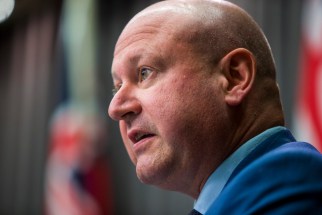 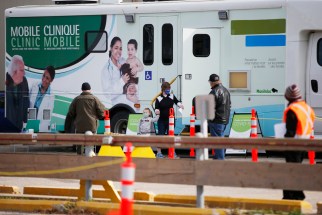 Report aims to increase representation of Indigenous peoples as educators 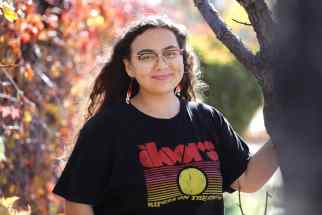 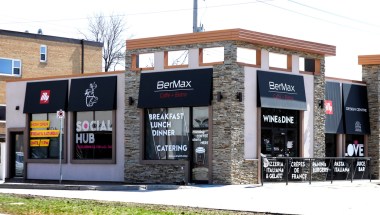 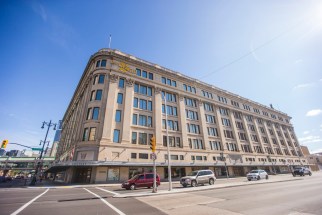 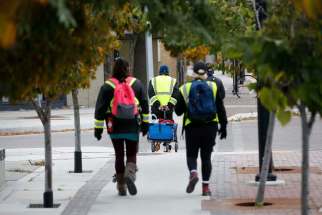 Sad but sanguine snowbirds steel for winter at home 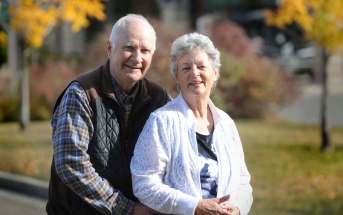 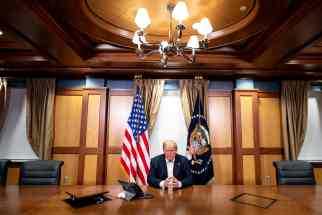