Manitoba’s top doctor is weighing new restrictions to dial back the spread of COVID-19 in Winnipeg, as cases continue to climb at an alarming rate.

Manitoba’s top doctor is weighing new restrictions to dial back the spread of COVID-19 in Winnipeg, as cases continue to climb at an alarming rate.

“We’re right now following these numbers quite closely, and we have to look for that targeted approach,” Roussin said. “We know that a lot of the suspected transmission was occurring later (at) night at some of the bar and licensed settings, and that’s why we took this approach.

“We are looking right now on what further restrictions could help with limiting the transmission. Again, it’s very clear that these type of restrictions have severe impacts on individuals, on businesses, so none of those moves is taken lightly.”

In Winnipeg, where case counts have been skyrocketing for weeks, the five-day test positivity rate is 4.4 per cent. Provincewide, 3.5 per cent of people tested in the past five days had COVID-19.

Across Canada, the test-positivity rate was sitting at 2.5 per cent, according to the latest data issued Oct. 5. In that time, Quebec reported 5.8 per cent of tests coming back positive, placing much of the greater Montreal region under the province’s highest alert level.

When questioned by reporters Tuesday on what would trigger Winnipeg being moved to red (critical) on the province’s pandemic response system, Roussin said it’s too soon to say whether restrictions put in place Sept. 28 have had a meaningful effect.

“It’s a little bit early to know whether (the restrictions have) worked, and again, as we see numbers climb, we continue to be concerned,” Roussin said. “But for the restrictions, we might have seen even more cases, so it’s really hard to judge.”

“We are looking right now on what further restrictions could help with limiting the transmission.” – Dr. Brent Roussin

However, Roussin said public health investigations continue to show people who have symptoms of COVID-19 are heading out into the community and racking up close-contacts.

Roussin said issuing new restrictions may prove to be difficult as transmission of the virus is happening among many age groups, in different venues, households, gatherings and community transmission is increasing.

A University of Manitoba professor in the department of medical microbiology and infectious diseases said alarm bells should be ringing for Manitobans.

“The situation is likely not going to change unless there are changes in what we are doing socially and from a behavioural standpoint,” Jason Kindrachuk said. “We’re not really at a point in time where we can kind of just shrug our shoulders and continue onwards.”

While Kindrachuk said the increase in cases is not yet alarming, it indicates Manitobans have softened their approach to pandemic precautions. He said personal behaviours in the next two weeks, at least, will determine how the province emerges from this most recent wave.

“The virus doesn’t care if we’re making a personal decision or if the government is mandating the decision for us,” Kindrachuk said. “The trouble that we’re in right now, is when we see transmission that demographically is pretty equal across different groups, social groups and different areas of the city, it becomes so much more difficult to try to manage.

“So how do you do it from a very strategic standpoint — and I don’t know if you can. What we can say is what are the activities over the last while that have likely helped with increasing transmission within Winnipeg.”

Manitoba recorded another COVID-19 death Tuesday: a man in his 70s from the rural east district in the Southern Health region.

In the past five days, eight Manitobans have died from COVID-19, including a man in his 40s from Winnipeg with no underlying health conditions, Roussin said.

Roussin also noted the province will be conducting an inspection at Parkview Place long-term care home in downtown Winnipeg, operated by Revera Inc., to ensure standards of care are being met in the 277-bed facility while it manages a severe COVID-19 outbreak.

According to Revera, 74 cases of COVID-19 have been tied to the facility (57 are residents). The province is also allowing staff from other facilities to work at Parkview Place temporarily, as 14 are self-isolating after contracting the virus.

“When you see a number of cases like this, we just have to make sure (standards are being met),” Roussin said.

Roussin also said changes will be coming to the COVID-19 testing process, by way of scheduled appointments.

A call centre and online booking system is in the works to schedule same-day appointments for screening and will be rolled out in the next “few weeks,” he said.

An additional drive-thru testing site is expected to open in Winnipeg at 125 King Edward St. East in late October. A drive-thru site will open in Brandon at the Keystone Centre on Oct. 17. 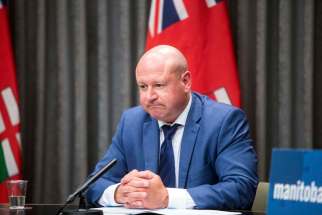 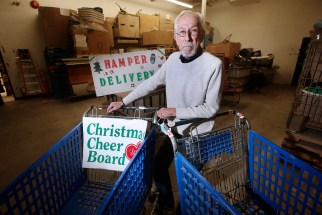 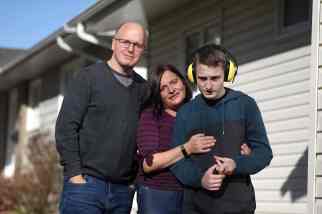 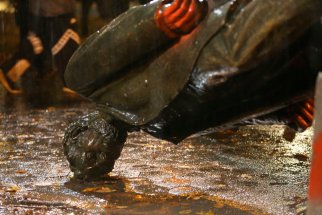 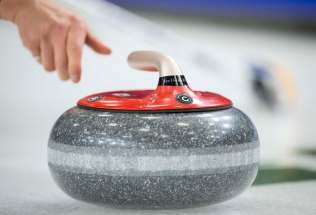 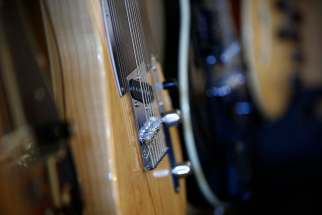 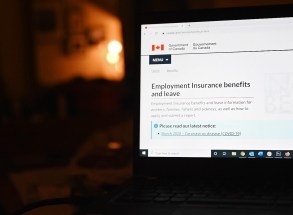