When the going gets tough during this pandemic, the premier more often than not lets others handle the tough questions.

When the going gets tough during this pandemic, the premier more often than not lets others handle the tough questions.

That was certainly the scenario last Friday when Premier Brian Pallister failed to appear at the news conference when it was announced that Winnipeg had been elevated to code red in the province’s COVID-19 warning system, and a new range of social and economic restrictions were announced.

Officially, his staff said he was at the legislature in his second-floor office when Dr. Brent Roussin, the chief medical officer of health, and Lanette Siragusa, the province’s top nurse, were giving everyone the bad news about new pandemic restrictions. Several legislative sources in the Tory party said, however, they did not see Pallister nor did they see his white SUV parked in its regular spot.

If Pallister was not in the building, it would be consistent with his long-standing tradition of leaving Thursday night or Friday morning to spend the weekend in the peace and quiet of his second home, located just a few kilometres east of Portage la Prairie.

However, the issue here isn’t whether Pallister was inside the legislature or on the Trans Canada Highway to Portage, but rather the role he should have been playing on what was easily the most worrisome and disheartening day in this province’s battle against COVID-19.

After a weekend where opposition parties lambasted Pallister for missing the code red announcement and protesters erected cardboard tombstones in front of his River Heights home criticizing the government’s pandemic response, Pallister did hold a media availability on Monday. And what an event it was.

Pallister offered little explanation for his absence the previous week, other than asserting he does not want to get in the way of public health officials when there are important changes in the pandemic response. He made that claim even though he has repeatedly been the bearer of news on other pandemic issues, such as increases in fines, and that other premiers, most notably Ontario Premier Doug Ford, have become folk heroes for their faithful presence at all of the toughest announcements.

However, his pitiful excuse for abandoning public health officials last Friday was not even the most objectionable part of the news conference.

Since the beginning of the pandemic, Pallister has repeatedly put himself front and centre in many pandemic-related announcements — particularly anytime he unveils new economic supports — but has shied away from news conferences that have any whiff of failure or setback.

Along with a medley of his greatest unfounded claims about how Manitoba is leading the country in economic recovery and economic supports for small business, Pallister actually suggested “there is no science” to justify the use of a total lockdown — similar to what Manitoba experienced in the spring — to control a surge in COVID-19 cases. He also suggested there is no jurisdiction anywhere in the world currently employing a total lockdown.

Although we still do not know exactly where Pallister was last Friday, we can be sure he wasn’t in front of a computer reading world news.

Pallister’s comments came in response to questions about the increasing number of physicians who are demanding the province impose what infectious disease experts have begun to refer to as a “short, sharp lockdown” to curb the current surge. Similar in scope but briefer in duration, the short, sharp lockdown is, in fact, being widely used in countries facing a similar COVID-19 challenge.

For example, New Zealand used a two-month total lockdown to control a severe COVID-19 surge in the Auckland region in late August; in Australia, Melbourne has just emerged from a total lockdown that has profoundly reduced new infections. Both the United Kingdom and France have responded to alarming increases in new infections with broad lockdowns that include the closure of all bars and restaurants, gyms, houses of worship and non-essential businesses.

And the truth be told, even as he disputes the notion, public health officials here are nudging the Pallister government closer to a complete lockdown.

On Monday, Roussin introduced new protocols requiring all those living with a symptomatic person to self-isolate at home until test results are available. Roussin acknowledged this was going to lead to a lot more economic disruption as family members are unable to go to work or school while awaiting test results for someone in the same household.

When you combine these new requirements along with Roussin’s advice that Manitobans do not leave their houses for non-essential trips and refrain from socializing outside their households, you can see that we’re moving very quickly towards the short, sharp shutdown that the physicians believe is essential to turn back this current crisis.

Since the beginning of the pandemic, Pallister has repeatedly put himself front and centre in many pandemic-related announcements — particularly anytime he unveils new economic supports — but has shied away from news conferences that have any whiff of failure or setback.

That strategy may free up time for weekend jaunts to Portage, but it doesn’t do much to convince Manitobans that the right guy is in charge. 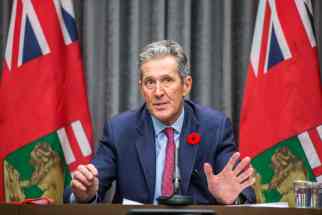 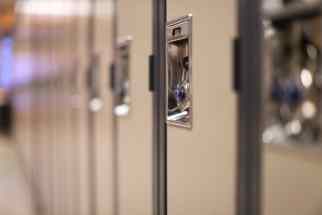 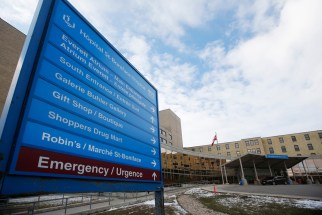 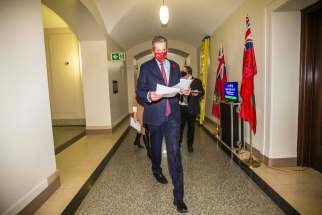 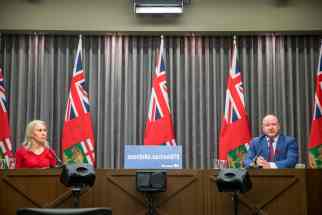 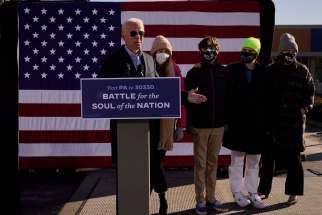 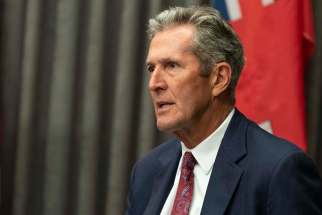 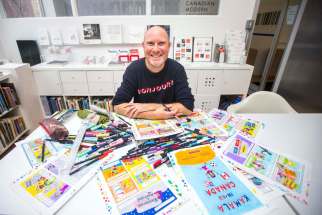 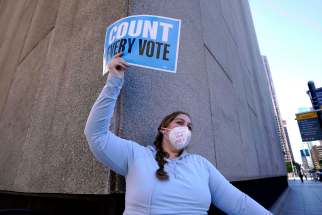