He won’t apologize for his tears, but Pallister does have one regret By: Carol Sanders Posted: 7:00 PM CST Wednesday, Dec. 16, 2020

Reflecting on his leadership during Manitoba's worst health and economic crisis, Premier Brian Pallister said he has just one regret.

Reflecting on his leadership during Manitoba’s worst health and economic crisis, Premier Brian Pallister said he has just one regret.

He waited too long to get tough with scofflaws who violate group size and mask restrictions.

He answered questions about a range of topics such as Costa Rica, his emotional videos going viral, retirement, and the legacy of his government’s response to the COVID-19 pandemic.

“We would’ve had better enforcement earlier, three or four weeks earlier, to send that clear message: don’t gather, don’t go mask-free in a group. We didn’t send it early enough. That’s my regret.”

Pallister said Manitoba didn’t have many COVID-19 cases early in the pandemic, or had to ride out a significant first wave, and those two factors may not have helped, either.

“We didn’t get a chance to learn in the early stages like other provinces,” he said. “We had almost eight months of being almost COVID-free.”

The premier said reminders to Manitobans to limit their contacts fell on deaf ears, as did warnings about the second wave as fall approached.

“If we had brought in severe restrictions to shut down businesses in August, people would’ve said ‘no way.’ There would have been a riot because there was no evidence that it was needed,” Pallister said.

After Thanksgiving, the quick spread of the virus in Manitoba “to some degree, caught our health experts by surprise.” – Premier Brian Pallister

“There were lots of non-believers, lots of folks who said ‘why would you bring in restrictions, we don’t even have COVID here’… In September, even, (which averaged 25 new cases a day) to bring in restrictions on things like going out to restaurants? The public reaction would’ve been incredibly opposed to these restrictions and we would’ve had people not abiding by them.”

After Thanksgiving, the quick spread of the virus in Manitoba “to some degree, caught our health experts by surprise,” he said.

The province stepped up its response within a week of Manitoba reporting its first day of triple-digit cases, Pallister said.

(On Oct. 13, 124 new cases were reported. Tougher new public health orders that were to take effect on Oct. 19 in the Winnipeg region were relaxed at the last minute, allowing hotel beverage rooms to remain open. Daily cases have more than doubled since mid-October.)

“Then, it spread like a snowball into vulnerable people’s living places… that’s what hurts.” It is painful, he said, and he won’t apologize for crying about it at press conferences.

“I’ve taken criticism from some, saying I’m weepy and over-emotional and things like that. OK. I am who I am. I’m not going to put on a play act for you.” He’s taken some praise, too, from U.S. cable news celebrities who shared a clip of the premier tearfully taking the blame for being a Grinch who imposed public health orders that would ruin Christmas.

“I think it was important for people to know somebody is being real about what the situation is, and I’m doing my best to be real about it,” Pallister said.

The premier is unapologetic for controversial remarks he made about the federal government distributing the vaccine to provinces on a per capita basis, while holding back the supply earmarked for First Nations.

Manitoba has the highest per capita percentage of Indigenous people in Canada and the premier said he feared the province would get shortchanged. First Nations leaders and opposition NDP Leader Wab Kinew called Pallister’s remarks divisive and racist.

“It’s not racist,” Pallister said, noting he’s used to people “attacking” him. “I’m trying to get vaccines for Manitobans who need them because it’s a very, very dangerous situation in some of our communities.”

The premier credits his statements for Ottawa’s decision to fast-track vaccine doses for First Nations people on reserve: “Thank you very much.”

“If we were firefighters called to a fire, we wouldn’t spray water in 10 buildings, we’d go where the fire is and we’d address it. The issue in Manitoba is there are high-risk communities — some of them are Indigenous and some are in the inner city — so focusing on preventative and treatment issues like vaccines and focusing on where there are areas of concern is important,” he said.

His legacy of being the premier who balanced Manitoba’s books and lowered taxes was upended by the pandemic. The coronavirus has made him rethink his retirement, life goals and priorities — as it has for many people, he said.

“But I have no intention of leaving while the work is here. I feel not just obligated, I feel honoured to have the opportunity to try to get us through this mess.”

And he’ll be proud of his legacy.

“It’s pretty cool to be able to take what was approaching a billion-dollar deficit, with the rainy day fund hardly left, and to keep your front-line investments focused while you’re actually finding ways to spend less on lower-priority issues. (It’s) a pretty good accomplishment for our cabinet and caucus and I think they deserve to be proud of that,” he said.

The legislature is adjourned until March, but it’s no time for a getaway to Costa Rica, the premier said. He has no plans to visit his home there before the house reconvenes on March 3.

“I’m on duty,” he said. Since the pandemic began, he’s taken two trips to Ottawa “to lobby on various issues.”

On one of those trips, the premier’s actions went viral on social media when he was photographed not wearing a mask in an airport in violation of public health orders. (These days, the premier has a yellow post-it note on the door of his office with a reminder: “MASK.” )

“I’ve been here since February and I ain’t going anywhere.”

A premier can dream, though.

“Unbeknownst to many people, I am actually a hologram,” Pallister mused. “I have been in Costa Rica through the entire COVID pandemic.” 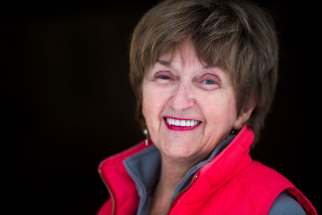 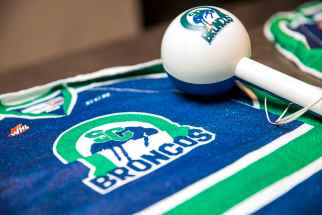 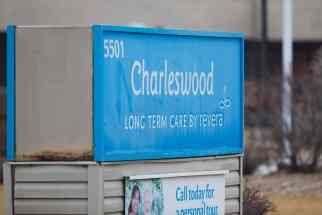 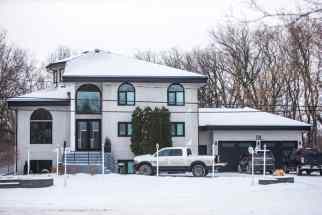 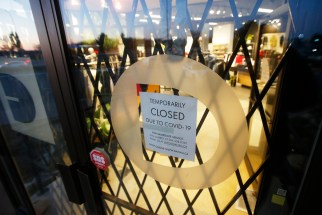 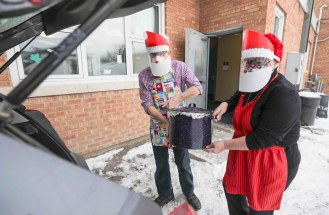 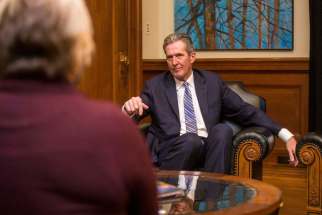 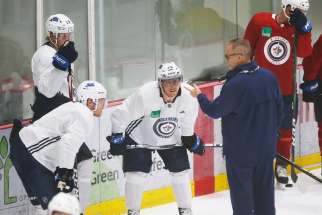 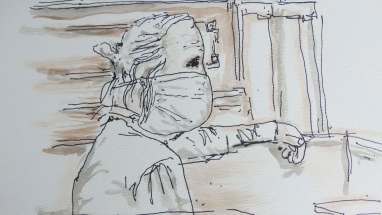