Matthew Tkachuk and the Calgary Flames snuffed out the hopes of the Winnipeg Jets in controversial fashion last summer, delivering a questionable hit that helped facilitate a speedy playoff series victory against a suddenly short-handed opponent. Mark Scheifele and his angry teammates won't have to wait much longer to try and exact their pound of flesh, drawing their former Smythe Division rivals to kick off a 2021 NHL season that is going to be like no other.

Matthew Tkachuk and the Calgary Flames snuffed out the hopes of the Winnipeg Jets in controversial fashion last summer, delivering a questionable hit that helped facilitate a speedy playoff series victory against a suddenly short-handed opponent. Mark Scheifele and his angry teammates won’t have to wait much longer to try and exact their pound of flesh, drawing their former Smythe Division rivals to kick off a 2021 NHL season that is going to be like no other.

‘Tis the season — for revenge? It appears someone in the NHL has a twisted sense of humour, or just loves a good old fashioned blood feud, based on the full slate of games released Wednesday.

Monday, May 3 at Ottawa
Wednesday, May 5 at Calgary
Friday, May 7 vs Ottawa
Saturday, May 8 vs Ottawa

The Jets will go face-to-face with the Flames on Jan. 14, with the exact location of the game still to be determined. The hope is Winnipeg can play their 28 home dates at Bell MTS Place, but all seven Canadian teams are still waiting on approval from provincial government and health officials who apparently have concerns about teams criss-crossing the country with infection numbers soaring in some cities and citizens being told to lock down and restrict their contacts.

Talks are ongoing, with the NHL proposing extremely tight protocols which essentially restrict players to either their hotel, or the rink, while on the road. They will also fly on private charters and be tested daily. If permission isn’t ultimately obtained, the most likely scenario is moving the all-Canadian division to the hub city of Edmonton, at least to start the season.

That could also trigger some changes to the schedule, so you might want to mark these dates down in pencil, not permanent ink, until the issue is settled.

But one thing is guaranteed — with an all-divisional format across the league this year to limit travel, it shouldn’t take long for the tempers to flare. Winnipeg will play Ottawa and Toronto 10 times each this year, with nine meetings each against Calgary, Edmonton, Vancouver and Montreal.

The Jets will actually square off against the Flames four straight times at one point in the season, with three of those games slated for Winnipeg and the last one in Alberta. Winnipeg no doubt hopes this mini-series goes better than the last one, when Calgary punted them from the bubble last August by winning their best-of-five qualifying round series in four games.

It was over before it really began, with Tkachuk taking out Scheifele in the opening minutes of Game 1. No penalty was called, but Jets coach Paul Maurice accused Calgary’s talented super-pest of deliberately targeting Winnipeg’s top centre, who suffered a serious leg injury and never returned. Coupled with a hand injury later that game to sniper Patrik Laine, the Jets were easy prey against a bigger, tougher, meaner opponent.

Tkachuk later apologized, saying no harm was meant. And Scheifele, who resumed skating last month and declared himself 100 per cent recovered, said he bears no ill will. Time will tell if that’s the case.

Winnipeg will play an additional three-game series against the Flames later in the season, and a pair of three-game sets against Auston Matthews and the Maple Leafs. They also have one triple-header against the Ottawa Senators, with the rest of the schedule comprised of 16 two-game sets and eight one-off meetings.

The Jets are scheduled to play 10 of their first 14 games at home, although how much of an advantage that really is remains to be seen. There will be no fans at the games to start, and that’s unlikely to change through the course of the regular-season which runs until early May. A handful of U.S. teams will have limited spectators right off the hop.

Winnipeg’s longest homestand is seven games, between Jan. 23 and Feb. 4. Their longest road trip is also a seven-game swing through western Canada, set for March 18-29. March is the busiest month on the calendar, with 16 games in 31 days. And the Jets will play nine sets of back-to-backs in the truncated season.

The NHL has not yet released start times for the games, which could potentially be held at various times of the day and evening the way last summer’s playoffs were. Television broadcast details are also still to come, although TSN owns the regional rights for the Jets and will do the majority, while Sportsnet is expected to carry some national broadcasts.

On the radio side, Global News Radio 680 CJOB has taken over the rights from TSN 1290 and will carry all 56 games, both on the AM station and simulcast on Power 97 FM. Broadcaster Paul Edmonds has also made the move and will continue his play-by-play role, while Jamie Thomas, most recently employed by True North as part of their in-house media team, joins Edmonds to provide colour commentary.

It’s going to look a lot different, that’s for sure. But it should also be a lot of fun.

The Jets open training camp Jan. 3 in Winnipeg, which will be closed to the public. This season they can invite a maximum of 36 skaters and an unlimited number of goalies, but must reduce their roster to a maximum of 23 players by Jan. 13. Teams can also carry a taxi squad of four-to-six skaters, with at least one goalie required, to keep players ready to step into the lineup, as the American Hockey League won’t start play until February at the earliest.

It’s going to look a lot different, that’s for sure. But it should also be a lot of fun — a four-month sprint through the regular season that ends with the top four teams in each division making the playoffs. The first two rounds will be entirely divisional play (1 vs. 4, 2 vs. 3), with all four divisional champions then meeting in the semifinals, with seeding based on their overall record.

And as long as the pandemic doesn’t have other plans, it will all culminate with a Stanley Cup champion being declared by early July, allowing the NHL to get back on track and begin what is hoped to be a full 2021-22 season in early October, complete with the expansion Seattle Kraken joining the league as the 32nd team, and the top players in the world going to the Winter Olympics.

Manitoba prepares to ramp up vaccine program, including to care home residents 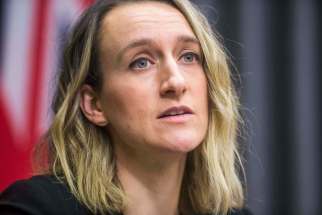 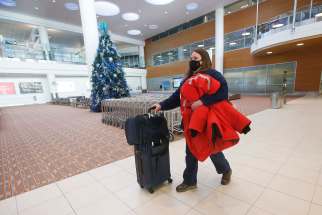 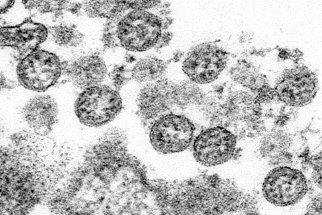 No answers from Pallister’s official calendar 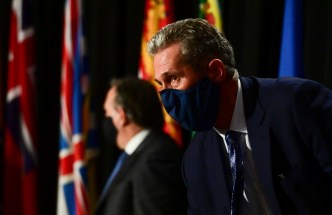 Christmas like no other doesn’t have to feel that way 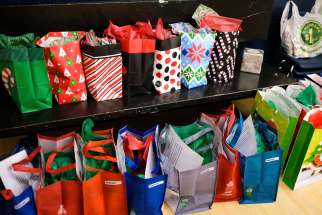 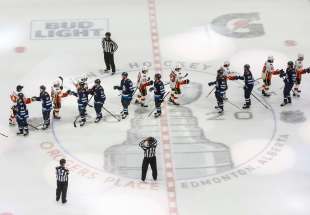 Leg lamps and frosty flagpoles: collector sure to rewatch A Christmas Story 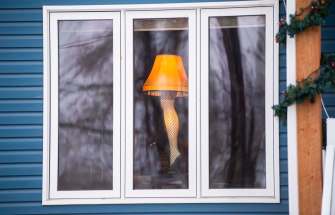 It’s the right time of year for believing 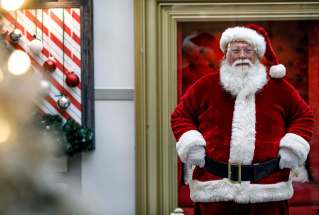