It's an elongated state of flux for Manitoba businesses, as the province announces a two-week extension for strident pandemic restrictions starting Saturday.

It’s an elongated state of flux for Manitoba businesses, as the province announces a two-week extension for strident pandemic restrictions starting Saturday.

While chief provincial public health officer Dr. Brent Roussin had expected to “at least somewhat relax” code red guidelines Friday, instead COVID-19 case counts creeping up after the holiday season means: “Now is not the time to make that decision.”

At least until Jan. 22, things like getting a haircut, shopping for clothes or buying personal electronics in-store will remain prohibited. Save for essential retailers such as grocery stores and pharmacies, all non-essential establishments — among them restaurants, pubs and beauty salons — remain shuttered.

“We want the least-restrictive means necessary,” said Roussin, adding he understands the disappointment about stretching out orders which have been in place across Manitoba since November.

“Somebody who’s a small-business owner is frustrated, somebody who wants to go visit their parents is frustrated,” he said. “But when you open things up, we’ll see numbers increase.”

For business owners, however, it’s more than just frustration — it’s an increased threat to their livelihood, with anxieties about long-term economic survival.

Commerce stakeholders believe the province waited far too long (less than a day before expiration) to announce an unchanged extension. Rules should have been adjusted to allow capacity limits or appointment services for storefronts that could safely reopen, if permitted, advocates said.

“It’s extremely challenging and concerning when you relay these rules 24 hours before they were to end,” said Chuck Davidson, president and chief executive officer of the Manitoba Chambers of Commerce. “And it’s disheartening because businesses have been following all the necessary precautions and were really looking forward to opening again.”

Davidson said there has been “no science or indications” transmission is occurring at specific locations.

“It’s hard to get business owners to understand why they should remain closed when that data isn’t there and those metrics haven’t been clear,” he said.

“We’ve had no customers in our doors for more than 10 weeks and we’re following every single rule to a T,” he said.

“But you’re telling us that somehow we’re still a contributing reason for increasing cases or will become a reason if we opened? That’s just a bogus assumption.”

Amanda Deroy Sheriff, who runs Beauty Box by Sheriff on Ellice Avenue, with her sisters and mother, agreed.

“We’re a salon and we can take appointments,” she said. “Doesn’t that make us safe to reopen when we can space people out and only take a few of them in?”

Such concerns are part of a growing anger within the business community, said Loren Remillard, president and CEO of the Winnipeg Chamber of Commerce.

“It seems as though they’re having to carry a disproportionate weight and cost during the pandemic.”

That’s why Jonathan Alward, Prairies director for the Canadian Federation of Independent Business, hopes the province will continue to provide more financial relief as restrictions linger on.

“Otherwise, I’m concerned that too many more businesses are going to start closing down for good,” he said.

For now, however, it remains to be seen whether the province will adjust guidelines in the coming weeks. It’s also unclear if emergency assistance will be extended.

“We’ve considered a number of options for this set of orders,” said Roussin. “Any time we feel the numbers support it, we’re going to start pulling back restrictions.” 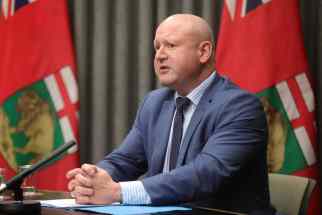 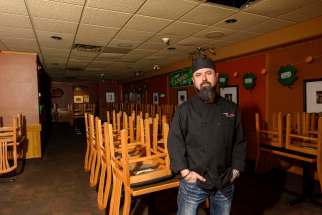 Look in mirror, repeat: ‘We’re not yet ready’ 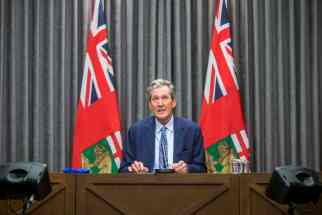 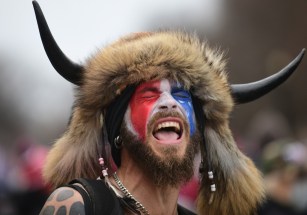 Luck, both good and bad 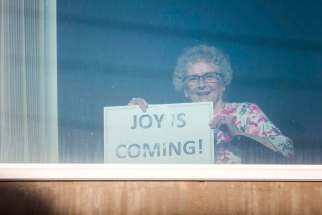 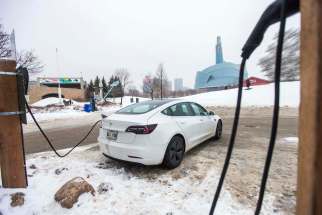 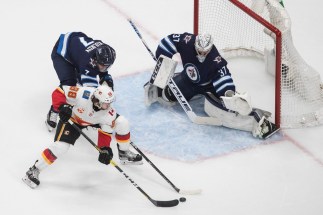 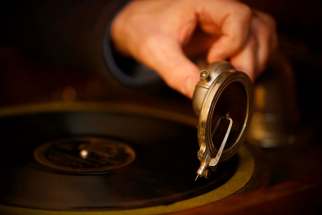 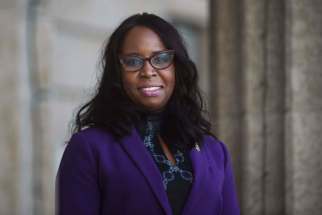