What is shaping up to be a lengthy and laboured campaign to immunize Manitobans against COVID-19 could be moving much faster if vaccines become plentiful.

What is shaping up to be a lengthy and laboured campaign to immunize Manitobans against COVID-19 could be moving much faster if vaccines become plentiful.

So says the medical lead for the province’s vaccine implementation task force in response to a growing wave of questions and concerns about the effort falling behind those elsewhere in the country.

“We already have a large enough number of people that have been hired that we could ramp up substantially with our vaccine rollout,” Dr. Joss Reimer told a news conference Wednesday afternoon.

“With a substantial expansion, and with the existing applications we’ve received, we could expand to the point of reaching all Manitobans by the end of April.”

Earlier in the day, the province briefed journalists on some of its vaccination rollout plans following weeks of mounting criticism over its unwillingness to share details.

Due to technical glitches with the province’s GoToMeeting hook-up, at least two media outlets, including the Free Press, did not get an opportunity to pose questions.

The province announced it has expanded vaccine eligibility, as well.

According to provincial officials, the province has the capacity to deliver 1.8 million doses by the end of April.

“We already have a large enough number of people that have been hired that we could ramp up substantially with our vaccine rollout.” – Dr. Joss Reimer

That works out to about 30,000 doses injected every two days beginning in March, provincial planning documents show, if the vaccines are available.

Reimer said the volume is attainable if super-site clinics at Winnipeg’s RBC Convention Centre, in Thompson and Brandon are expanded, a fourth large-scale clinic is added and more “focused immunization teams,” and pop-up or mobile clinics are deployed.

“With all of those together, we would be able to provide the high numbers of daily doses,” Reimer said.

But a trickle of Pfizer-BioNTech and Moderna vaccine deliveries has Manitoba currently projecting the injection of just over 170,000 doses by that time.

Meanwhile, 15,402 doses of the Pfizer vaccine are spoken for and will be injected at appointments in Winnipeg and Brandon, officials said, adding 2,000 doses of the Moderna vaccine are being set aside as first doses for personal-care home residents.

The province reported that 28,080 doses of the Pfizer vaccine have been received in Manitoba, though it was unclear Wednesday whether that number had increased due to an unreported shipment. On Sunday, the province reported 22,230 doses had been shipped here.

“Our intent really was to start in Week 1 with some broader ‘lessons learned’ type clinics to ensure that we were doing everything in both a safe and effective way.” – Dr. Joss Reimer

Currently, immunizations are being carried out at the 30-station convention centre clinic and by small teams at personal-care comes and on First Nations.

Last week, Premier Brian Pallister pledged to get the first dose of the vaccine to all care-home residents in 135 sites across the province within 28 days. Outbreaks in long-term care account for about half of Manitoba’s COVID-19 deaths.

That effort launched Monday and seemed to get off to a slow start with just 120 residents reportedly getting the vaccine by the end of day Tuesday.

Reimer said the results of Tuesday’s vaccination effort in personal-care homes were not available.

“Today, as well, I’ve heard that things went very well in Interlake-Eastern for their first personal-care home site,” Reimer said. “Our intent really was to start in Week 1 with some broader ‘lessons learned’-type clinics to ensure that we were doing everything in both a safe and effective way.

“Our schedule is going to ramp up quite quickly starting next week, where we’ll be doing multiple personal-care homes each day,” Reimer said, adding the schedule remains on track.

In order to administer 1,273 daily doses at the convention centre — about 300 more than is currently being done each day — the province requires the equivalent of 92 full-time staff, including 39 people giving injections, two clinic managers, six clinical leads, 39 navigators and six observers.

When Brandon’s Keystone Centre site is launched Monday it will require 44 overall staff to administer 603 doses per day.

As vaccines become more available and distribution is stable, Manitobans will be able to get the shot in medical offices and pharmacies. However, that won’t be feasible until new vaccines come onto the market that do not require the same stringent handling requirements as the two that are currently available.

In the future, “pop-up” or mobile sites will immunize people in various remote communities.

This month, officials project the province will administer an average of 1,563 doses of the vaccine per day, with a peak day of 2,503. Next month, they predict the average will be about 2,500 each day.

Current provincial estimates indicate about 70 per cent of the adult population of Manitoba could be vaccinated by the end of the year.

Reimer said more details about the expansion of eligible priority groups will be provided next week.

NDP Leader Wab Kinew said he believes Manitobans have so far received few details of the province’s vaccination plan because the government has been largely caught unprepared and is seeking “to avoid accountability.”

While the province may not be able to furnish some plan details owing to uncertainty over supply, it can say which groups will be vaccinated at which locations once a certain number of doses arrive, he said.

“We could see the broad strokes of a plan with the full understanding that the dates will follow once we have the doses in hand,” he said.

Updated on Thursday, January 14, 2021 5:19 AM CST: Corrects that Manitoba is currently projecting the injection of just over 170,000 doses by April. 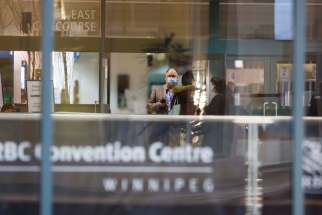 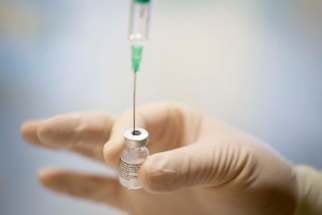 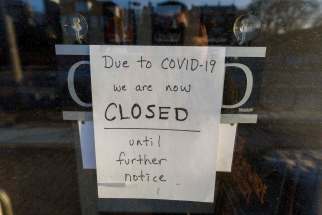 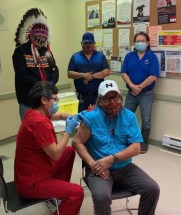 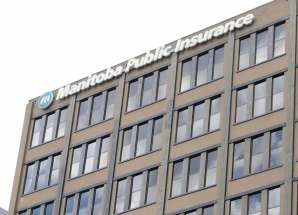 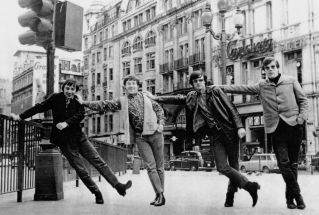 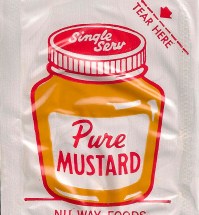 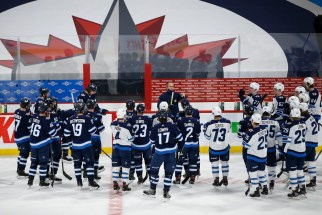 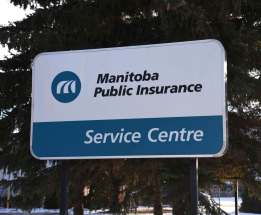