After months of staying apart, households in southern Manitoba will be allowed to host two visitors as of Saturday — but they must be the same two designated people, Manitoba's top doctor says.

After months of staying apart, households in southern Manitoba will be allowed to host two visitors as of Saturday — but they must be the same two designated people, Manitoba’s top doctor says.

“It doesn’t mean you can have two people in one day and a different two people the next day. You can choose the two people who will be allowed to visit your household,” chief provincial public health officer Dr. Brent Roussin said Thursday.

It marked the only change to Tuesday’s list of proposed relaxed rules that Roussin confirmed will kick in after 11:59 p.m. Friday for most of Manitoba. Restrictions will not be relaxed in the Northern Health region, which includes Churchill. Northern Manitoba has several COVID-19 hot spots and, on Thursday, the region had more cases (105) than Winnipeg (54).

“The orders are being expanded to allow increased personal connections and support the well-being of Manitobans,” Roussin said.

In addition to two designated indoor visitors, households will be allowed to have up to five people over to visit outdoors on their private property. Ten people, plus an officiant, will be allowed at funerals, and strict social distancing must be followed.

The new rules also allow for basic services that promote physical and mental health for Manitobans, said Roussin, who was joined by Premier Brian Pallister at the press conference.

The revised public health measures will be posted online as soon as they’re finalized and signed, Roussin said. They will expire Feb. 12.

They eliminate the essential-items list, allowing all retail stores to open as long as they maintain physical distancing and occupancy limits of 25 per cent, or a maximum of 250 people, whichever is less.

Unregulated health services, such as pedorthists (footwear specialists) and reflexologists, can reopen as long as they collect information for contact-tracing purposes and obey physical distancing requirements.

Barber shops and hair salons can reopen at 25 per cent capacity, but only to offer those services — not for body sugaring or manicures — and they must collect contact tracing information and follow physical distancing rules.

“This has to be a gradual and cautious process. We do not want to be opening and then closing, and then reopening again. Everyone is aware of the challenges that these restrictions have caused (for) Manitobans, but we just cannot overwhelm our health-care system. We cannot continue to lose so many Manitobans (at) the trajectory that we were on in October and November,” Roussin said.

Businesses that are not being allowed to reopen as of Saturday haven’t done anything wrong, he said.

“If we open everything now to where we were in October, we’ll be back on that trajectory.”

The premier asked Manitobans to keep their close contacts at a minimum.

“We want people to be able to see some friends, and identify two, and on your honour that’s what I’m asking you to do now,” Pallister said.

Manitobans are flattening the COVID-19 curve, and any changes to public health orders need to be sustainable, the premier said.

“The goal is to move forward and to make progress on an ongoing basis.”

Three more weeks of lockdown is not sustainable for businesses reeling under COVID-19 restrictions, say critics who want the province to provide more help to those forced to close.

“I think it’s going to be very, very important for the province to offer new financial support measures because everything that has been on offer up to now is not going to be enough to see many of these businesses through to the end of the month, never mind through the three-week period before when we may even entertain opening of these businesses,” said NDP Leader Wab Kinew.

Thousands of businesses that can open and operate at 25 per cent capacity need help now to survive, said Liberal Leader Dougald Lamont.

He cited a Canadian Federation of Independent Business statement that 100,000 jobs in Manitoba, and thousands of businesses, could be at risk if they don’t get the support they need.

“We cannot survive this pandemic driving thousands of businesses under and putting 100,000 people out of work,” Lamont said.

The premier has maintained his government offers among Canada’s most generous COVID-19 financial supports to businesses.

The province reported 105 new cases of COVID-19 in the Northern Health region out of a total 198. Winnipeg recorded 54 new infections followed by Prairie Mountain Health (17), Southern Health (13) and Interlake-Eastern (nine).

The five-day test positivity rate in Manitoba is 9.2 per cent. Within Winnipeg, the rate dropped to 6.6 per cent. On Wednesday, 2,269 tests were performed.

Five more Manitobans have died owing to COVID-19, according to provincial data.

The total number of COVID-19 deaths recorded in Manitoba to date is 793.

As of Thursday morning, 268 people were receiving care in hospital related to COVID-19, including 34 in intensive care.

Since last March, 28,089 cases of COVID-19 have been confirmed in Manitoba. 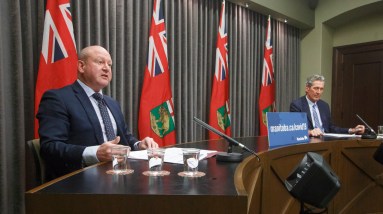 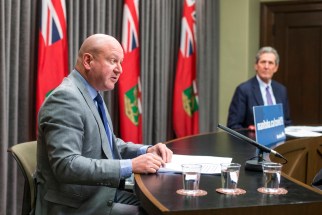 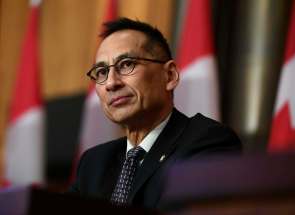 Some eager to connect, some willing to wait as province loosens pandemic restrictions 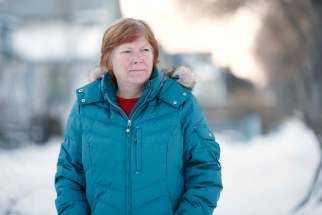 Snow class is in session… build your own chair 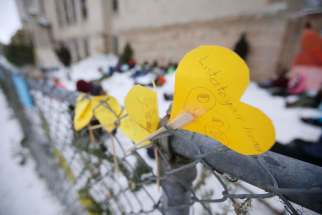 Winnipeg musicians respond to pandemic in different ways through music 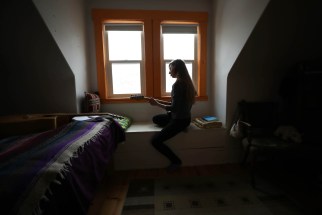 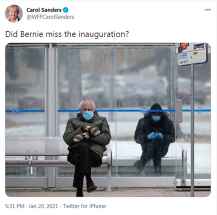 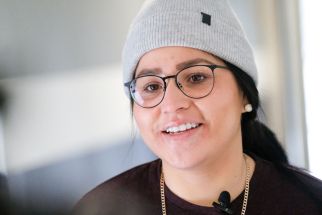 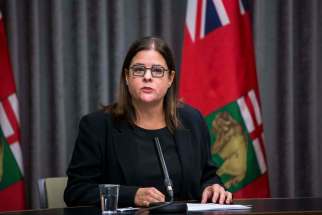