Premier Brian Pallister's announcement Thursday that Manitoba has agreed to purchase up to two million doses of a new COVID-19 vaccine was truly a masterpiece of political theatre.

Premier Brian Pallister’s announcement Thursday that Manitoba has agreed to purchase up to two million doses of a new COVID-19 vaccine was truly a masterpiece of political theatre.

In a move that could lead to friction with Ottawa, the Manitoba government has agreed to purchase two million doses of a yet-to-be-approved Canadian-made COVID-19 vaccine.

The vaccine candidate is being developed by Providence Therapeutics in Alberta and is a messenger RNA vaccine, similar to approved products developed by Pfizer-BioNTech and Moderna.

According to the province, the first clinical trial of the vaccine is underway and Health Canada could approve its use later this year. If approved, it would be manufactured and packaged in Winnipeg at Emergent BioSolutions at the University of Manitoba's Smartpark campus.

At a news conference Thursday, Premier Brian Pallister said "the No. 1 limiting factor" in protecting Manitobans from the coronavirus is the availability of vaccines.

With Prime Minister Justin Trudeau facing anger over delays in vaccine shipments to Canada, Pallister’s sudden claim that Manitoba has become the first province to secure its own vaccine supply outside the much-maligned federal supply chain is a winner on two fronts.

It plays well with Manitobans who are increasingly anxious about delays in the vaccination program. At the same time, it pours more gasoline on the vaccine-shortage fire that is threatening to engulf the Trudeau government.

Alas, as effective as this was as political cudgel, Pallister’s tendency to exaggerate and overplay his hand is, once again, plainly evident in this announcement.

Pallister said Manitoba had “agreed to purchase” two million doses of a mRNA COVID-19 vaccine being developed by Calgary-based company Providence Therapeutics and produced at a Winnipeg facility operated by Emergent BioSolutions, a Maryland-based biomedical company.

Pallister said “federal approval of the new (Providence) vaccine is expected later this year.” Once approved, the premier insisted the deal would give Manitobans “access to a secure supply of a promising new vaccine.”

The inconvenient truth is that Pallister is counting his vaccines before they are hatched.

The Providence vaccine is currently in Stage 1 clinical trials, which means it still has to get through Stage 2 and 3 before it could even apply for approval.

Approval before year’s end is not outside the realm of possibility, particularly since the technology used by Providence is identical to the Moderna and Pfizer vaccines. However, in a Jan. 21 news release, Providence admitted that “commercialization” of its vaccine may not begin until early 2022.

By that time, federal procurement may have caught up with demand.

Both Pfizer and Moderna have assured Canada that production problems that slowed deliveries in January and February will largely be solved by spring and increases in shipments will start next week.

As well, the federal government has invested $125 million in a National Research Council facility in Montreal to produce up to 52 million doses of a vaccine developed by Novavax starting this fall which has already been submitted for approval.

In total, Ottawa has signed more than $1 billion in procurement deals with five other vaccine manufacturers in addition to Moderna and Pfizer. That has allowed the Trudeau government to renew its pledge to have enough vaccine for every Canadian that wants to be vaccinated by September.

And where does that leave Providence?

Providence got $5 million from the federal government last fall to support Stage 1 trials and another $5 million in January. Even with that support, last week the company issued a news release pleading with Ottawa to approve a request for $150 million to complete clinical trials.

However, Providence confirmed this week the Trudeau government had not responded to its offer.

The uncertainty surrounding Providence is perhaps why Pallister did not divulge any financial details of its deal with Manitoba. A spokeswoman for Pallister could only say that Manitoba has a “preliminary agreement” with Providence and that no money had changed hands. Full financial details won’t be forthcoming until a final deal is signed.

There is also a lack of clarity around the cost-effectiveness of a parallel vaccine deal.

Pallister claimed the Providence vaccine would be sold to Manitoba for a better price than what Ottawa’s paying for vaccines based on similar technology. However, he also admitted he doesn’t really know how much Canada is paying for those other vaccines because he hasn’t seen the federal contracts.

The final bit of uncertainty that affects Pallister’s side deal is, of course, the impact of COVID-19 variants.

The uncertainty surrounding Providence is perhaps why Pallister did not divulge any financial details of its deal with Manitoba.

Right now, vaccine-makers are scrambling to see if their products are effective against the variants, with widely differing results. It is simply impossible to determine whether the Providence vaccine will be effective against the variants. Making a commitment to purchase a quantity of an unproven vaccine that is only at the first stage of clinical trials is, at best, a long shot.

The Trudeau government has struggled mightily to acquire vaccines, of this there is no doubt. And Trudeau will suffer the political consequences if the vaccine-makers do not deliver on promises to increase supply starting in April.

However, the seeds of Canada’s vaccine shortage — which stem from a complete lack of domestic manufacturing capacity — were sown over many decades by governments of all stripes. For better or worse, Canada allowed Big Pharma to close down manufacturing facilities and consolidate them in other countries. And now, we’re paying the price for those policies.

If Manitoba was able to acquire its own supply of vaccine at a reasonable price without disrupting any of the national procurement contracts, then this would be a coup and Pallister would be entitled to perform an end-zone dance.

But as is his way, Pallister has started his celebration before the ball is over the goal line. And that’s a bad look for any political leader at a time like this.

CEO promises Manitobans vaccine will be ready day after approval 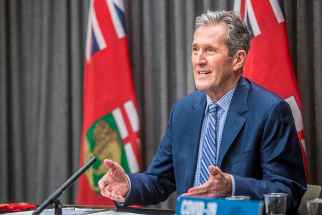 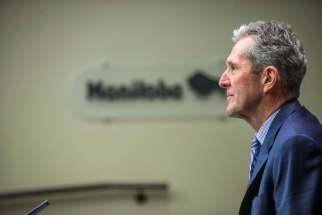 Dr. Joss Reimer seeks to save lives, earn trust as face and voice of vaccine rollout 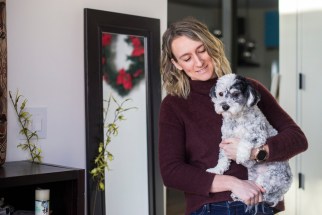 If we’re going with science, inoculate the elderly… period 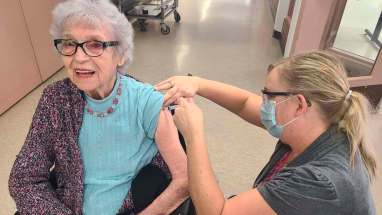 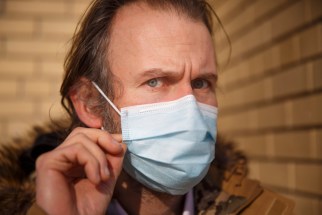 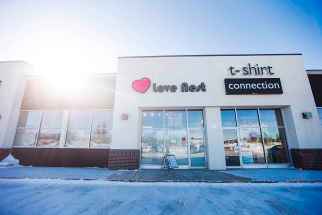 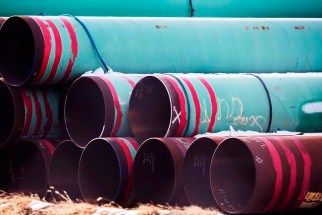