The Manitoba government has ordered an in-depth review into the 2018 death of a three-year-old First Nations boy who was taken to a nursing station with broken bones and cigarette burns on his body.

The Manitoba government has ordered an in-depth review into the 2018 death of a three-year-old First Nations boy who was taken to a nursing station with broken bones and cigarette burns on his body.

The child from Little Grand Rapids, who couldn’t walk and suffered from seizures, died on Aug. 23, 2018, after allegedly being abused. Community members have demanded accountability for the death of the child.

On Monday, police announced the arrests of Alayna Flett, 21, and Houston Bushie, 24, who were serving as the temporary guardians of the toddler and his three elder siblings in the months before his death. They have been charged with failure to provide the necessaries of life.

Man charged in boy's death has history of assault

“There are a lot of questions that need to be answered,” said Squires. “That is why I’m ordering a Section 4 review,” she said.

Such reviews have been conducted following the deaths of five-year-old Phoenix Sinclair in 2005 and two-year-old Gage Guimond in 2007.

Squires later stressed that the review’s findings would not be made public.

“Section four reviews lead to reports with recommendations based on their findings, though they are not made public because they are generally based on case reviews and the confidentiality of the families involved must be maintained,” she said.

Manitoba’s advocate for children and youth was notified of 1,383 deaths of Manitoba children between birth and five years of age from Sept. 15, 2008 and March 31, 2020. Earlier this month, the advocate’s office released a report on 19 maltreatment deaths of children during that time, calling on the province to act on the 62 recommendations of the Phoenix Sinclair inquiry report.

“I am always saddened to hear of the death of a child, especially any death due to maltreatment,” acting children’s advocate Ainsley Krone said Wednesday.

“We need to work together as a province to prevent maltreatment, looking after children, youth and families… so we can improve safety for children and prevent future deaths,” she said.

Her office confirmed in 2018 that Abel’s death was within the scope of the children’s advocate to review. It reviews any death of a child or youth under age 21 where there has been any involvement by CFS in the preceding 12 months, including cases where a CFS file was closed, as well as any other type of CFS file that is open at the time of the death.

“I have been in contact with the Little Grand Rapids community and have provided information, on their request, about our current and pending involvement in the review of the death,” Krone said.

She said they can’t do any further investigating until criminal matters have concluded. Once those are dealt with, they will conduct a review of files associated with the child and their family, interviews with people who knew and loved the child, and try to determine gaps in the system, said Krone.

“I have been in contact with the Little Grand Rapids community and have provided information, on their request, about our current and pending involvement in the review of the death.” – Acting children’s advocate Ainsley Krone

Until Manitoba’s child welfare workers are regulated — one of the 62 recommendations of the Phoenix Sinclair inquiry — children will continue to fall through the cracks, says the registrar of the Manitoba College of Social Workers.

“The Department of Families continues to employ unlicensed child welfare workers and fund agencies who employ unlicensed child welfare workers,” said Barbara Temmerman. “Every year, the Manitoba College of Social Workers receives multiple complaints regarding unregistered practitioners whom the public believes are registered and regulated social workers,” she said Wednesday. In some cases, it’s youth who are complaining and they’re told the college cannot assist them — “that their voices cannot be heard — because the college does not have jurisdiction to evaluate their concerns,” she said.

“Providing the skilled, regulated services of professional social workers is a key component of what has been missing in the child welfare system in Manitoba,” Temmerman said Wednesday.

Squires said that while she is committed to fulfilling the recommendations of the Phoenix Sinclair inquiry and registering social workers employed by the province, it is not within her purview to order that all CFS authorities and agencies ensure their child welfare workers are registered with the profession. She said they receive funding and make their own hiring and spending decisions.

New Democrat Bernadette Smith said the buck stops with the families minister who is responsible for making sure children are safe. Smith said the province doesn’t provide enough funding to CFS authorities and agencies.

“So many families are in need of support,” Smith said. “In remote communities, there’s not a lot of support.” Too often, struggling families don’t get the help they need to stay together and avoid having children apprehended, she said. Child welfare agencies that receive block funding for the basics don’t have any funding for prevention, she said.

“We have a broken system and successive governments have not actually put the money into fixing what needs to work at the ground level,” said Liberal Leader Dougald Lamont. “Drug abuse, mental illness, homelessness, poverty, broken families, sexually exploited youth — it all ends up in the hands of CFS because CFS can’t turn anyone away,” he said.

“CFS is a colossal tragedy and a failure because so many other systems have been ignored,” he said. Tragedies, such as the deaths of Abel Flett and Phoenix Sinclair, have become routine, he said.

“It is the single greatest failure of Manitoba, as a province — to keep these kids safe.”

Updated on Wednesday, March 24, 2021 8:27 PM CDT: Adds Squires comments that review findings would not be made public. 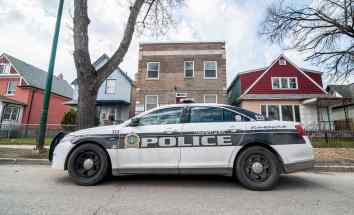 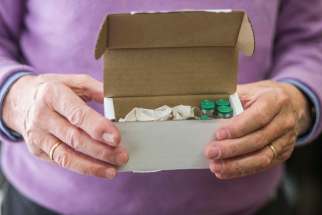 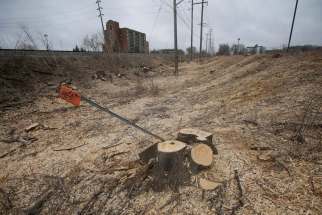 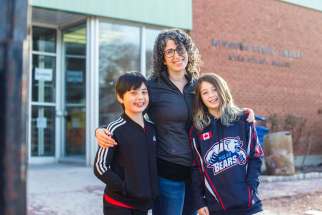 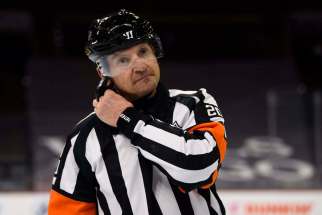 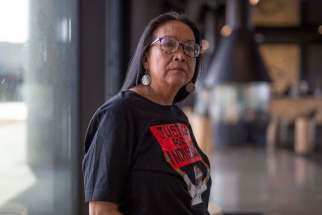