Manitoba’s COVID-19 vaccine rollout hit another setback Monday, after the province hit pause on the use of the AstraZeneca vaccine in people younger than age 55.

Manitoba’s COVID-19 vaccine rollout hit another setback Monday, after the province hit pause on the use of the AstraZeneca vaccine in people younger than age 55.

A serious but rare side-effect reported among young European women related to the AstraZeneca COVID-19 vaccine has forced the province to stop offering the fridge-stable shot to people under 55, Dr. Joss Reimer said Monday.

Reimer, medical lead for the provincial COVID-19 task force, said the change to provincial guidance on the use of the vaccine comes in the wake of emerging data that shows a risk of less than one in 100,000 of vaccine-induced prothrombotic immune thrombocytopenia, a blood-clotting condition.

“Despite the findings that there was no increased risk of blood clots overall related to AstraZeneca in Europe, a rare but very serious side-effect has been seen primarily in young women in Europe,” Reimer said during a news briefing Monday afternoon.

“This is a pause while we wait for more information to better understand what we are seeing Europe,” she said.

So far, Manitoba has received 18,000 doses of the AstraZeneca/Covishield vaccine manufactured at the Serum Institute of India, 14,000 of which have been distributed to patients through local pharmacists and doctors; 3,500 went to people under the age of 55, the province said.

“Because the data is so new, that’s why we want to pause with younger people, so we have that chance to collect better data and have a better understanding of exactly what the risks are,” Reimer said.

“We want this vaccine program to be safe, and while we still believe that probably the benefits for all ages outweigh the risks, I’m not comfortable with ‘probably.’”

Reimer said appointments for people under 55 who were to get the AstraZeneca vaccine need to be cancelled and doctors and pharmacists will reach out to patients.

The province could not say Monday how many appointments might be cancelled as pharmacists and doctors booked the shots directly.

“We want this vaccine program to be safe, and while we still believe that probably the benefits for all ages outweigh the risks, I’m not comfortable with ‘probably.’” – Dr. Joss Reimer

“There may be a small number of vaccine appointments that need to be cancelled but I’m sure that physicians will be able to find patients over 55 that they’re able to vaccinate,” Baillie said. “And there’s further guidance from Manitoba Health that if there’s a risk of the vaccine expiring, that physicians or pharmacists can provide the vaccine to Manitobans over age 65 regardless of medical conditions.”

So far, Baillie said the rollout through doctors’ offices has gone smoothly and people have been eager to sign up for the AstraZeneca product.

“The biggest issue has been just not enough vaccine,” Baillie said.

Moving forward, the province’s special criteria list for the AstraZeneca vaccine, which includes a number of health conditions that can increase risk of severe outcomes from COVID-19, will still be used to guide prioritization of the product for people between the ages of 55 and 64 in Manitoba.

Another 54,600 doses of the vaccine, this time from the United States, are set to arrive in Manitoba this week.

The National Advisory Committee on Immunization also updated its guidance for the vaccine Monday. In a statement, NACI said while Health Canada continues to investigate the reported side-effect, adults 55 and older may still be offered the shot with informed consent, given the increased risk of hospitalization and death due to COVID-19, and because the condition appears to be rarer among older adults.

Meanwhile, age eligibility criteria for the COVID-19 vaccine has been lowered to 44 for members of First Nations and 64 for other Manitobans.

Appointments can be booked to receive either the Pfizer-BioNTech or Moderna vaccine at all five mass vaccination clinics and at pop-up clinics in rural communities, the province said.

It is still too early to know whether the change to AstraZeneca eligibility will impact the timeline to give all adult Manitobans (assuming 70 per cent uptake) a single dose of vaccine by late May, or what impact the decision has on Canadians under 55 who have already received their first dose of the AstraZeneca vaccine.

“There may be a small number of vaccine appointments that need to be cancelled but I’m sure that physicians will be able to find patients over 55 that they’re able to vaccinate.” – Doctors Manitoba president Dr. Cory Baillie

For those Canadians, NACI said a decision on which “type of second dose that will be offered” will be based on the latest available research.

Reimer said the delay between first and second doses — as long as four months — will also give medical experts additional time to review and collect data before making a decision on second doses.

Under a high-supply scenario, the province said it would be able to immunize all adult Manitobans with a single dose of vaccine by May 21. With lower, or irregular supply, that timeline was extended to mid-June.

However, the province was relying on regular shipments of the AstraZeneca product, as well as the Johnson & Johnson or another yet-to-be-approved vaccine, to meet the May 21 deadline. A provincial spokesman said Manitoba has been told by the federal government that it will receive 94,200 more doses of AstraZeneca over the next three months.

“Meanwhile, AstraZeneca is still being administered to those within the appropriate age eligibility, and as long as other vaccines continue to be received, we do not anticipate a low-range scenario,” the spokesman said.

As of Monday, provincial data showed that 189,307 doses of vaccine had been given in Manitoba (including on First Nations), representing about 76.27 per cent of the vaccine supply the province has received from Ottawa.

Reimer apologized Monday to the hundreds of people who waited hours in lengthy queues at the mass vaccination clinic at the RBC Convention Centre in downtown Winnipeg Friday.

The province said an issue with the software it uses to schedule staff caused the clinic to be shorthanded Friday. At least 75 city employees were called to work at the clinic to make up the difference.

“While Friday was not the way we wanted to go, those lessons have been implemented and things are going much better today,” Reimer said, adding the wait times for patients at the Winnipeg clinic was 10 to 20 minutes Monday.

On Sunday, the province reported that only 798 doses were given to people in Manitoba. However, a provincial spokesman said the data was not complete and that the province was experiencing a two- to three-day lag on data entry.

Officials with the task force said that this week Manitoba will administer as many as 8,000 doses daily through the province’s immunization network and near 10,000 daily doses when taking into account immunizations by First Nations and at clinics and pharmacies.

The province won’t fully test its announced capacity of 20,000 doses a day until late April or early May when vaccine shipments increase, Reimer said.

Doctors Manitoba has compiled answers to some of the most common questions and concerns Manitobans have about COVID-19 vaccines on its immunization website.

Manitobavaccine.ca is an initiative of Doctors Manitoba and launched earlier this year to help people make sense of COVID-19 vaccines and make an informed decision to get the shot.

A new question-and-answer page has been added to address questions related to safety, effectiveness and pre-existing medical conditions based off thousands of questions that people submitted to Doctors Manitoba.

Dr. Cory Baillie, president of the physicians’ organization, said doctors in the province also hear regularly from their patients who wonder whether they should get a COVID-19 vaccine due to pre-existing health conditions or medications they’re taking.

Safety and effectiveness of the various vaccine products are also top of mind for Manitobans, especially as the federal government has changed its recommendation for the use of the AstraZeneca vaccine after the product was linked to a very rare blood-clotting condition in Europe, Baillie said.

“I hope that this sends a message of confidence to Manitobans that the vaccines are monitored closely, and so that even a very rare potential issue identified in another country triggers precaution here in Canada to ensure that we stay safe,” Baillie said.

More than 153,000 people have used the Doctors Manitoba website to check when they will be eligible for a COVID-19 vaccine. 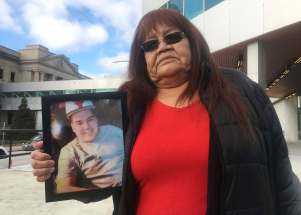 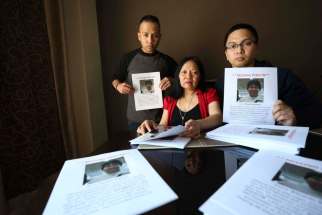 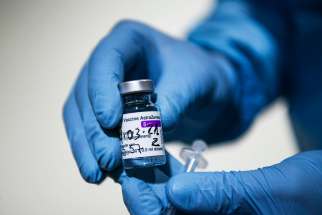 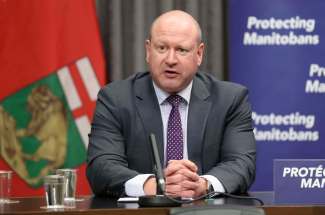 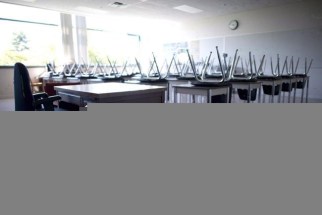 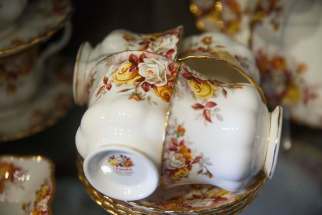 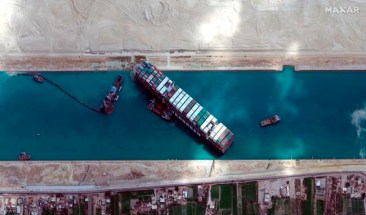